Bailey Whitty was sure to command attention as she put on a very busty display while enjoying a girls’ night out in London on Friday.

The Absolutely Ascot star, 21, flaunted her sizzling curves in a plunging green velvet crop top paired with a sexy lace bra as she arrived at Crazy Pizza in Mayfair.

Ensuring all eyes were on her, the brunette beauty also showcased her toned legs in a pair of khaki trousers which cut off into shorts on one side

Wow: Bailey Whitty was sure to command attention as she put on a very busty display in a lace bra and plunging velvet top while enjoying a girls’ night out in London on Friday

Bailey exuded confidence as she worked all her angles and highlighted her sensational physique in the figure-hugging ensemble.

She wore her long locks down and perfectly styled into curls, letting her shining tresses cascade over her shoulders.

Not forgetting to accessorise, Bailey added a pair of gold heels as well as a stylish necklace and watch to complete her glam look. 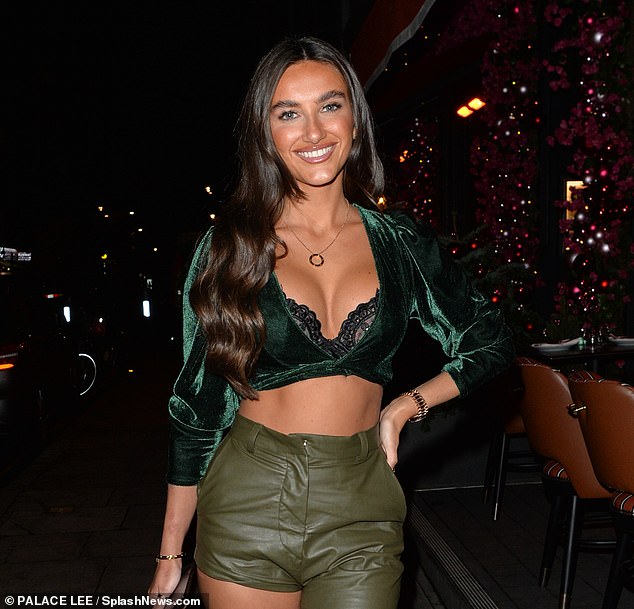 Stunning: The Absolutely Ascot star, 21, also flashed her washboard abs as she rocked a funky pair of trousers and the tiny top

Once inside the venue, Bailey appeared to be having a fabulous time as things got a little rowdy and she danced on her chair.

The beauty sang along with the music and even held a sparkler in her mouth at one point as she partied the night away.

Bailey was also seen hitting the town on Monday with her pal Mia Sully, with the star then option for a red and white patterned corset-style bralet. 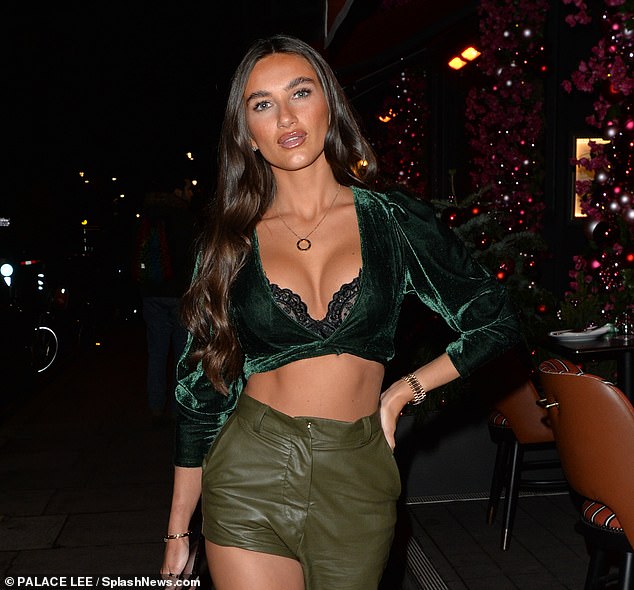 Looking good: Bailey added a selection of stylish accessories, including a necklace and watch, to complete her ensemble

Work it: The brunette beauty also showcased her toned legs in a pair of khaki trousers which cut off into shorts on one side 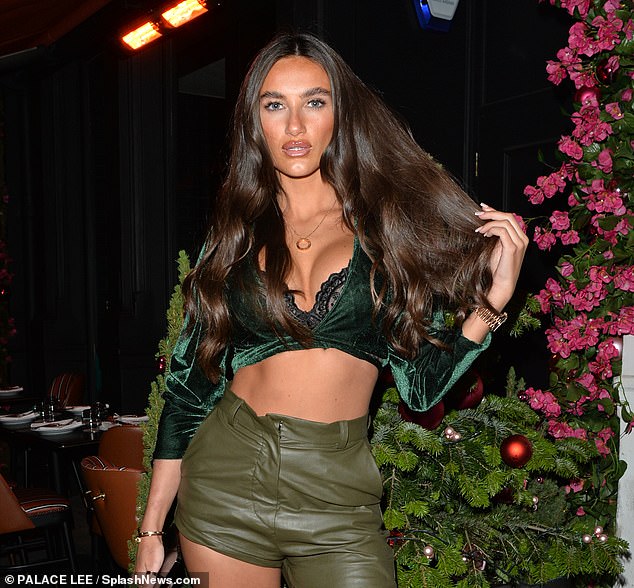 Style: Bailey exuded confidence as she posed up a storm outside Crazy Pizza

The duo headed to MKNY house to kick off the week and both shared snaps from the night out to Instagram, with Bailey penning: ‘The dream team are out’.

Absolutely Ascot is a controversial reality show which followed the lives of the ‘unique community’ of people living in the Berkshire town of Ascot.

In 2018, the series caused drama with locals as they decided to launch a petition for the ITVBe show to change its name. 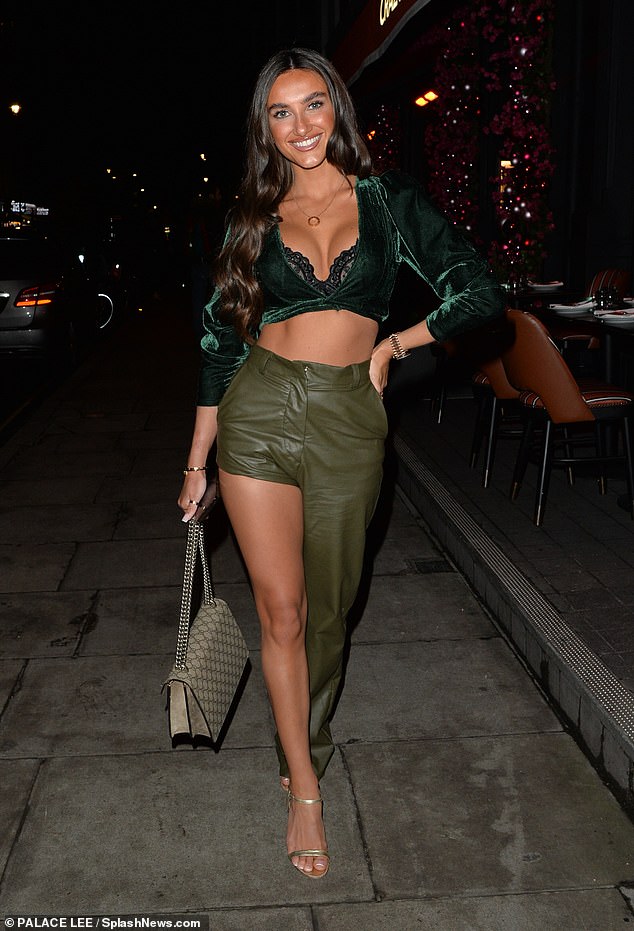 Glam: She added a little extra height to her frame with a pair of strappy gold heels 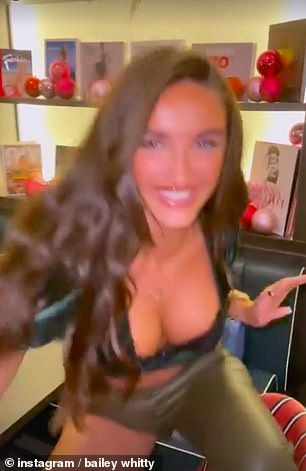 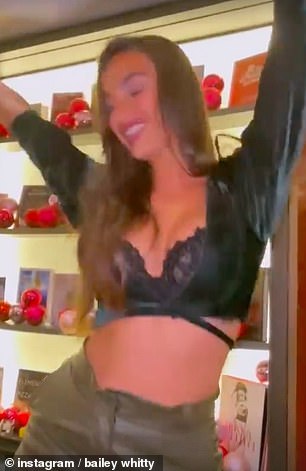 Getting rowdy! Bailey appeared to be having a fabulous time as she danced on her chair inside the restaurant 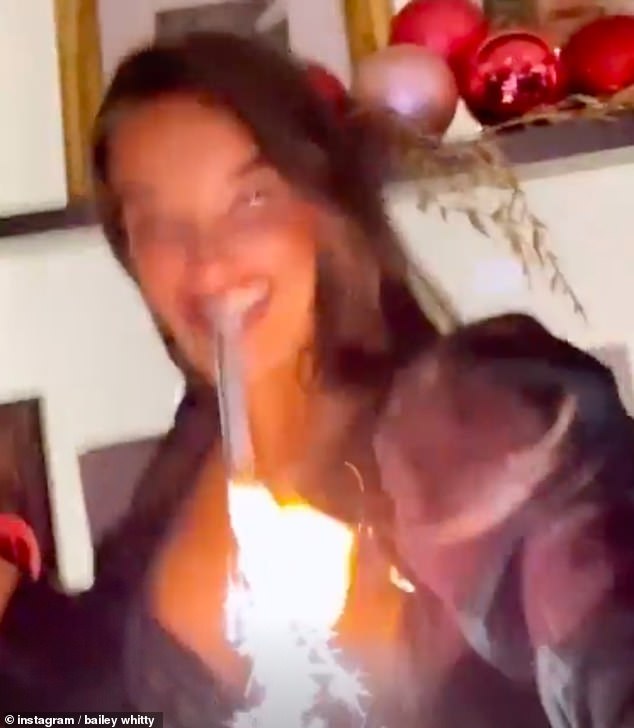 Having fun! At one point Bailey even held a sparkler in her mouth as she danced

A campaign was formed on the official parliament petitions website under the name: ‘False Advertising- ITV to rename show, as ‘stars’ are not actually from Ascot’.

The post stated: ‘TV show ‘Absolutely Ascot’ is a gross misrepresentation of a good area and many of its habitants are embarrassed by the recent advert broadcast on ITV.

‘Ascot is a sought after area to live in and many people are concerned that the programme will destroy its positive reputation.’ 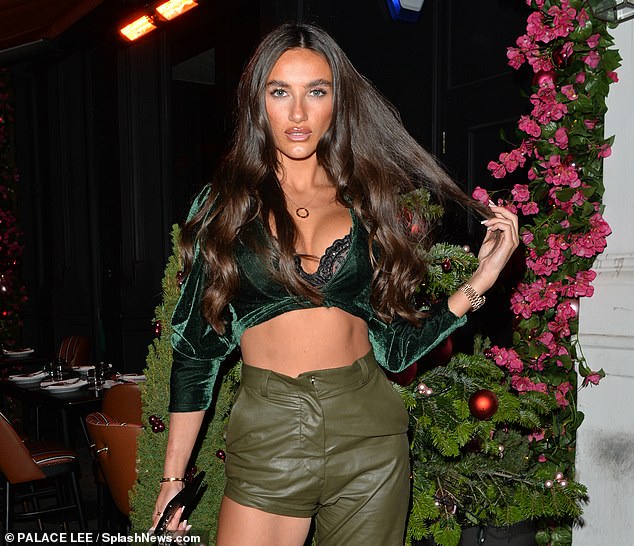 Sizzling: Bailey highlighted her sensational physique in the figure-hugging ensemble