Abusive boyfriend is jailed for two years after subjecting his pregnant girlfriend, 21, to campaign of violence including slapping her in the stomach after she vowed to keep their baby

A young mother-to-be was slapped in the stomach and subjected to a violent hate campaign by her abusive boyfriend after she vowed to keep their unborn baby.

Pregnant Nicole McStravick, 21,  branded a ‘fat tramp’ by Victor Sibthorpe, was throttled by him until she could barely breathe and had a knife held to her throat after she refused to have a termination.

In one incident Miss McStravick asked 21-year old Sibthorpe if he wanted to help her choose a name for the child but he rang her in a rage as she was with a work colleague and made threats towards her. In a series of WhatsApp message Sibthorpe who already had a child with another woman said: ‘I will give you a reason to never want to see me again.’ 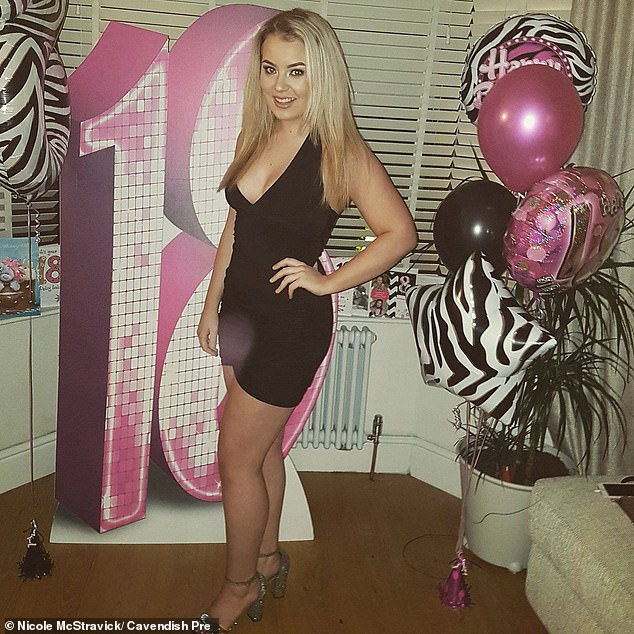 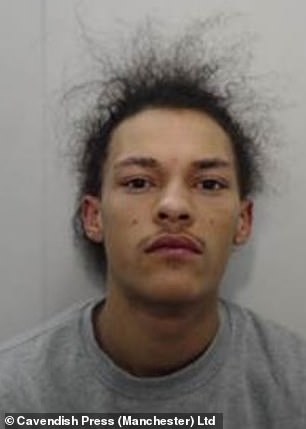 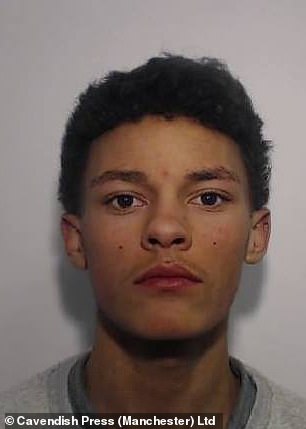 Victor Sibthorpe, 21, had 62 previous convictions. He was jailed for two years and three months and banned from contacting Ms McStravick indefinitely 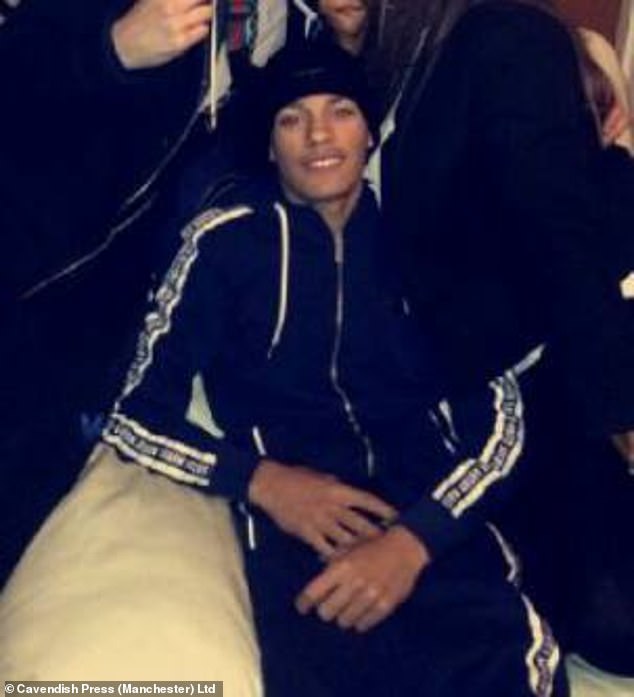 In other incidents, he also dragged Miss McStavick’s legs out of a car, broke her phone and threw a lit cigarette at her. During another encounter Sibthorpe slapped a packet of cigarettes against the victim’s stomach – causing her to go to hospital to make sure the assault had not had an effect on her pregnancy. She was given the all clear by doctors.

At Manchester Crown Court, Sibthorpe, from the city’s Crumpsall district admitted assault, criminal damage and sending malicious communications and was jailed for two years and three months. He was also banned from contacting Miss McStravick indefinitely under the terms of a restraining order.

The court heard the pair originally met at school and began their relationship in May 2018 and was soon subjected to intimidation and violence.

One attack took place on Boxing Day, 2019 when Sibthrope threw a lit cigarette at her.

It was not mentioned in court whether Ms McStravick has had her baby yet.

According to Gavin Howie, prosecuting, Ms McStravick’s father allowed Sibthorpe into his daughter’s bedroom as he had been unaware of the violent incidents and threats.

He said: ‘He [Sibthorpe] put his hands around her neck and squeezed it enough for her to have difficulty breathing while calling her a ‘dumb b***h’ and a ‘s**g’ before holding a knife to her throat. He then punched her causing a bruise.

‘At this point she lost her temper and pushed him into her bedroom door before striking him with some force and said the relationship was all over.

‘He continued to message her and she told him he should get help. She agreed to see him the next day and messages were then exchanged between them for the next ten days.’ 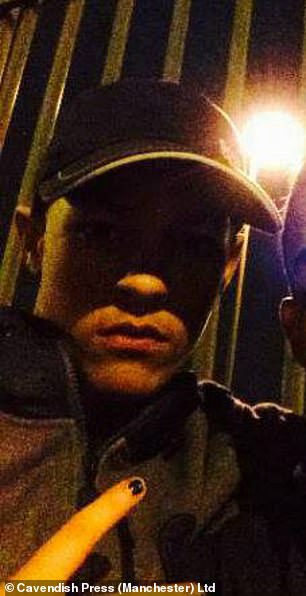 The former couple had a row over the phone on January 14 about a potential name for the unborn child. A colleague of Ms McStravick overheard the loud threats being made over the phone and advised her to call the police, which she did.

Sibthorpe was arrested on January 17 and a lock knife was recovered from the front of his trousers. He gave no comment in police interview. The court heard he had 62 previous offences on his record mainly for motoring matters like dangerous driving and driving whilst disqualified.

Sentencing Judge Anthony Cross QC told him: ‘I accept you have had a difficult start in life but you have an extremely unattractive record. Your record shows you hold authority and those who have tried to help you in the past in contempt. If I were to not impose an immediate custodial sentence upon you I would be failing in my public duty.’