A murderous husband who killed his first wife bragged of his crimes to his new partner ahead of slaughtering their 16-month-old son, a new documentary has revealed.

Mother-of-two Kimberly Diane Greene, from Colorado, was murdered in 1996, aged 19, at the hands of her abusive husband Michael Medina.

The case remained unsolved until 2005, and the killer re-married a woman called Rebecca Garel, with whom he had baby son Degan.

But things quickly turned sour – when Medina began to  physically and verbally abuse his new wife, as well as gambling away their savings.

When Rebecca decided to leave with all three children, Medina’s behaviour became ‘bizarrely evil’, with the murderer stalking her before taking her hostage and ‘graphically’ admitting to killing Kimberly.

Mother-of-two Kimberly Diane Greene was murdered in 1996 at the age of 19, at the hands of her abusive husband Michael Medina, a case that remained unsolved until 2005 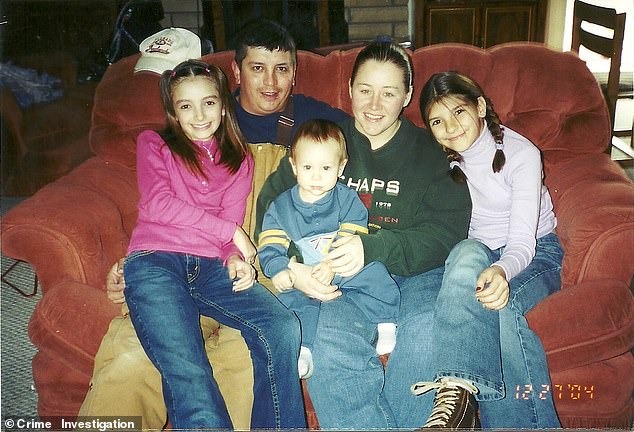 Medina (pictured with his three children and second wife Rebecca) re-married Rebecca Garel (pictured middle)  in 1998, with whom he had baby son Degan

He warned that he would murder their baby son Degan if she told anyone, later carrying out the threat when Rebecca informed family members of what Medina had told her.

Medina would often sneak into Rebecca’s house using keys he had cut, use her car without permission and keep notebooks of where she went and who she spoke to.

As his jealousy began to escalate, his behaviour became increasingly erratic, with Brauchler revealing: ‘He let her know he had been hiding in her closet while she took a shower and that he had come over and done other things, bizarre inexplicable things. 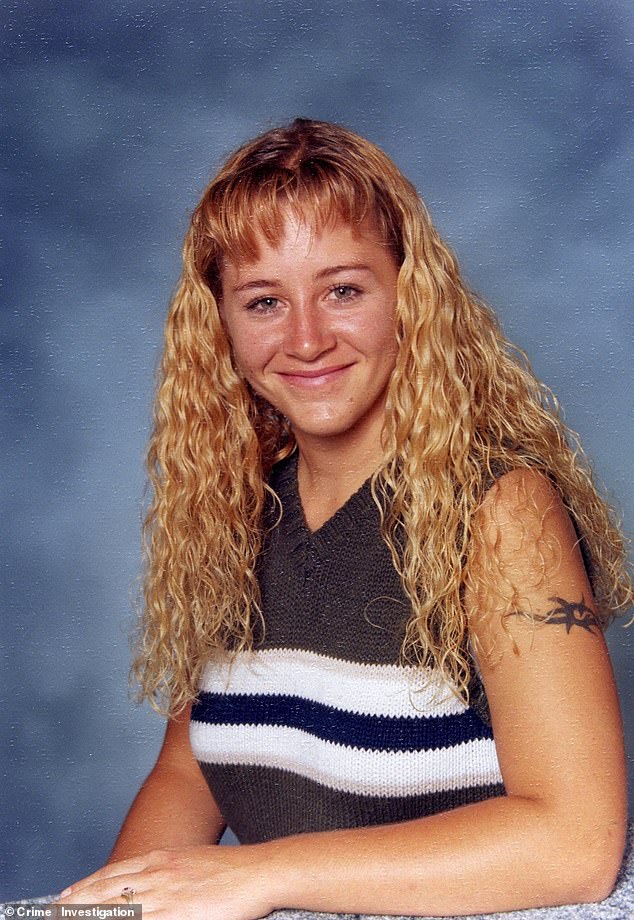 Rebecca decided to leave with all three children 16-months after the birth of her first child Degan, after years of physical and verbal abuse at the hands of Medina

‘Like he urinated on her toothbrush. He had ejaculated in a cup and mixed it up in her food in the refrigerator so she would end up eating it.’

On May 20th, 2005, Brauchler says things turned ‘bizarrely evil and violent’, with Medina taking his wife hostage and repeatedly accusing her of cheating on him.

‘He had duct tape and a box cutter and says “I’m not going to hurt you, but i’m going to talk to you and know that you can’t say anything and you need to listen to me”.

Medina threatened to slit his son’s throat in order to cause the ‘same pain’ he’d felt from her alleged cheating, and informed her that he had killed his first wife in 1992, so his threats would be taken seriously. 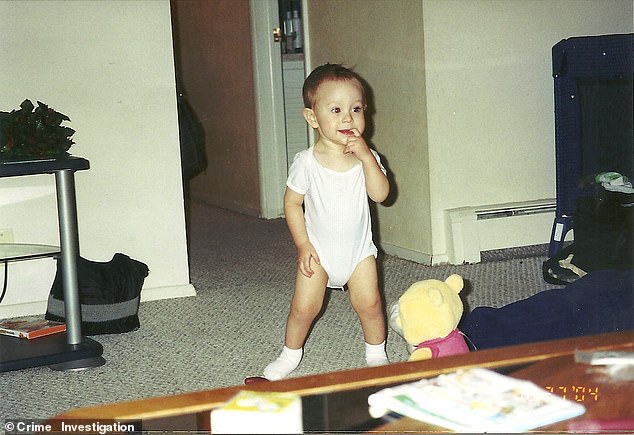 Kimberly was just 15 when she fell pregnant with a 21-year-old Medina’s baby, and after three years in an abusive marriage confided in her family that she would be seeking a divorce.

One week later, on October 31, Kimberly was reported missing to the police by Medina, who would maintain for years that his wife had abandoned him and their two daughters.

Over the years the search for Kimberly went cold, and Medina moved his two daughters to his hometown 230 miles away – where he met Rebecca Garel in 1998.

But while holding Rebecca hostage, the killer revealed what had actually happened to his first wife, who he beat over the head before burying alive.

‘He talks about how they had been having an argument and how stupid she was getting in the car with him’, said Morlan. 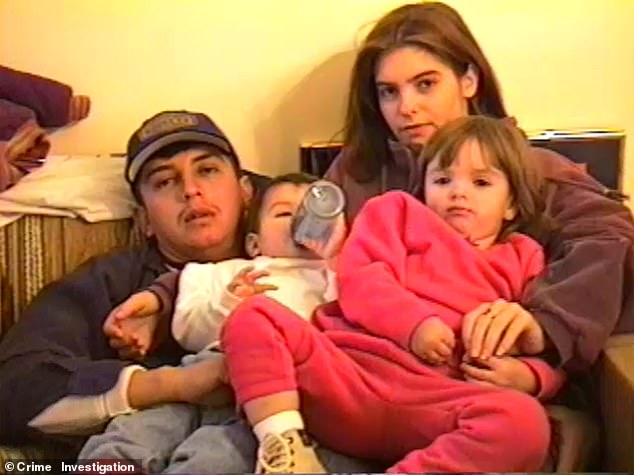 Kimberly was just 15 when she fell pregnant with a 21-year-old Medina’s baby, and after three years in an abusive marriage confided in her family that she would be seeking a divorce

The killer took Kimberly to a secluded location with a pre-dug hole before ‘asking for a hug’, tying her hoodie over her head and retrieving a baseball bat he had hidden behind him.

He described to Rebecca feeling how ‘soft and squishy’ the back of his first wife’s head was after he hit her and forced her into the hole in the ground, where he eventually buried her alive.

‘He was re-living the murder of his wife in front of her’, said Morlan.

Brauchler added: ‘He tells Becky all of this because he wants her to believe with every fibre of her being that when he says he would kill their son, he is capable of doing it and importantly getting away with it’. 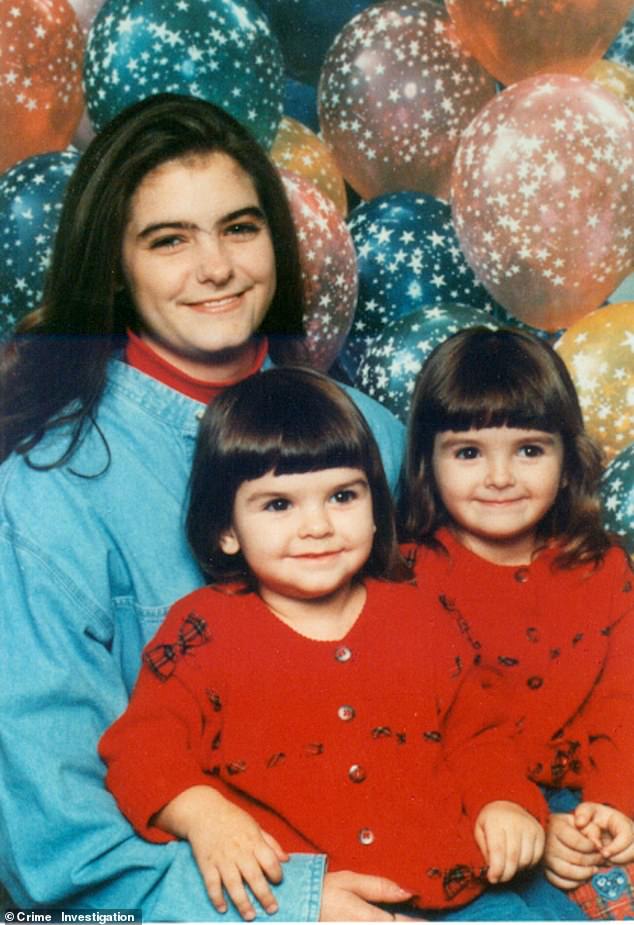 One week later, on 31 October, Kimberly was reported missing to the police by Medina, who would maintain for years that his wife had abandoned him and their two daughters

‘And she was watching him go through all of the emotions he was going through during the homicide, and convinced her he was 100 per cent telling the truth. ‘

After revealing his crimes to Rebecca, the mother remained calm, and convinced the killer that she would keep quiet about his crimes.

She persuaded Medina to let her leave the house to visit her aunt and uncle Ron and Linda Howard, but under the condition that Degan remained with him.

Medina had followed her and saw local authorities arrive at her aunt and uncle’s home.

‘At some point he calls up his brother, who is a huge advocate of his and a huge supporter of his and says can you come and get the girls’, told Brauchler. 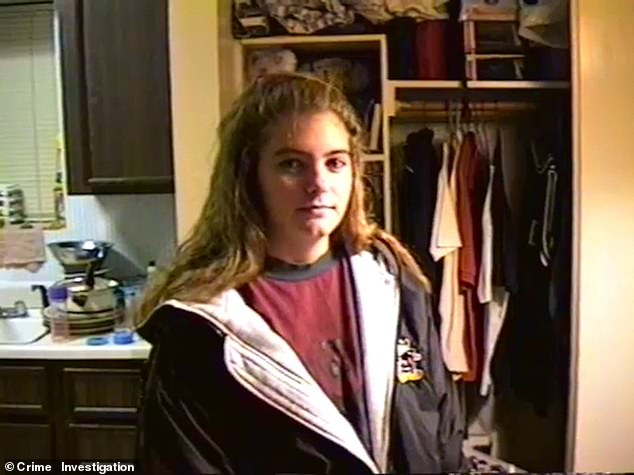 In November 15, 2013, Medina was found guilty of the first-degree murder of Kimberly Greene-Medina. He was sentenced to life in prison without parole

‘He tells the little girls to say goodbye to their young brother Degan.’

Medina then drove 16-month-old Degan to farmland, where he drowned him in water sewage before fleeing the scene. Within hours the body was found and Medina apprehended by police.

In July 2006 to Medina was sentenced to 48 years in prison after pleading guilty to child abuse and recklessly causing his son’s death.

Despite no new body or murder weapon, in October 2011 investigators believed they had enough stacked enough evidence to charge him for the kidnapping and murder of his first wife.

Following Rebecca’s testimony in November 15, 2013, Medina was found guilty of the first-degree murder of Kimberly Greene-Medina. He was sentenced to life in prison without parole.