AC Milan have enquired about the loan availability of Chelsea defender Fikayo Tomori, according to reports.

The 23-year-old has been limited to four appearances in all competitions for Frank Lampard’s Blues so far this season, including just 45 minutes of Premier League football.

Chelsea head coach Lampard confirmed after the Blues’ FA Cup victory over Morecambe on Sunday that Tomori could depart Stamford Bridge on a temporary basis despite coming off the bench against the League Two side over the weekend.

AC Milan have approached Chelsea over a loan deal for Fikayo Tomori, according to reports 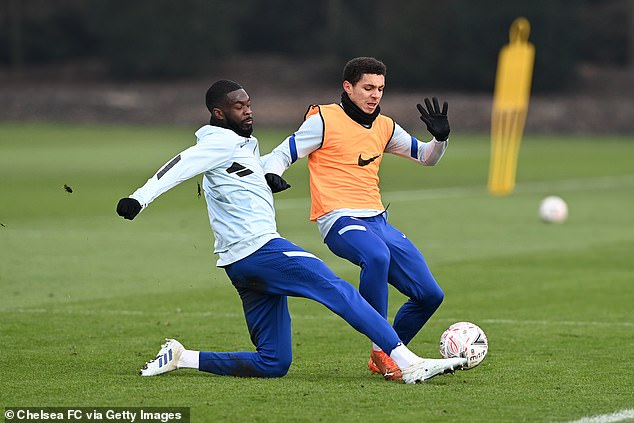 And according to Italian sports journalist Fabrizio Romano, Italy’s league leaders Milan have approached Chelsea about a possible loan deal which Tomori would be open to.

The report claims, however, that Strasbourg defender Mohamed Simakan is Milan’s first choice as Stefano Pioli’s side look to bolster their defence for their Serie A title charge.

Milan sit three points clear of city rivals Inter Milan in what was a promising weekend for the club. 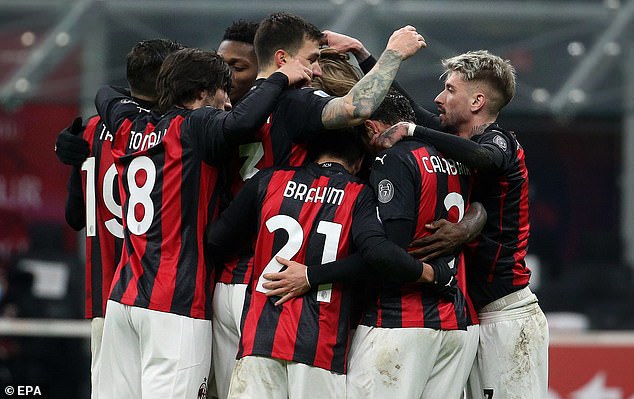 Pioli’s side beat lowly Torino 2-0 at home even without talisman Zlatan Ibrahimovic while Antonio Conte’s Inter were denied victory by a late equaliser in their 2-2 draw with Roma.

However, should a move for 20-year-old Frenchman Simakan fail to come to fruition then Tomori would reportedly be the next option Milan turns to – and Chelsea would be happy to see him gain experience for a top side.

Speaking after the FA Cup win over Morecambe, Lampard said: ‘The situation with Fikayo is open about the moment. There is a possibility he could be going on loan to get games somewhere else. 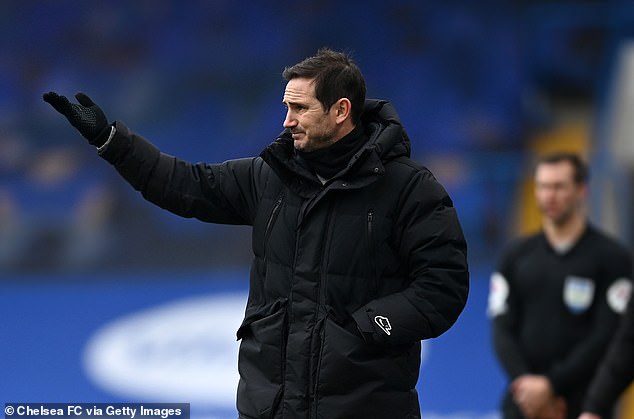 ‘So that would have to be the solution for him and the club. That was part of my thinking of not starting him today.’

Chelsea are currently struggling in the Premier League as a run of one win in their last six leaves them in ninth spot.

Kurt Zouma and Thiago Silva have started the most recent top-flight games in defence, with the former and Antonio Rudiger starting the Morecambe game on Sunday before Tomori’s introduction with ten minutes left.