Rossoneri boss Marco Giampaolo is under pressure having overseen four defeats in his first six games at the helm, leaving his side two places and two points above the drop zone ahead of a trip to 18th-placed Genoa on Saturday.

Spalletti has been out of a job since the Nerazzurri disposed of him in May, despite Inter finishing fourth in the Serie A and reaching the Champions League in his first season – for the first time in six years.

However, according to Corriere dello Sport the 60-year-old has no intention of returning to the San Siro with Inter’s bitter rivals, with the paper dubbing his snub  the ‘great refusal’.

Spalletti, who has also had two stints managing Roma, responded sarcastically to a reporter from TopCalcio24 when asked about the rumours this week.

‘I’m coaching Milan? That’s wild as I have a contract with Inter. Let Giampaolo work, he is the rising star of Italian football,’ he said. 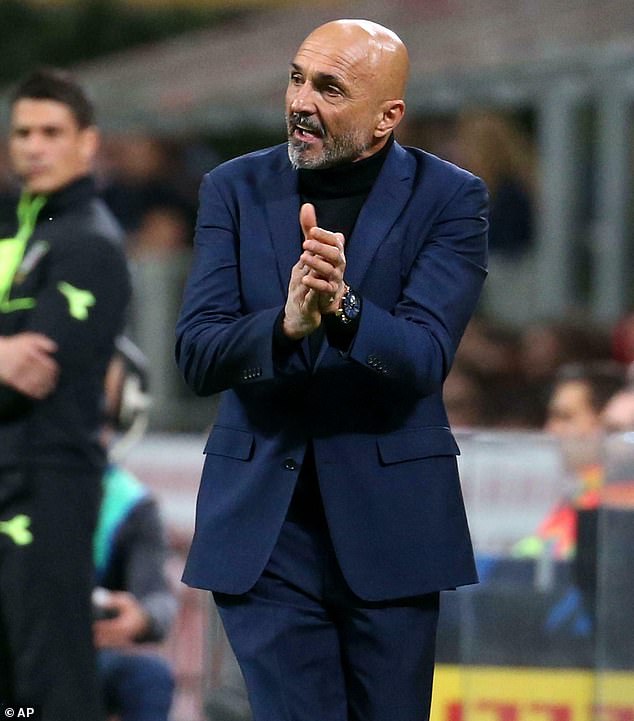 He added: ‘You should come with me to harvest some grapes, you would have more calluses on your hands and you would do less work…’

As rumours of his future swirled, Giampaolo remained defiant telling Le Iene on Friday that he will ‘never’ quit Milan and that he supported the side as a child.

‘We’re working to do better. We were already working at 8 this morning,’ he said. 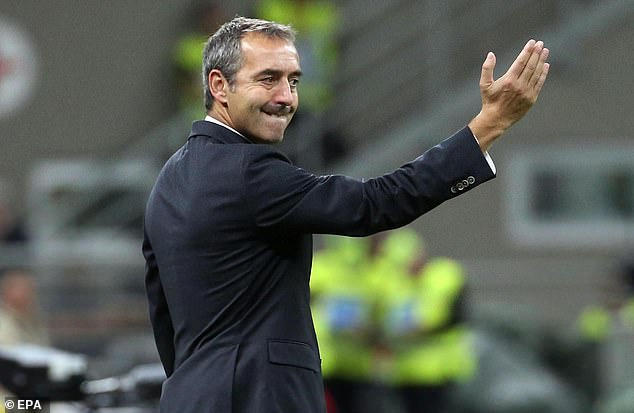 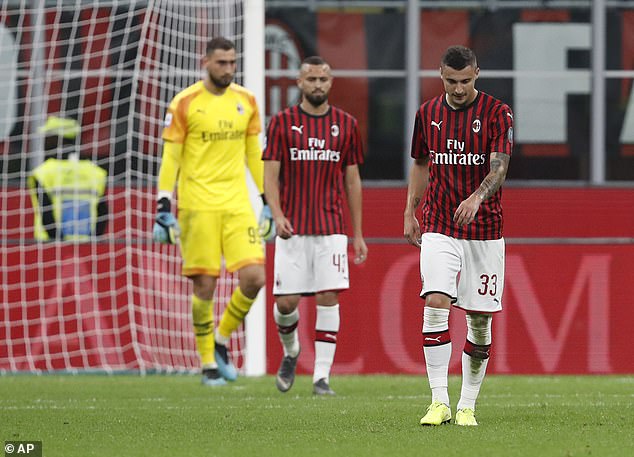 ‘You say I work a lot but work badly? We’ll find the solution. Resigning? Never! Leaving means giving up and we never give up.

‘I said I supported Inter until I was 10, but I’m not a Trojan horse. We’re not budgeting for a bad result against Genoa.

‘We’re working to eat the panettone. Our objectives are always at the maximum, we always think about doing our best. Milan are above individual interests.’