The ‘most thankless job in town’ just got even more difficult following Kevin Hart’s abrupt departure.

The Oscars have a longstanding host problem, but Hart’s swift downfall over old anti-gay tweets has led to bigger questions about the gig and the liability of social media histories.

It’s just the latest controversy for the organization that puts on the Academy Awards, which is trying to combat declining ratings for its marquee event while weathering the pressure of being a focal point for the shortcomings of the entertainment industry as a whole.

But now, the Academy is weighing its options, including having a host-less show.

According to Variety, though late night hosts may seem to be the obvious choice, the Academy is shying away from going with someone too edgy, yet if they go with a safer option, it could be fatal for their already poor ratings.

The ‘most thankless job in town’ just got even more difficult following Kevin Hart’s abrupt departure. The Academy is now trying to decide whether or not to do a ‘host-less,’ SNL-style show 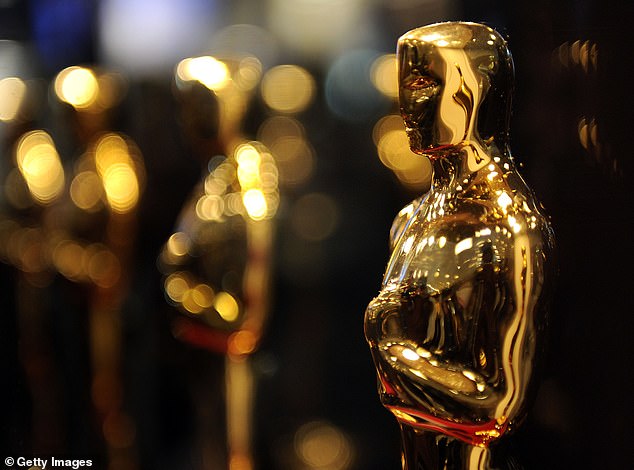 Though late night hosts may seem to be the obvious choice, the Academy is shying away from going with someone too edgy, yet if they go with a safer option, it could be fatal for their already poor ratings

The show was watched by 25.6 million people in March, a 19 per cent drop from the previous year.

Oscars hosts have always been subjected to a lot of scrutiny.

Poor or even mediocre performances can haunt people for years (Anne Hathaway and James Franco).

Off-color jokes have a way of festering in the cultural consciousness (think of Seth MacFarlane’s ‘we saw your boobs’ song, or Chris Rock’s Asian jokes).

And even when things go decently enough, everyone is handed the right envelope and nobody walks away offended, the hosts can still be blamed for poor ratings.

The second option could be for the Academy to consider having no host at all, a source told Variety. And believe it or not, having a host-less show has been done several times before, and as recently as 1989.

The idea is to not have a main host, but rather ‘a bunch of huge celebs, something “SNL” style, and buzzy people’ to keep the show moving, the source said. 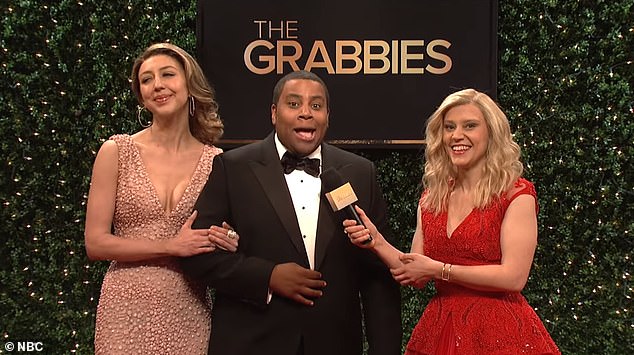 One idea is to not have a main host, but rather ‘a bunch of huge celebs, something “SNL” style, and buzzy people’ to keep the show moving, the source said. SNL (pictured in March) actually did a parody of the Oscars following the 2018 show

Matthew Belloni, the editorial director of The Hollywood Reporter, said that Oscars host ‘has become a not very desirable job in Hollywood’.

‘Very few people see an upside,’ Belloni said. ‘You put a huge target on your back.’

Belloni also weighed in on the vetting process for the Oscars host.

‘I think it’s embarrassing,’ Belloni said about the academy’s decision to pick Hart. ‘It shows that they either didn’t vet this host properly, or they did vet him and didn’t think this would be an issue. And both are a little troubling.’

Hart seemed to fit the bill for what the academy was looking for. 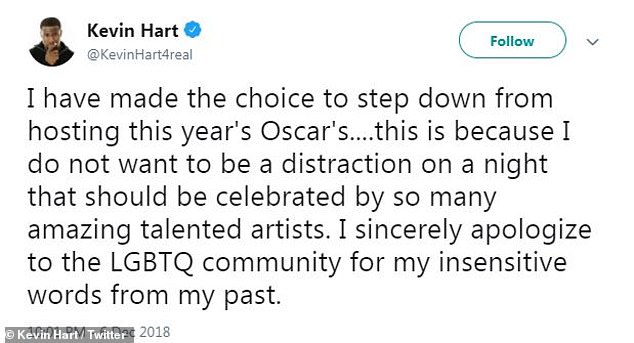 ‘He checks all the boxes for a show like the Oscars,’ Belloni said. ‘He’s a legitimate movie star. He’s a funny guy and can handle the stand-up element of the show.

‘And he has a gigantic social following. And to the academy, that’s important. They want someone who can bring a new audience to the show.’

People have stepped down from being the public face of the event amid controversy, as producer Brett Ratner did in 2011 for anti-gay slurs.

But Hart’s case is a little different. Ratner’s offensive remarks came after he had secured the gig.

Hart’s tweets were from almost a decade ago and were well known.

Immediately after Hart was confirmed as host on last Tuesday night, some journalists began tweeting reminders of Hart’s past comments.

By Thursday morning, a few publications had written articles about them.

The outrage escalated, Hart commented but did not apologize, stoking even more outrage, which culminated with Hart’s announcement on Thursday night that he was stepping down as host of the 91st Academy Awards.

As the dust settles, the situation has proved vexing for some in the entertainment business. Actor D.L. Hughley commended Hart for his decision.

‘A Comedian says something that offends people and refuses to apologize?’ Hughley tweeted. ‘(Expletive) ’em if they can’t take a joke! Well done #KevinHart.’ Snoop Dogg posted an even more colorful Instagram video in support of Hart.

The advocacy organization GLAAD wishes Hart hadn’t stepped down, however. 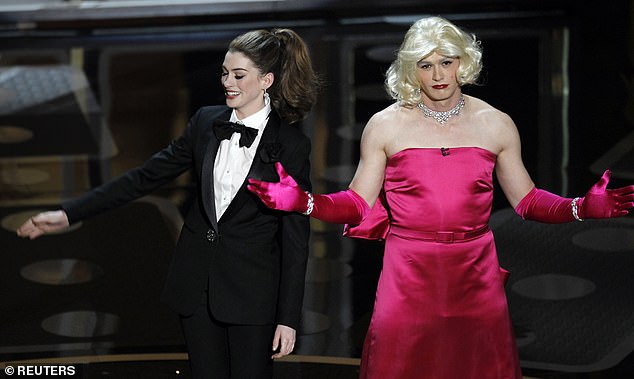 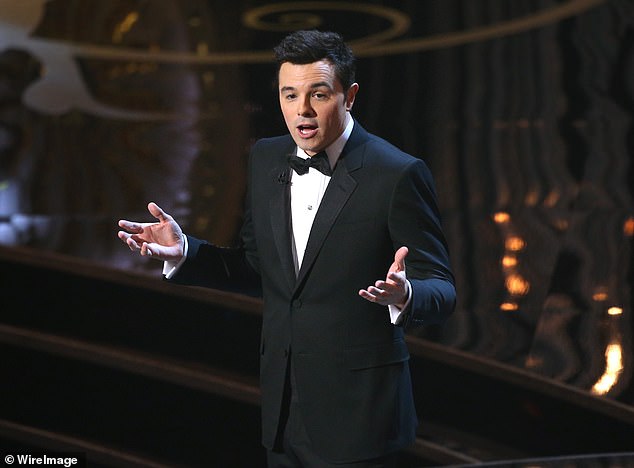 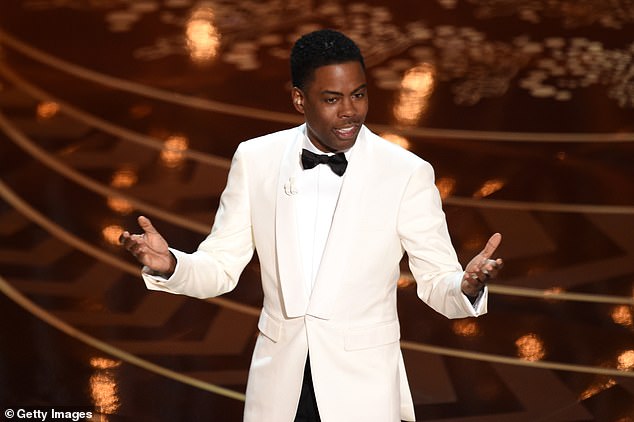 ‘Hart’s apology to LGBTQ people is an important step forward, but he missed a real opportunity to use his platform and the Oscars stage to build unity and awareness,’ said GLAAD President and CEO Sarah Kate Ellis.

The film academy has yet to address Hart’s departure. Hart said the film academy told him he had to apologize or he’d lose the gig. He bowed out on his own, and with an apology.

Now everyone has an opinion about who should be named host. A woman? A comedian? Not a comedian? Someone in the LGBTQ community? All of the above?

Many keep coming back to Whoopi Goldberg, who has hosted the awards four times. Some have said Ellen DeGeneres, who hosted one of the Oscars’ highest-rated shows, or Tom Hanks, who has a longstanding academy relationship.

Others have said Keegan Michael-Key and Jordan Peele, Will Smith or Lin-Manuel Miranda.

Busy Phillips threw her own name out there. ‘I AM AVAILABLE,’ she tweeted. Philips also proposed Issa Rae, Sarah Silverman, Ali Wong, Samantha Bee, Robin Thede and Aisha Tyler, or ‘any other woman working in Hollywood right now who wants to’.

Some have even proposed Philadelphia Flyers mascot Gritty.

Regardless, the film academy will need to move quickly. The 91st Oscars are less than three months out.