Accountants should swear an oath promising not to aid tax-dodging corporations, John McDonnell will tell global elites gathered at the Davos summit.

Mr McDonnell will say the ‘rigged system’ which allows a privileged few at the World Economic Forum at the Swiss ski resort to ‘sit in splendour’ can be changed.

The Labour MP will tell the world’s rich and leaders of big corporations to ‘pay your taxes’.

Shadow Chancellor Mr McDonnell will tell the event: ‘The status quo allows a powerful few here in Davos to sit in splendour whilst the great many lose out.

‘But the status quo is not inevitable. It is the product of a rigged system, and systems can be changed.

‘The alternative is a refusal to act that will allow the increasing inequality and injustice that affects the many in our world to continue, to benefit a few among the Davos elite.’

Accountants should have an equivalent of the Hippocratic oath taken by doctors, he suggests.

‘We and the public are tired of seeing increasingly complex schemes being cooked up by accountancy firms with a direct interest in obscuring and hiding the earnings of their clients,’ he will say.

‘I am suggesting that there should be a global Hippocratic oath that commits accountants to ensuring that the companies and individuals who use them eschew the use of tax avoidance and evasion schemes.’

Mr McDonnell will use the event to restate Labour’s plans for anyone earning more than £1 million, and large firms to publish their tax returns. 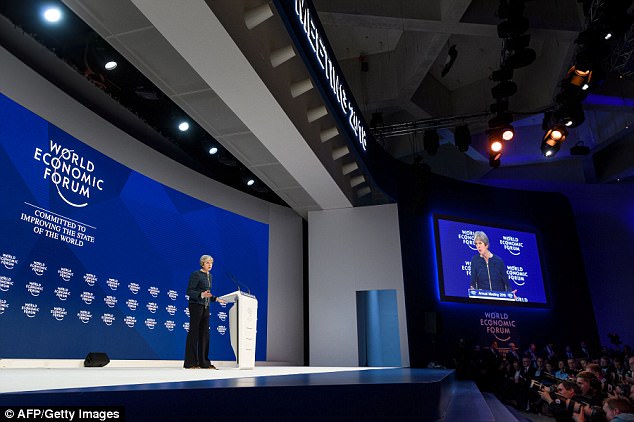 Mrs May delivered her keynote speech to the World Economic Forum in Davos yesterday, urging faster progress towards opening up global market

He will say: ‘The next Labour government will rewrite the economic rules in the UK, and we will work with our international partners who wish to join us on this path to do the same globally.

‘Britain has been for too long one of the world’s leading facilitators of tax avoidance and tax evasion. I can tell you now, those days are coming to an end.’

‘Since 2010 we have raised an extra £160 billion in taxes for public services by tackling tax evasion and avoidance,’ he said.

‘If John McDonnell was serious, he would back the anti-avoidance measures we are taking in the Budget that will raise an extra £4.8 billion, instead of opposing them as Labour have done so far.

‘Labour admit they are ‘high risk’ for our economy and just like last time working people would pay the price with more debt, higher taxes and fewer jobs.’ 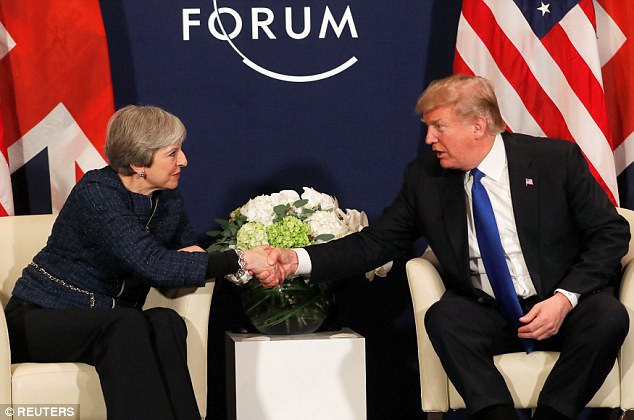