Accounts assistant was too embarrassed to have smear test

An accounts assistant was diagnosed with cervical cancer after being too embarrassed to go for a smear test until she was 32 years old.

Gemma Anderson, 34, who works for a firm of solicitors, was diagnosed with cervical cancer in 2016 after having her first screening at 32. It is unclear if Ms Anderson was vaccinated against human papillomavirus virus (HPV), which can cause cervical cancer.

Ms Anderson, from South Shields, had no unusual symptoms but was urged by her husband to have the check up.

After being diagnosed, she was forced to have her uterus removed and is considering starting a family with her husband via surrogacy or adoption.

Now in recovery, Ms Anderson is speaking out during Jo’s Cervical Cancer Trust’s smear week campaign to encourage women to go for regular tests, adding there is nothing to be embarrassed about.

In the UK, all women who are registered with a GP after invited for a smear test at 25 years old.

Around 3,000 women are diagnosed with cervical cancer every year in the UK.

Gemma Anderson was diagnosed with cervical cancer after being too embarrassed to go for a smear test until she was 32 years old. It is unclear if she was vaccinated against HPV

Ms Anderson, who imagined the smear to be much worse than it turned out to be said: ‘Friends had said it was nothing but you just think, “I can’t take my knickers off in front of a stranger,” The Shields Gazette reported.

After being relieved by how straightforward the procedure was, Ms Anderson was called to go to hospital for a colonoscopy and biopsy, with the results confirming she had cancer.

Ms Anderson said: ‘I was in shock. You think it will never happen to you but it does. It still doesn’t feel real when I think about it.’ 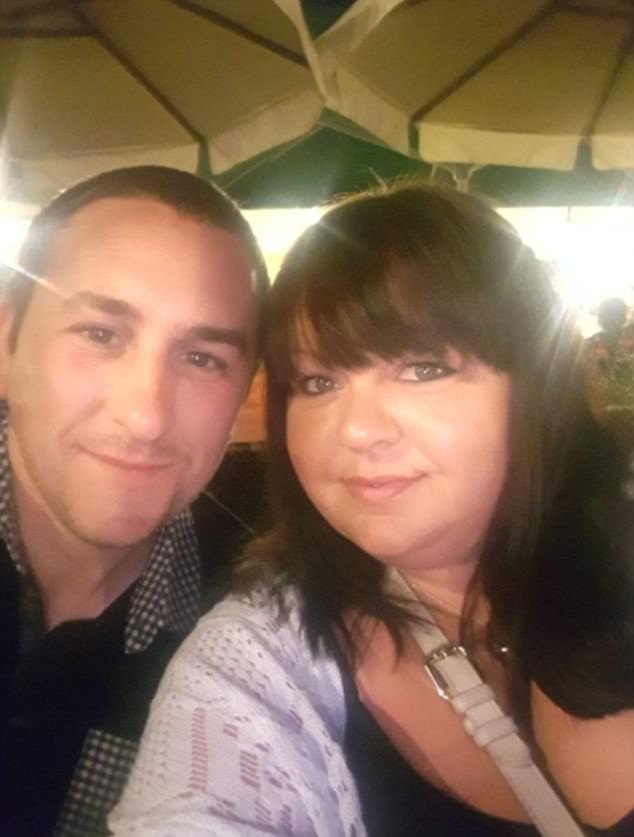 Ms Anderson had no unusual symptoms but was urged by her husband (pictured) to have the check up. Now in recovery, she is speaking out to encourage women to go for smear tests

‘I’m slowly building my strength up’

The operation was a success and Ms Anderson, whose cancer did not spread, has been told she does not require further treatment.

She said: ‘I’ve just returned to work and am slowly building my strength back up.’