The murder of a Michigan mother was allegedly streamed live to Facebook and is to now be viewed by a jury as part of evidence at a murder trial.

Anthony Gelia, 20, faces life in jail for the shooting death of a young mother from Jackson, 26-year-old Brittany Southwell.

Authorities say a 25-minute long Facebook Live video captures the events leading up to, and partially including the killing.

Gelia is charged with one count each of open murder, first-degree home invasion and felony firearms. 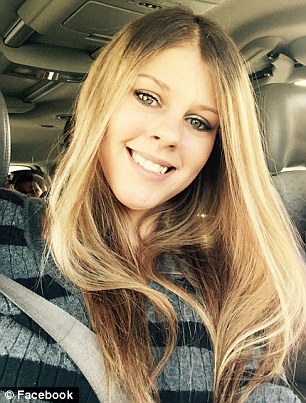 Anthony Gelia, 20, is on trial for the shooting death of a young mother from Jackson, 26-year-old Brittany Southwell

Police allege Gelia kicked in the door of a house in November 2016 and fired several shots inside the home, one of which struck and killed Southwell.

In a recording that will now be admitted to the trial, a man who was identified as Gelia can be seen sitting in a car with a woman he describes as his girlfriend.

The film shows them drinking heavily and laughing with a gun in his hand while making numerous threatening statements according to MLive.com.

As the recording progresses, Gelia becomes more aggressive and can be heard threatening to ‘pop someone’. 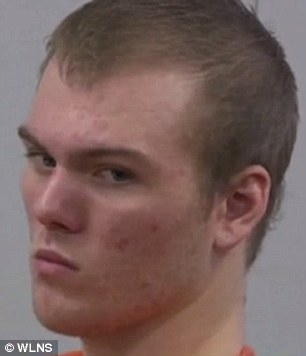 A 25 minute video from November 2016 shows a man identified as Gelia, 20, in a troubled mental state, drinking alcohol and making threats

Just as the recording comes to an end, Gelia is seen knocking on the door of Southwell’s home before the camera jumps around and goes black.

In a chilling moment, just the sound of someone kicking in the door and firing multiple gunshots can be heard.

Prosecutors allege Gelia’s voice can be heard screaming, ‘What’s up, who’s crazy?’ and, ‘See you in prison,’ while a panicked woman’s voice is heard asking if he just shot someone.

The video was streamed as it happened using Facebook Live authorities say.

Southwell died from a single gunshot wound. She was holding her infant child when she was shot, witnesses said.

Gelia’s attorney had attempted to block the recording from being seen during the trial, calling it ‘extremely prejudicial’. 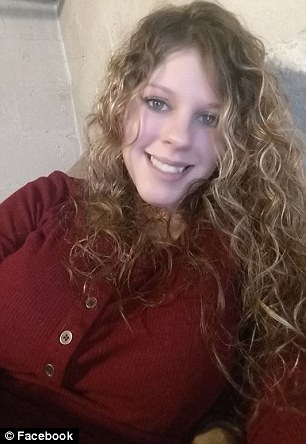 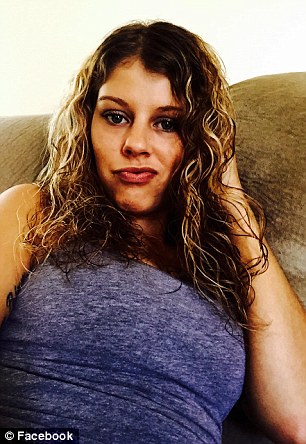 The suspect is later seen pounding on the door of Brittany Southwell’s house in Jackson, Michigan when moments later the Facebook feed goes black and gunshots are heard

‘Jurors will not be able to get past many of the statements he made in the video that have nothing to do with the crime he is on trial for,’ Andrew Kirkpatrick said.

But prosecutors disagree arguing the recording in its entirety establishes Gelia’s state of mind, showing he was aware of the consequences of his actions.

‘We cannot get better evidence in this case than what we just saw,’ said Jackson County Chief Assistant Prosecuting Attorney Kati Rezmierski. ‘He worked himself into a murderous frenzy and owned what he was going to do.’

Gelia was arrested the same night as the shooting after a Michigan State Police trooper and a Columbia Township police officer stopped him while he was driving a white SUV that matched that of a vehicle leaving the scene.

During the stop Gelia was seen to be suicidal and was holding a gun to his head.

He was eventually taken into custody. Gelia is now on an open murder charge in which the jury will decide between first-degree or second-degree murder, both of which carry a maximum sentence of life in prison.