Get your hand off it! Accused public masturbator is HANDCUFFED in court to stop him exposing himself in the dock

An alleged public masturbator has appeared before court in handcuffs for fears he may have exposed himself in front of the judge.

Jason Paul McCracken, 39, faced Darwin Local Court on Thursday charged with behaving in an indecent manner and failing to comply with reporting conditions, according to the NT News.

It prompted Chief Judge Elizabeth Morris to ask his defence team why he was placed in cuffs.

She questioned whether it was because there was a concern that he would ‘do (in court) what he’s been charged with’.

Defence lawyer Erin Morton confirmed the Chief Judge’s suspicions even though McCracken was not a ‘proven’ risk.

Ms Morton said that she did not object against the restraints on McCracken for his court appearance when she was informed that he was to be cuffed.

Ms Morton explained that her client was ‘quite unwell’, cognitively impaired, suffered delusions and homeless with no support system. 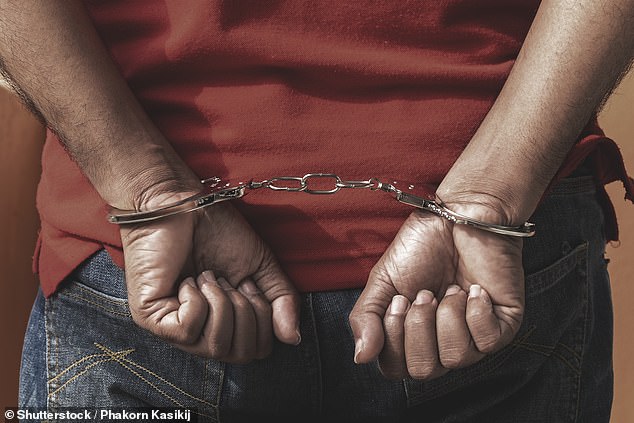 McCracken also has a brain injury and had no appointed guardian with him at the time of the alleged offence despite being under a public guardianship order until 2024.

Ms Morton said that his guardian was possibly not working ‘for that organisation’ anymore.

She added that her defence team would be submitting an application to the NDIS for further support for McCracken and inquire about a medical assessment.

Ms Morton applied for bail for her client, which was accepted.