Police rushed to a London shopping centre tonight after six people were injured in a massive acid attack.

Officers have arrested a man after a gang sprayed acid into a crowd near Stratford Shopping Centre.

Dramatic video and images shared on social media appeared to show police attending to victims at nearby Stratford tube station. 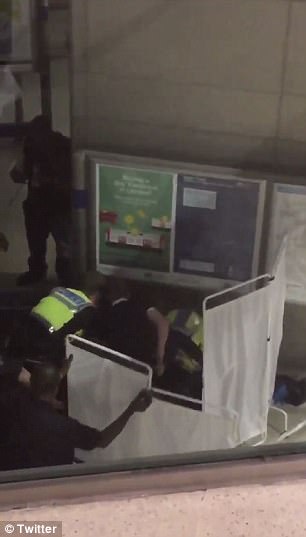 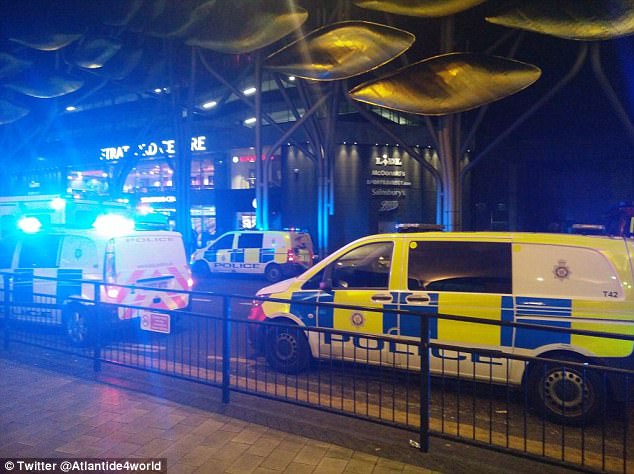 The Metropolitan Police said: ‘Police were called just before 8pm to the area around Stratford Shopping Centre to reports of a group of males spraying what is believed to be a noxious substance.

‘A number of people have been reported injured at different locations – believed to be six people. We await further details.

‘One male has been arrested on suspicion of GBH. Officers remain on scene. A cordon is in place. Enquiries continue.’

Nate Higgins, who saw the emergency services arriving at the scene, told MailOnline: ‘There were a lot of police, a lot of fire engines and a lot of ambulances.

‘As I was leaving there were still more and more coming down the road. I was in Westfield when it happened and as I was coming out I saw them all arriving.

‘There were at least 10 different vehicles and it didn’t seem to be a settled thing.’

Another witness Harry Green, 19, got off the tube in the moments after the incident.

He told MailOnline he witnessed the ‘chaotic aftermath’.

‘There were police officers with dogs everywhere, the whole station was at a standstill,’ she said.

It was worrying as it was obvious something had just happened. It was just chaos.’

‘As we stepped off the tube there were dozens of people giving statements to officers looking distressed as though something had just happened.

‘We didn’t see anyone injured but there were lots of ambulances on the scene but it seems they were taken away pretty promptly.

‘We witnessed the aftermath, the emergency services seemed to have responded very quickly. There was a lot of confusion around, a lot of people didn’t know what had happened or why they were stuck in the station.’

Mr Green said it was scary to hear of an attack. He has just moved to the city from Lincoln to begin an apprenticeship. 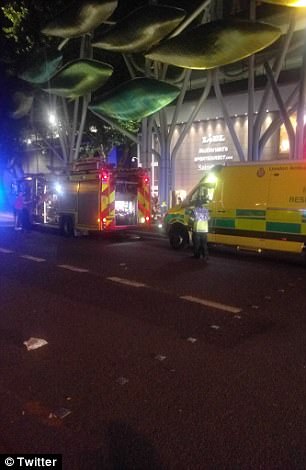 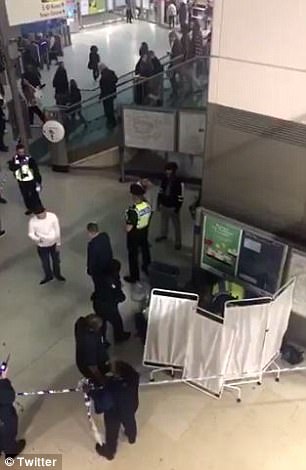