Acres of Kent’s iconic shoreline White Cliffs of Dover on sale for £50,000

There’ll be haggling over the White Cliffs of Dover: Acres of Kent’s iconic shoreline go up for sale for £50,000

A stretch of the iconic White Cliffs of Dover is being offered for sale for a bargain price of £55,000.

The 17.3 acre plot of land is positioned right at the top of the legendary landmark with stunning views across the English Channel to France.

The cliffs initially shot to public fame after Vera Lynn’s famous 1942 war-time recording of the song of the same name.

The chalk cliffs (above) themselves are owned by the National Trust which is not for sale.  The land currently up for sale is positioned at the top

Last week a humanitarian charity controversially used them to beam messages on to welcoming refugees to Britain.

The chalk cliffs themselves are owned by the National Trust, with the land currently up for sale positioned at the top, next to the Folkestone Warren Country Park.

And as the plot is heavily protected – it forms part of a Site of Special Scientific Interest and a Special Area of Conservation – it would be impossible for the new owner to develop it. 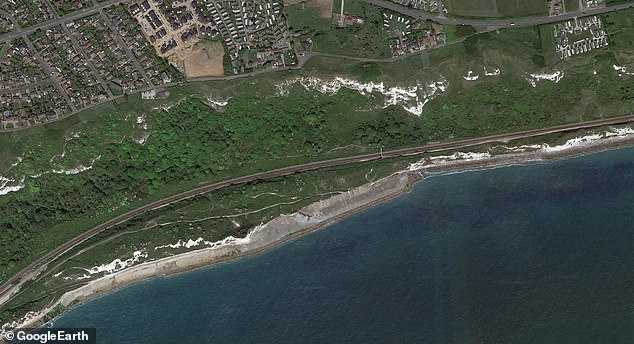 Countdown to bidding: The iconic White Cliffs of Dover are up for sale for just £50,000 but perspective buyers won’t be able to build on the land

But they would be able to boast that they own their own piece of history at one of the most famous landmarks in the country.

The land in question is home to a variety of interesting wildlife – although there are sadly no bluebirds as mentioned by the Forces’ Sweetheart in her song.

It is up for sale with property specialists Clive Emson auctioneers of Maidstone, Kent.

Jon Rimmer, auction appraiser, said: “This is a fantastic opportunity for someone to own part of the iconic cliffs 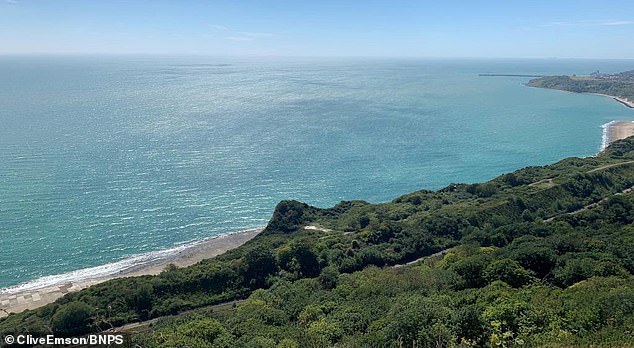 The sprawling 17.9 acres is bustling with wildlife such as the Adonis blue butterfly, chalkhill blues, the red admiral, painted lady and yellow clouded butterfly

“There is a variety of wildlife on the land – but no bluebirds which are a north American species.

“The wartime song had a new lease of life earlier this year following the death of Vera Lynn who was 103.

“Her 1942 recording was one of the country’s favourite songs during Word War Two and has remained part of our musical culture ever since.

The chalk cliffs stand at 350ft at their tallest point and can be seen from France on a clear day. 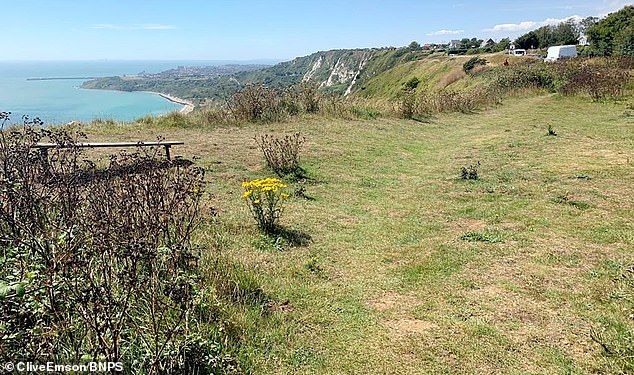 During the Second World War, when Dame Vera Lynn recorded her track, they were home to large gun batteries positioned along the coast.

Although quickly constructed and only fired sparingly, the guns were an important aspect of the defence of Britain.

The sale takes place on September 23.