Matthew Whitaker, the acting U.S. Attorney General, erroneously claimed he was named an Academic All-American while playing football at the University of Iowa.

The Wall Street Journal reports that according to the organization that awards the prestigious honor, Whitaker was never bestowed it.

While he did achieve the regional version of the award, Whitaker was not awarded at national level.

He incorrectly claimed the status on his résumé and in government documents.

Whitaker, whom President Trump named acting AG last month after firing Jeff Sessions from the post, also made the claim when he applied to be a judge in Iowa in 2010.

Barb Kowal, who is a spokeswoman for organization, said there is no record for Whitaker receiving the Academic All-American honor.

To achieve the recognition, a student athlete must have a 3.3 cumulative grade point average and must be a starter or important reserve on his or her team. 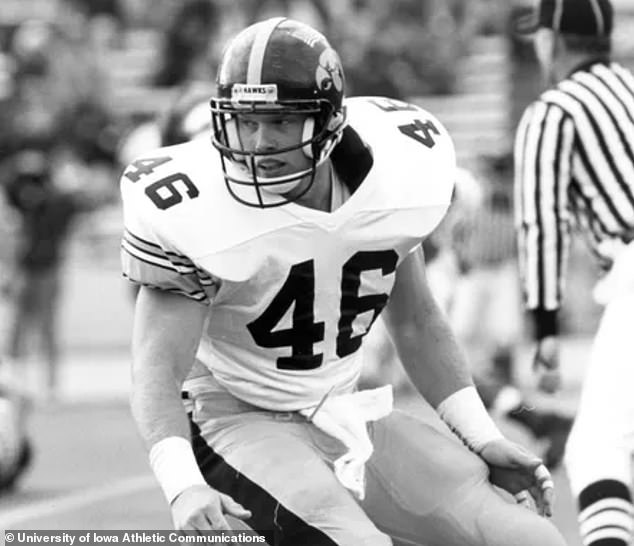 Whitaker attended the University of Iowa where he played football (pictured during his years there from 1988 to 1992) and he did achieve a regional version of the Academic All-American honor, however he never achieved the prestigious national status he has claimed he had 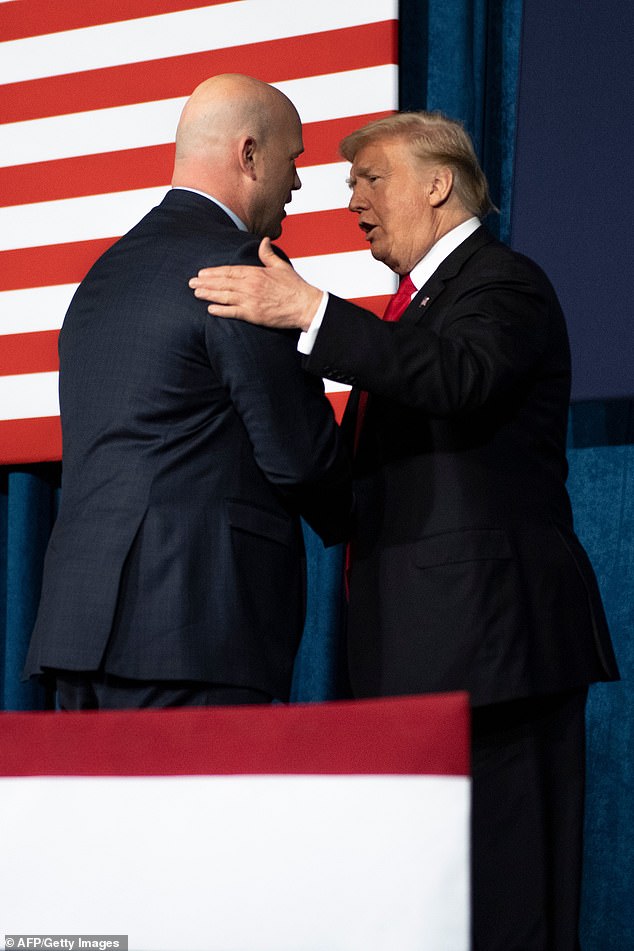 When he received the lower level All-District honor in one of eight regions around the US he would have been placed on the national ballot and then a small number of student athletes would be voted on to achieve the national Academic All-American status.

Those in that group are placed on the national ballot, from which a small number of student-athletes are voted to be given the coveted Academic All-American status, she added.

The Justice Department spokeswoman Kerri Kupac said that Whitaker had relied on a 1993 Hawkeyes media guide that listed him as a ‘GTE District VII academic All-American.’ GTE was then the contest sponsor.

‘If there is confusion at all, part of it could be how we listed it in our media guide,’ said Steve Roe, an assistant athletic director at the University of Iowa.

‘You must be placed on the national ballot and then voted onto the Academic All-America team to gain that honor.’

‘We know that people over time use terms interchangeably and innocently,’ she said.

If Whitaker had gone through the Senate confirmation process he may have been questioned on the matter.

Trump has picked William Barr to eventually be Jeff Sessions’ full replacement but Barr has not yet been formally nominated yet.