‘I have never quit anything in my life’: Acting director of national intelligence slams report he ‘threatened’ to walk if White House blocked him from testifying about Ukraine whistle-blower report to Congress

Acting Director of National Intelligence Joseph Maguire on Wednesday slammed a Washington Post report that he ‘threatened to quit’ if the White House forced him to stonewall members of Congress when he testifies on Thursday about the Ukrainian whistle-blower.

Maguire put out a statement refuting the story’s claims.

‘At no time have I considered resigning my position since assuming this role on Aug. 16, 2019. I have never quit anything in my life, and I am not going to start now. I am committed to leading the Intelligence Community to address the diverse and complex threats facing our nation,’ he said. 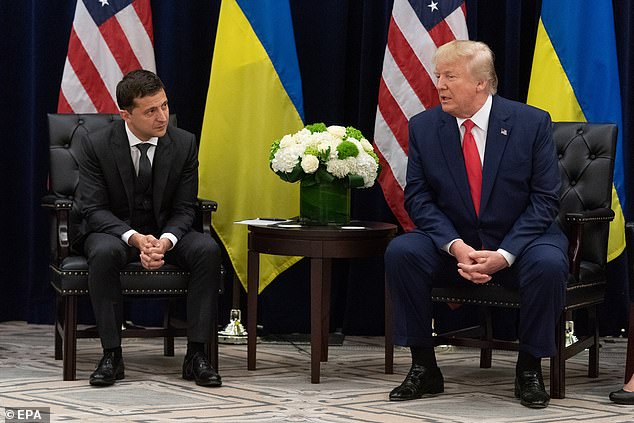 ‘This is actually not true,’ she tweeted of the article. ‘And we would have gone on the record to say that if the @washingtonpost had given us more than 6 minutes (literally) to respond.’

President Donald Trump weighed in on the matter too, taking a shot at the ‘Amazon-Washington Post,’ as he refers to the newspaper owned by Amazon.com founder Jeff Bezos.

‘The Amazon Washington Post just put out a fake article,’ Trump said at his press conference on Wednesday.

‘I was really surprised to hear he was going to quit,’ the president said. ‘Before I could even either talk to him or talk to anybody else, he put out a statement.’

Maguire is scheduled to testify before the House Intelligence Committee on Thursday about a whistle-blower who complained about Trump’s behavior on a phone call with a foreign leader.

That called turned out to be with the newly-elected President of the Ukraine and the resulting political fallout led to Speaker Nancy Pelosi launching a formal impeachment inquiry into Trump.

Officials told the Washington Post that Maguire had pushed the White House to make an explicit legal decision on whether it was going to assert executive privilege over the whistleblower complaint.

House Intelligence Committee Chairman Adam Schiff told reporters last week Maguire has made the ‘unprecedented decision’ not to share the whistle-blower’s complaint with Congress, despite whistle-blower laws requiring reporting to the legislative branch of legitimate complaints.

The White House Counsel and the Justice Department’s Office of Legal Counsel were both involved in the decision and vetted it with the Director of National Intelligence, according to the report.

Maguire had made his anger clear that White House counsel Pat Cipollone and others that he was being told to hold back the report, the Post reported. 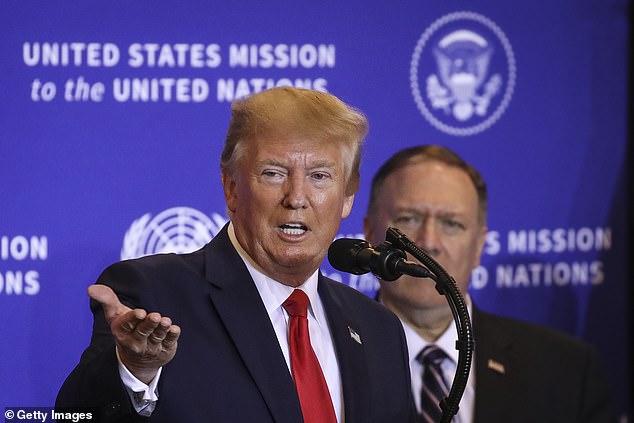 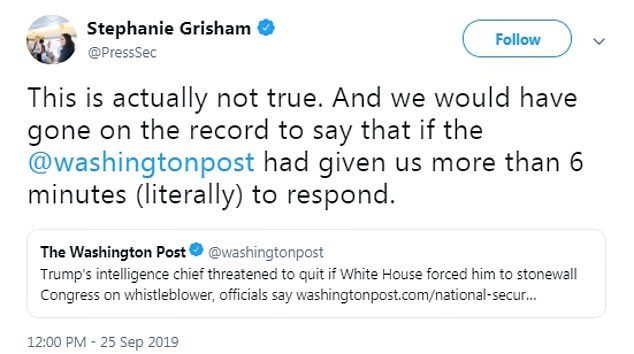 The existence of a whistle-blower complaint led to a round of articles outlining how  Trump, in a July 25 call to newly-elected Ukrainian President Volodymyr Zelensky, pushed him to investigate Joe Biden and Hunter Biden’s actions in regard to a Ukrainian gas company where Hunter sat on its board.

The complaint was turned over to Congress Wednesday afternoon after a transcript of the two leader’s phone call was released.