Activists have slammed a show where monkeys are forced to wear dresses and jump through spiked rings at a zoo in Thailand as ‘humiliating’ and said the world is ‘outraged by gimmicky animal acts’.

Heartbreaking footage also shows the primates wearing face-fulls of make-up, spinning a flaming stick and pretending to sing at Chang Puak Camp in Ratchaburi, before lying on the floor picking their skin as the guests leave.

Animal rights group PETA has called on travel companies to cut ties with such shows, and said some of the monkeys may have had their teeth removed to make them ‘compliant’.

Monkeys were also shown wearing a full-face of make-up and pretending to sing in heartbreaking footage at Chang Puak Camp in Ratchaburi, western Thailand 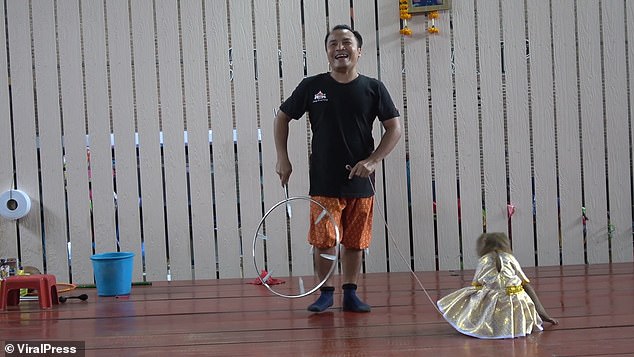 The disturbing video begins with a monkey in a golden dress leaping through a spiked hoop, before spinning a ball while showing the audience its make-up.

A second monkey wearing shorts and with a rope around its neck then jumps into the air repeatedly before picking its string in an attempt to escape.

The intelligent animals are also shown shaking hands with smiling children, playing guitar, and sitting with one leg over the other pretending to text.

‘Monkeys don’t choose to walk on their hind legs, wear clothes, ride bikes, or perform other meaningless and humiliating tricks – they’ve simply learned to fear what will happen if they don’t,’ he said.

‘They force the animals into a lifetime of slavery.’ 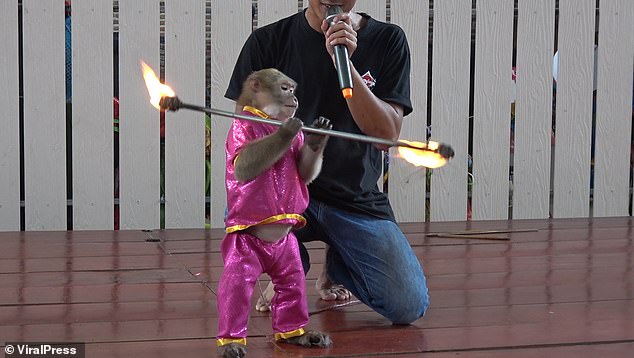 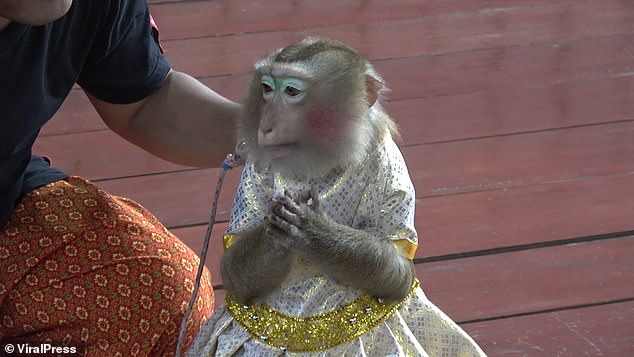 Above is a monkey with a full-face of make-up at the show. PETA warned the monkeys may have had their teeth removed to make them defenceless 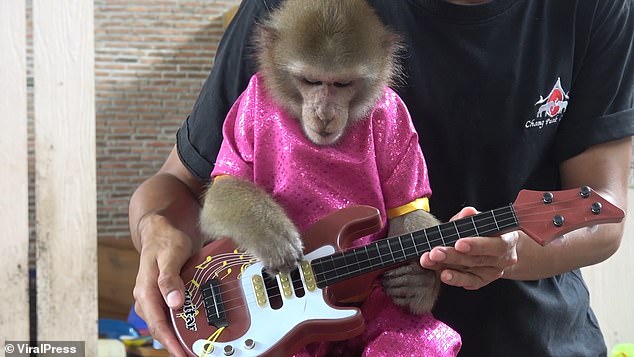 Circus animals are usually snatched from their mothers at birth, the charity said, and are deprived of natural surroundings.

Thailand, a popular tourist destination, has often faced criticism for its ‘barbaric’ treatment of animals and lax animal welfare regulations.

A shopping mall in Bangkok houses a gorilla, named Bua Noi, that is kept in filthy conditions.

And a crocodile farm and elephant show in Samut Prakan has been repeatedly criticised for its treatment of animals, including keeping its bears in filthy conditions.

Tour companies have been pulling trips to animal shows as public opinion has turned against them. 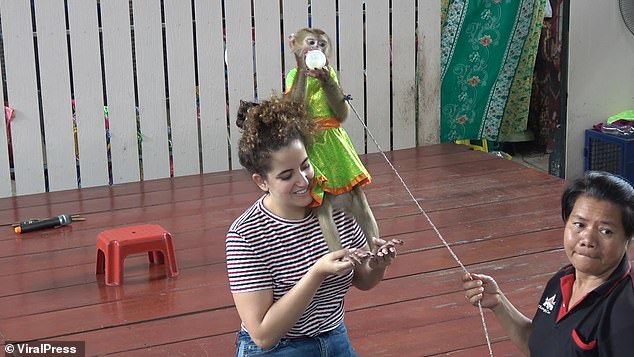 Circus animals, such as the monkey above pictured drinking from a bottle, are usually taken from their mothers at birth, PETA warned 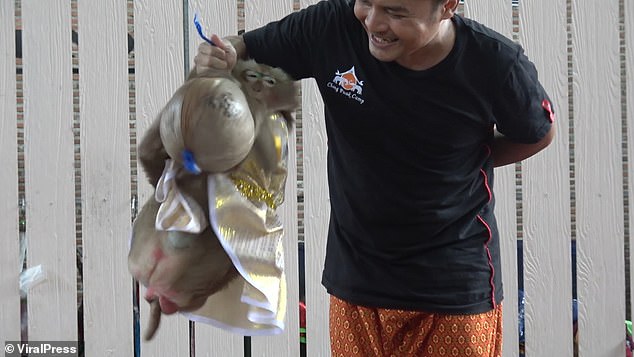 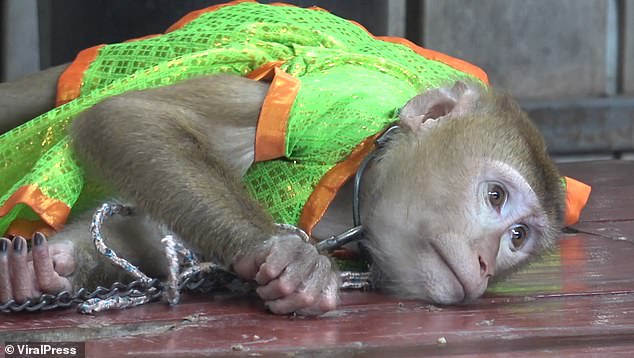 Afterwards, the monkeys were seen lying on the floor and picking at their skin and the ground

AirBNB and Tripadvisor have committed to banning direct-contact animal activities from their platforms, PETA said.

‘Public opinion has changed, and forcing wild animals to perform is no longer the way to draw a crowd, but there’s still much work to do,’ said Mr Baker.

‘All travel companies need to stop promoting cruel shows and zoos, and tourists must stop buying tickets to them, opting instead to see animals in their natural habitats – the only place where they belong.’