Actor Albert Finney has died at the age of 82

Actor Albert Finney has died at the age of 82 with his wife and son by his side sparking an outpouring of grief over the loss of one of British cinema’s ‘true greats’.

The star, who played Ebenezer Scrooge, Sir Winston Churchill and ‘Daddy’ Warbucks in Annie in a long and extraordinary career, died after a short illness.

Finney, who beat kidney cancer in 2011, had spent the past month in Britain’s top cancer hospital – the Royal Marsden in London – before succumbing to a chest infection yesterday.

A statement from a family spokesman said: ‘He passed away peacefully after a short illness with those closest to him by his side.’

He lived in the Hampshire seaside town of Emsworth and was married three times, to actresses Jane Wenham and Anouk Aimeé and finally to travel agent Pene Delmage in 2006, who has survived him with his son Simon, from his first marriage.

Actor David Morrissey was among the many who paid tribute to Finney on social media today and tweeted: ‘One of the true greats. A powerhouse of an actor’ while Russell Crowe, who starred with him in Ridley Scott’s ‘A Good Year, said: ‘Sad sad news. Loved our chats and your company Albert’.

Finney, a bookmaker’s son born and educated in Salford, Greater Manchester, rose to worldwide stardom after his breakthrough hit Saturday Night And Sunday Morning in 1960 – but despite being nominated for Oscars five times in his career he never won.

He was known as British cinema’s original ‘angry young man’ and starred alongside Liza Minelli, Audrey Hepburn and Julia Roberts, but considered himself anti-establishment and twice turned down honours – a CBE in 1980 and a knighthood in 2000.

He had battled health problems in recent years but survived a kidney cancer scare in 2011 – but it is not known if the disease had returned.

Mr Finney with his third wife Pene Delmage, who he married in 2006 and survives her husband with his only son Simon 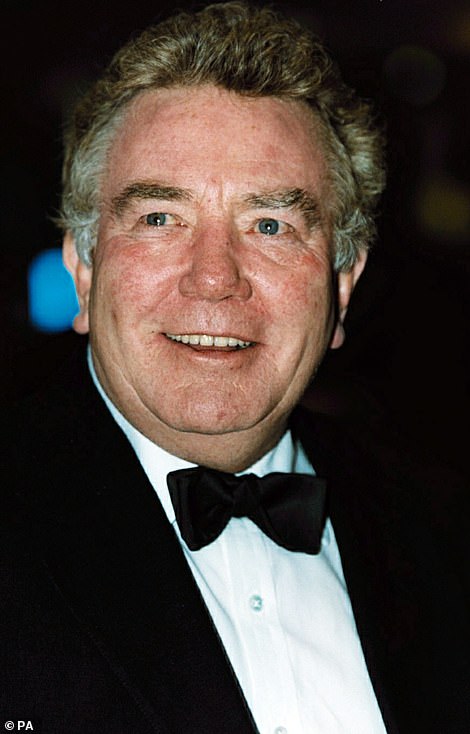 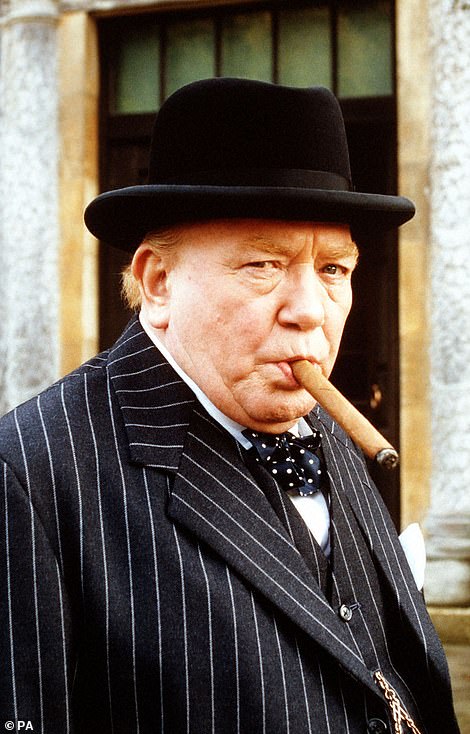 Actor Albert Finney has died at the age of 82, after an extraordinary career in theatre and film including as as Sir Winston Churchill (right) 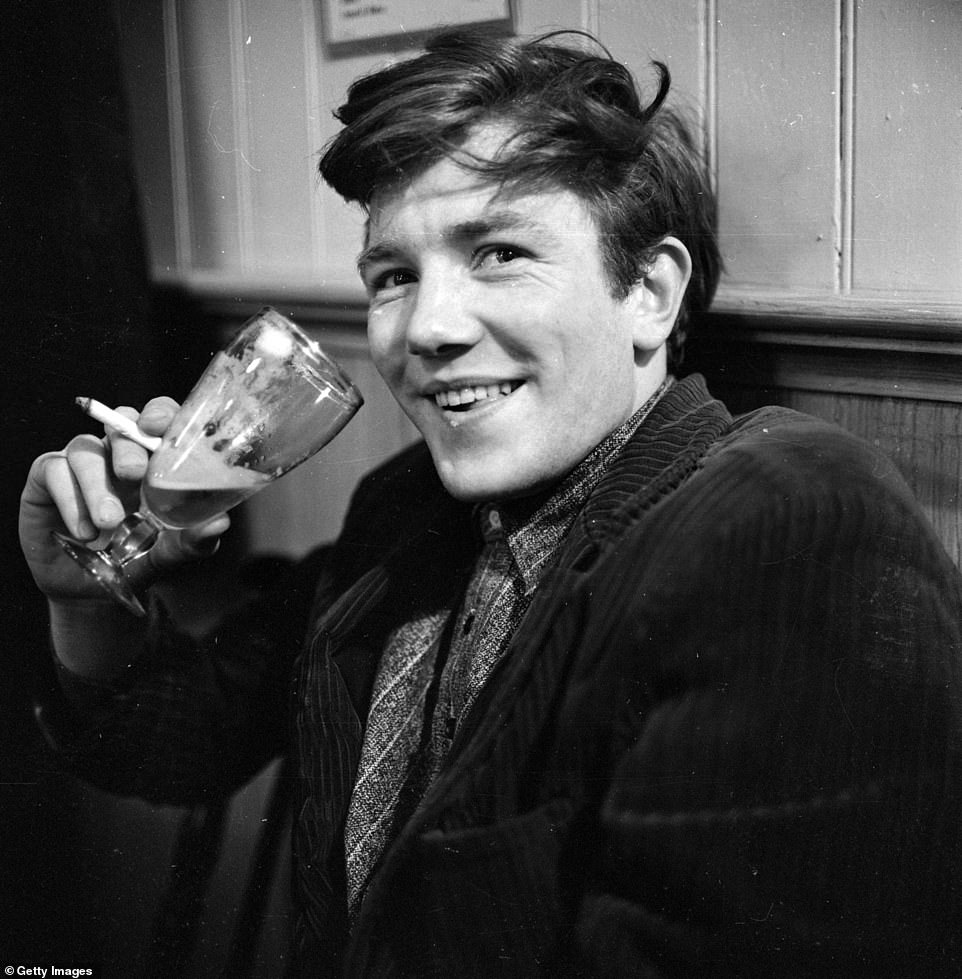 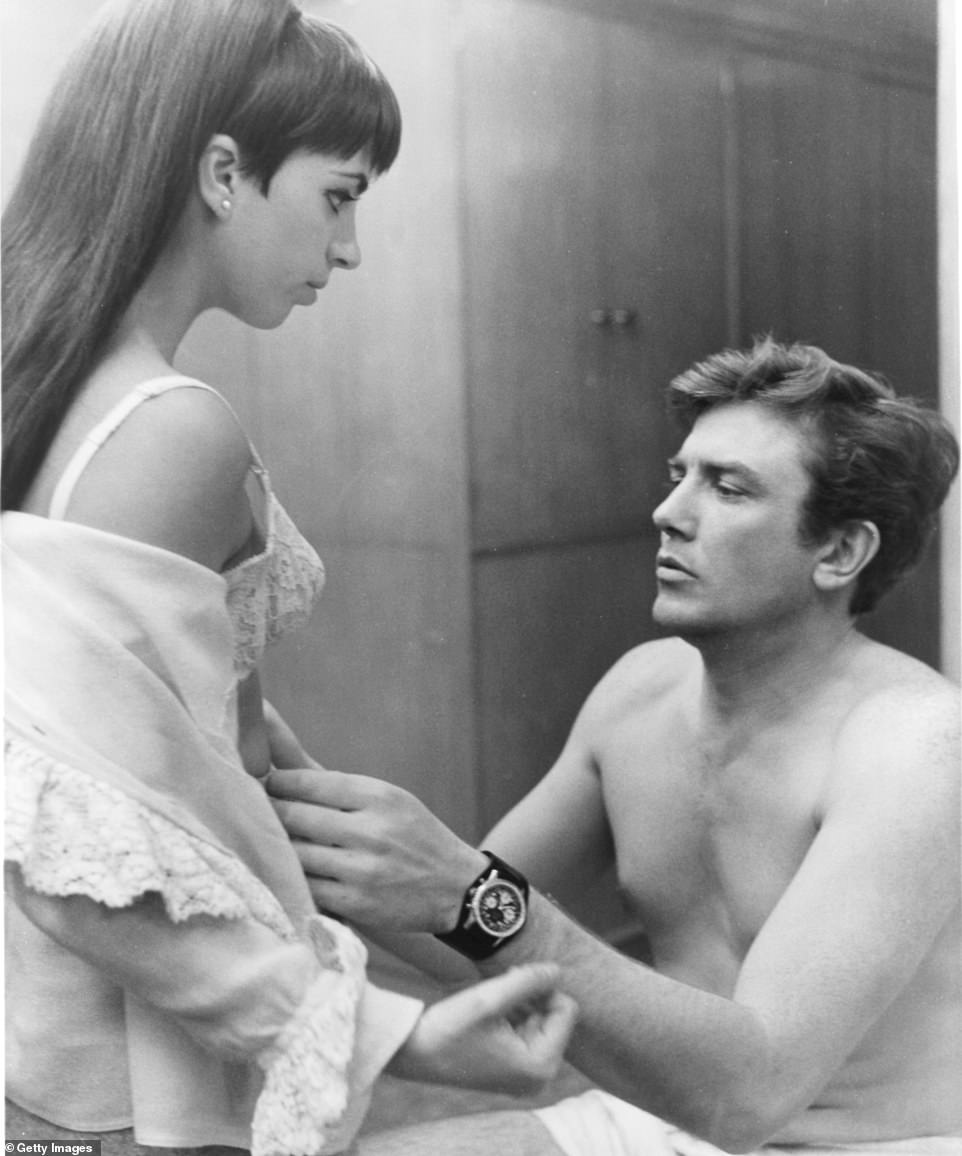 Liza Minnelli and Albert Finney in an intimate moment during the film Charlie Bubbles, 1967 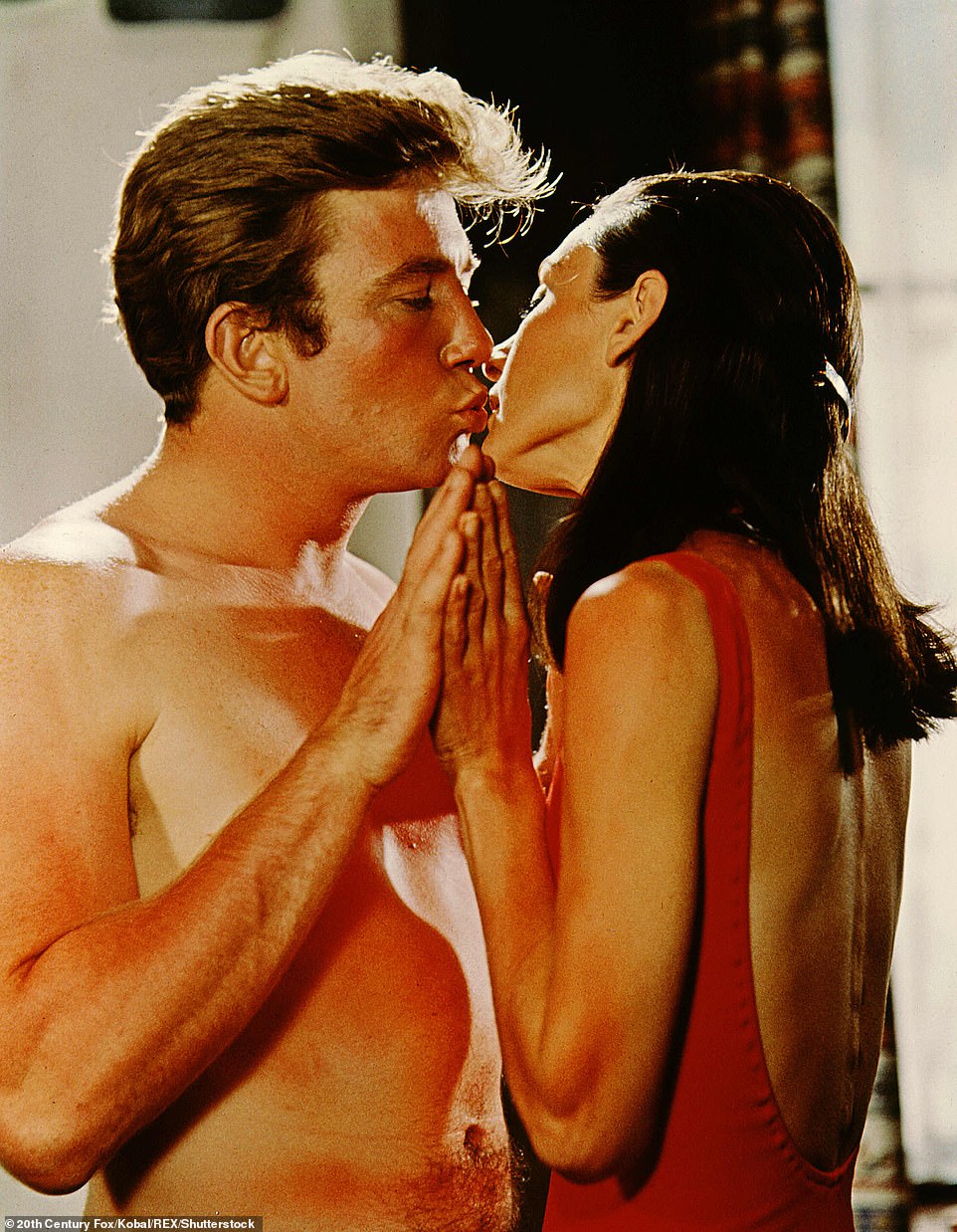 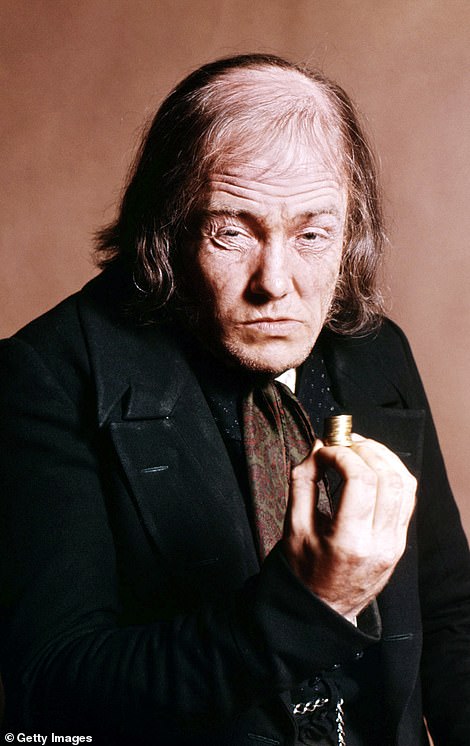 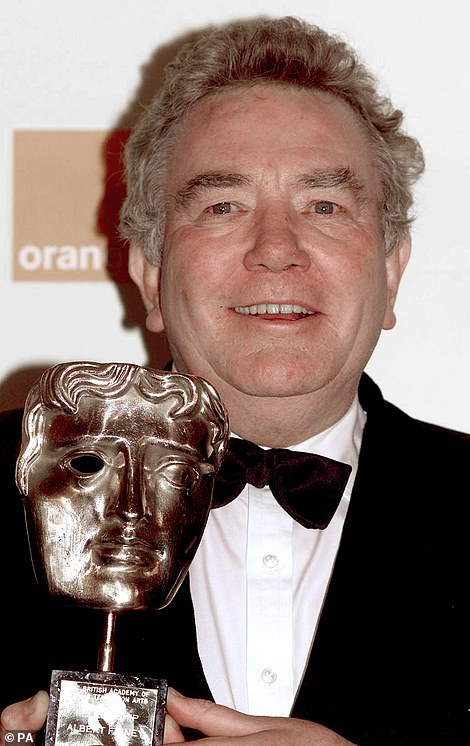 Albert Finney won plaudits for his portrayal of Dicken’s miser Ebenezer Scrooge in ‘Scrooge’ in 1970. Bafta remembered the actor today, who was honoured with a Bafta Fellowship in 2001 (pictured right)

Actors David Morrissey and Russell Crowe, who starred with him in ‘A Good Year’, paid tribute to Albert Finney

Actor Rufus Sewell tweeted: ‘Very sad to hear about Albert Finney. I had the enormous privilege of working with him early on. Apart from being effortlessly great he was also a great all round example of how to behave’.

Bafta also remembered the actor, who was honoured with a Bafta Fellowship in 2001.

They said: ‘We are deeply saddened to hear of the passing of Albert Finney. The recipient of the BAFTA Fellowship in 2001, Finney will be warmly remembered for his powerful performances in Saturday Night And Sunday Morning, Tom Jones, Big Fish and many more’.

Albert Finney was adored for his wide variety of roles that crossed generations but will always be remembered as one of the ‘angry young men’ in the working class film and theatre renaissance of the early 1960s.

He was part of a new wave of actors in the movement sparked in the mid-1950s by working class and middle class novelists and playwrights, starring in Saturday Night And Sunday Morning in 1960, one of the first gritty kitchen-sink dramas.

A five-time Oscar nominee who could seemingly play any character offered to him, Finney was also known for roles in films including Tom Jones, Murder On The Orient Express, Annie, Erin Brockovich, Skyfall, two of the Bourne films and Big Fish.

In one of his lesser TV roles in The Gathering Storm, he won critical acclaim for his portrayal of Winston Churchill. 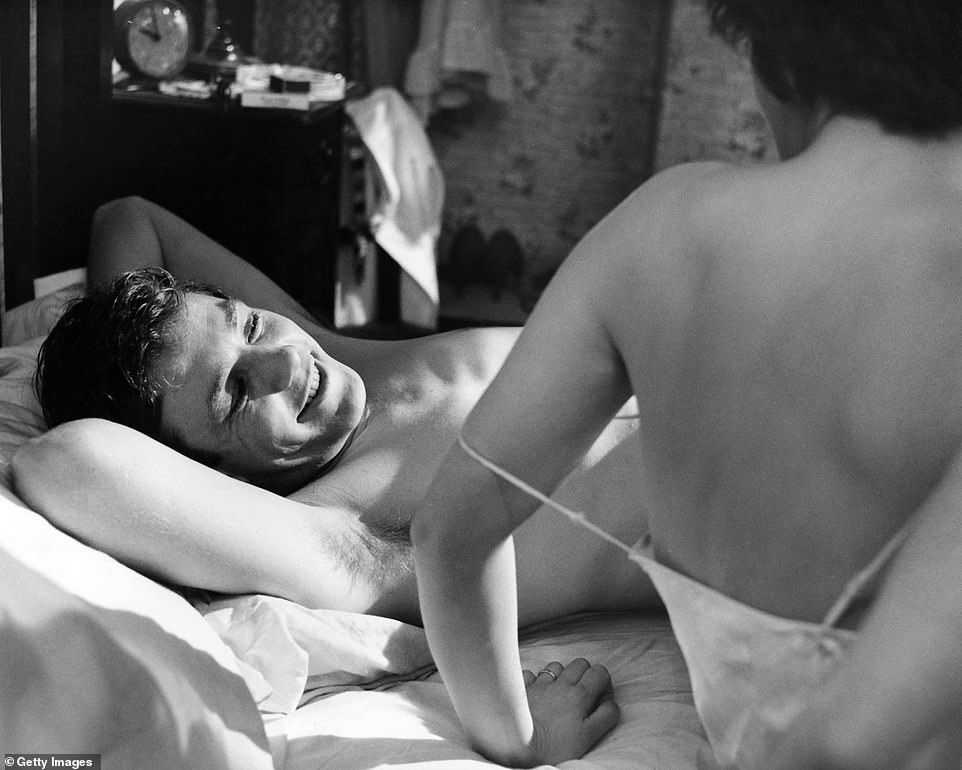 Albert Finney became a pin-up as Arthur Seaton and Welsh actress Rachel Roberts, as Brenda, in ‘Saturday Night And Sunday Morning’, one of his breakthrough movies 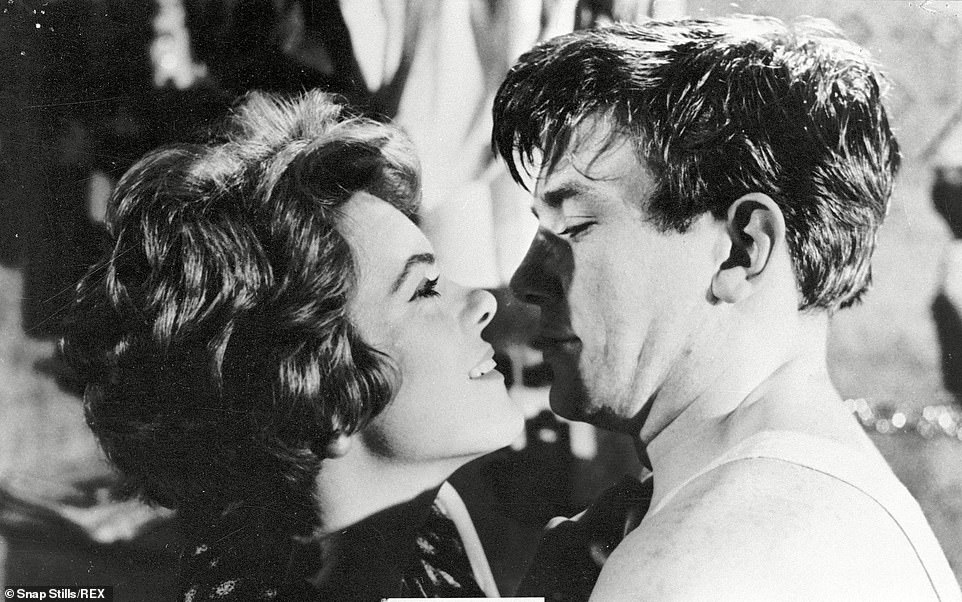 Finney rose to fame after playing the original ‘angry young man’, Arthur Seaton, in the film production of Alan Sillitoe’s classic novel, Saturday Night and Sunday Morning, about a factory worker coming of age in Nottingham 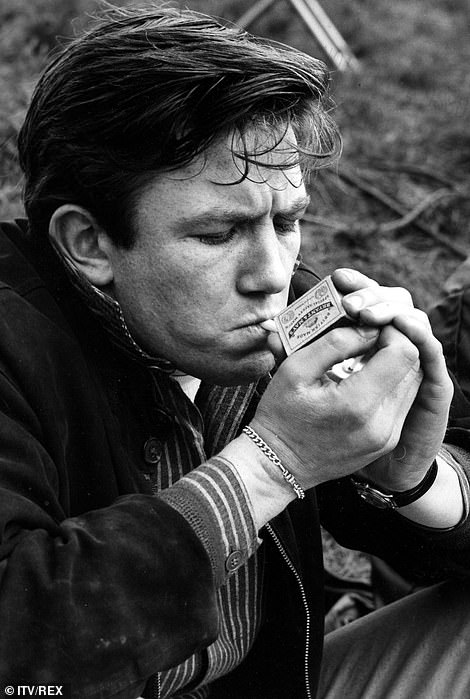 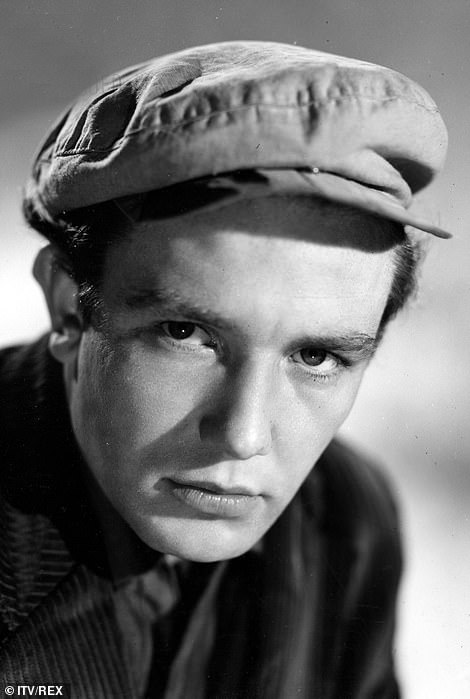 ‘Kitchen sink drama’ Saturday Night and Sunday Morning, released in 1960, broke new ground as part of what was dubbed a ‘British New Wave’ of filmmaking 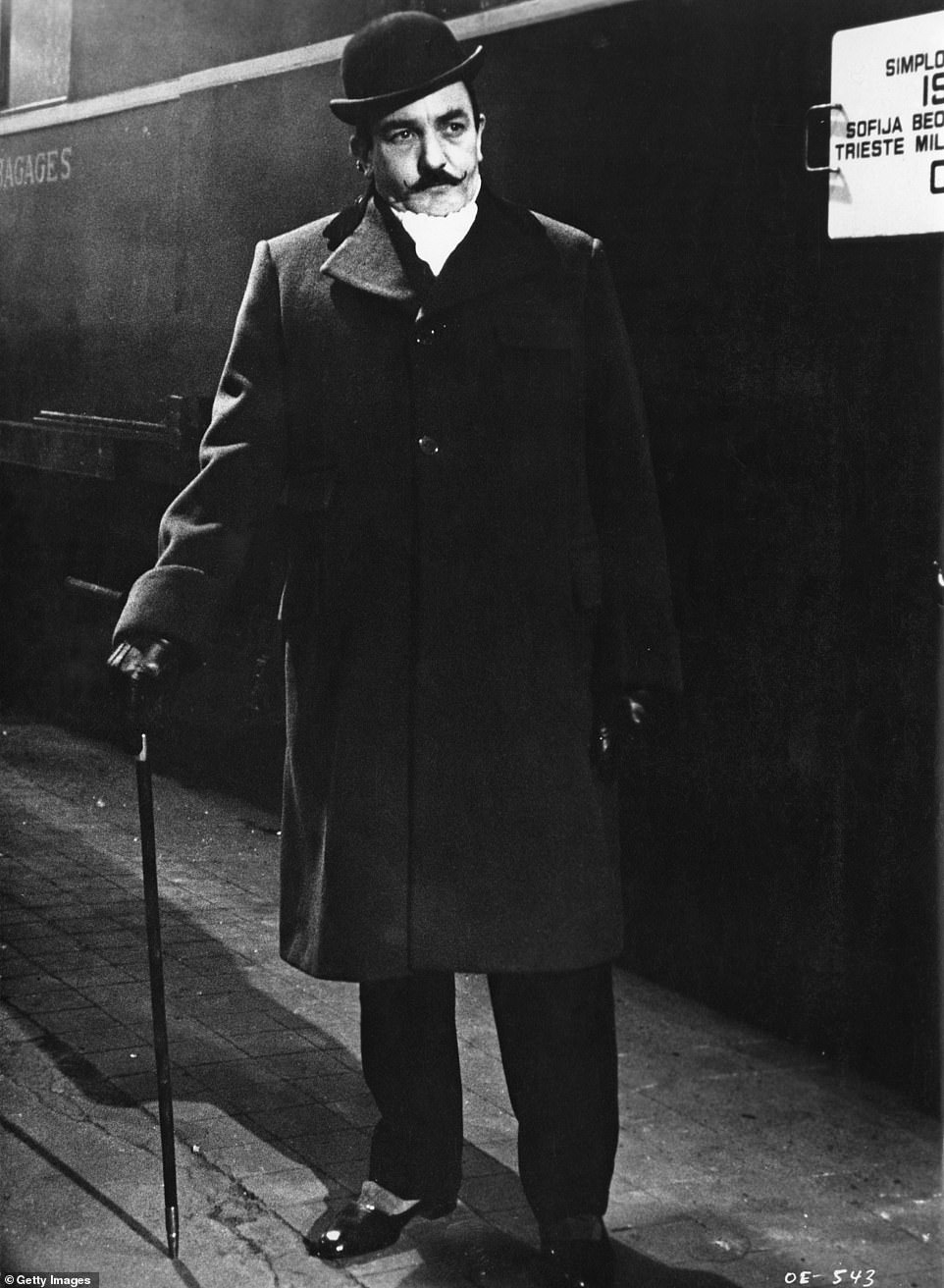 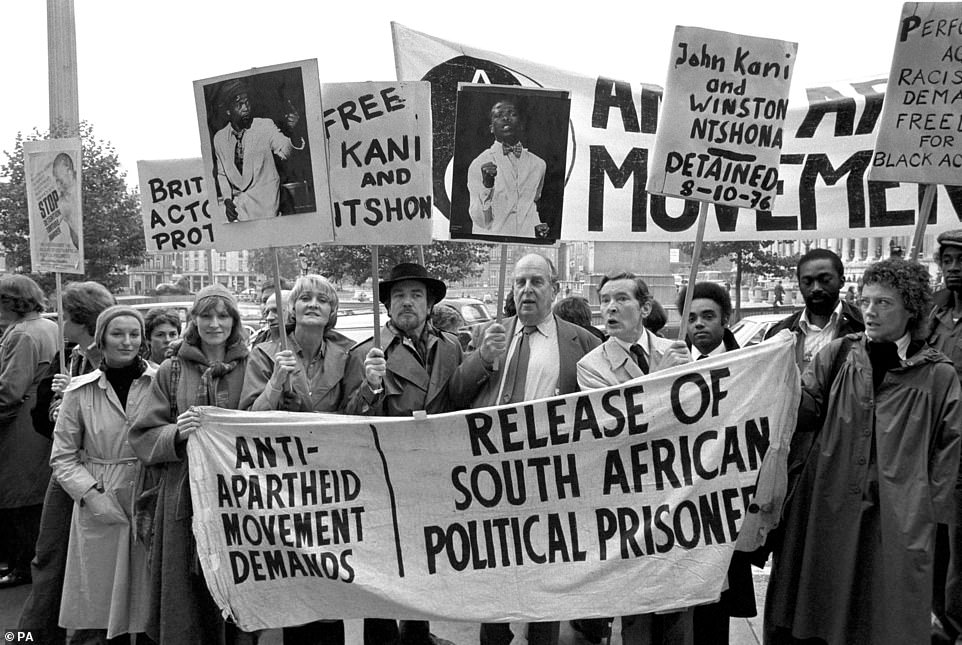 Born on May 9 1936 in a working class area of Salford, Finney knew from an early age that he wanted to act but at the time there were few opportunities for someone from his background. 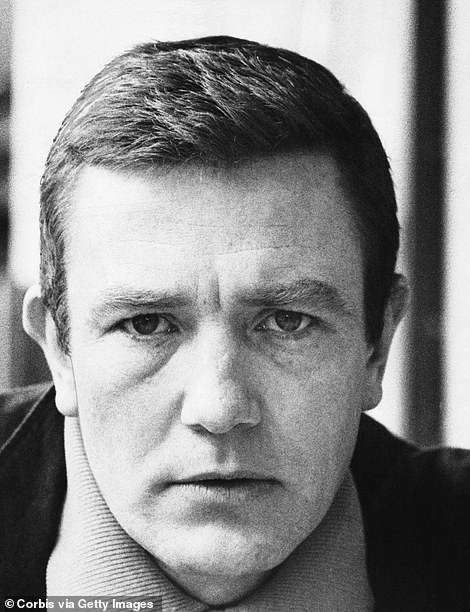 The star, pictured in character for ‘Should I work for the poor?’ in 1973 refused a knighthood

At 17, he was accepted by the Royal Academy of Dramatic Arts and later became a member of the Royal Shakespeare Company.

After graduating in 1955, he made his professional stage debut in Julius Caesar in Stratford-upon-Avon, where he also under-studied Laurence Olivier.

Finney made his movie debut with a small part alongside Olivier in The Entertainer in 1960, directed by Tony Richardson.

Richardson then offered Finney the lead in Saturday Night And Sunday Morning – part of the kitchen-sink cultural movement of men who were disillusioned by modern society – and period romp Tom Jones.

The latter made him a major star and gave him the first of his five Oscar nominations.

He was awarded a Bafta for Saturday Night And Sunday Morning, hailed as the most promising newcomer of the year.

Finney turned down the title role in Lawrence Of Arabia but gained plaudits in a string of acclaimed movies, including Murder On The Orient Express – in which he played Agatha Christie’s Hercule Poirot – The Duellists, Shoot The Moon and The Dresser.

As well as acting, Finney proved himself as a singer, starring in the musicals Scrooge in 1970, in which he played Ebenezer Scrooge, and in Annie in 1982, playing the strict but kind-hearted billionaire Oliver ‘Daddy’ Warbucks.

In later years, Finney appeared in two of the Bourne films – The Bourne Ultimatum and The Bourne Legacy – and his final film role was in 2012 James Bond movie Skyfall.

But biographical TV film The Gathering Storm in 2002 was his finest moment, with his portrayal of Churchill seeing him win a Bafta and an Emmy Award. 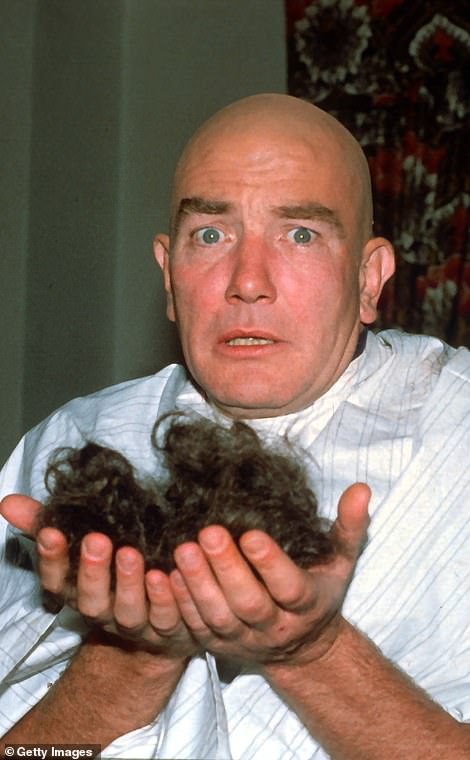 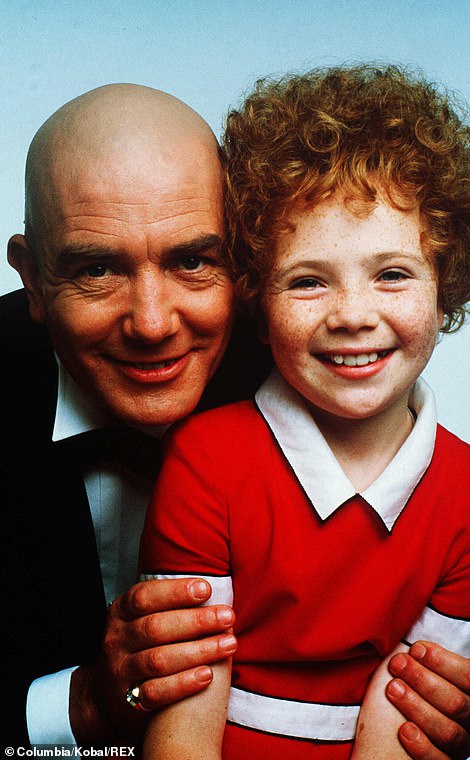 Albert Finney shows us his hair after been shaved for his role as ‘Daddy’ Oliver Warbucks in the movie version of ‘Annie’, right with child star Aileen Quinn 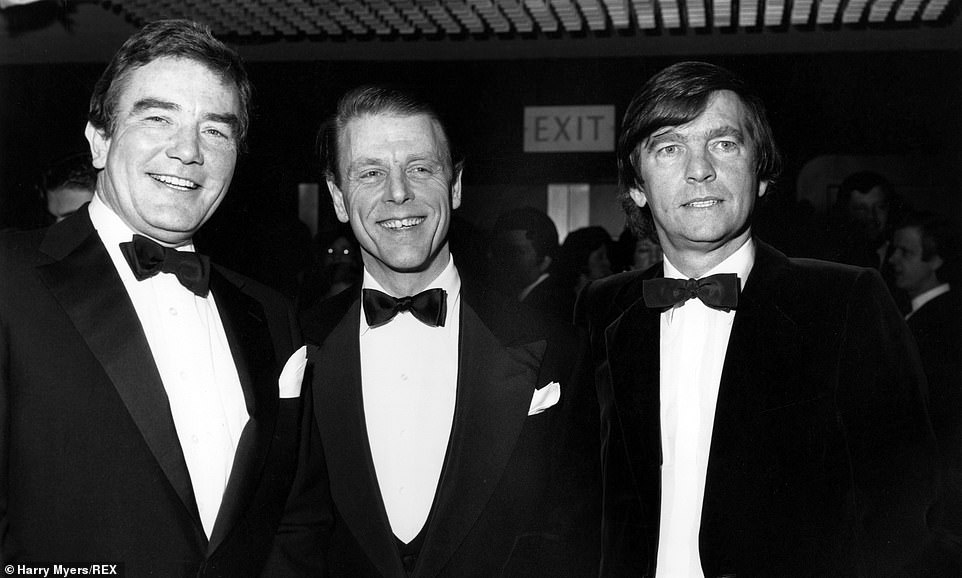 Finney (left), with actors Edward Fox and Tom Courtenay at ‘The Dresser’ film premiere in London in 1984 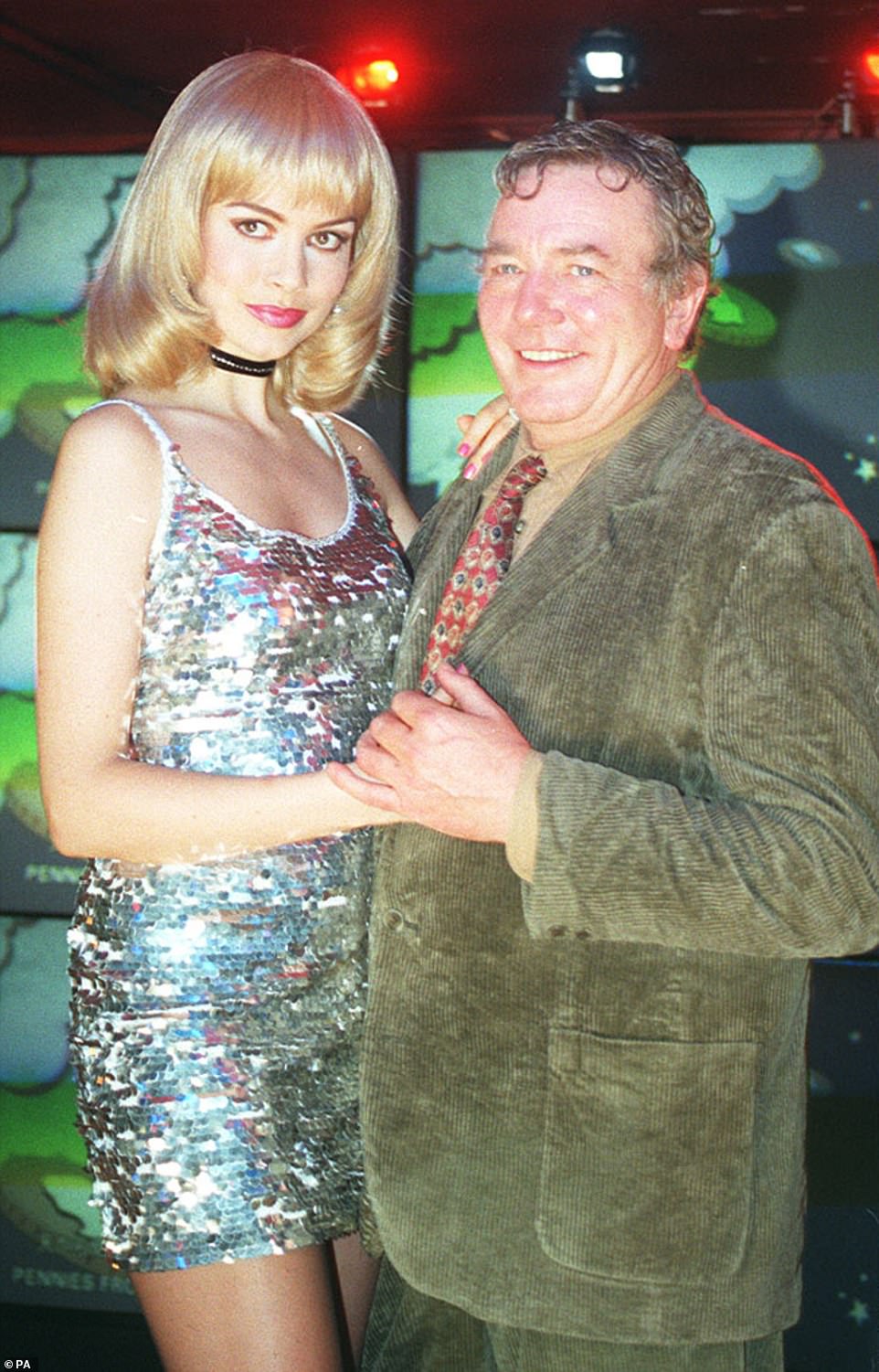 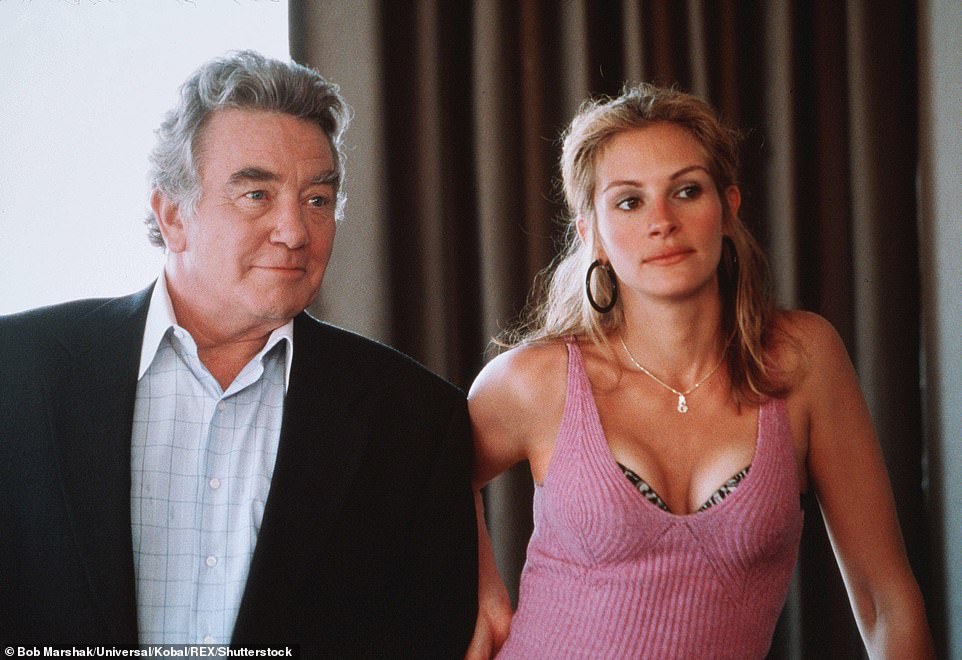 Finney’s career went from strength to strength, starring alongside Julia Roberts in Erin Brockovich in 2000 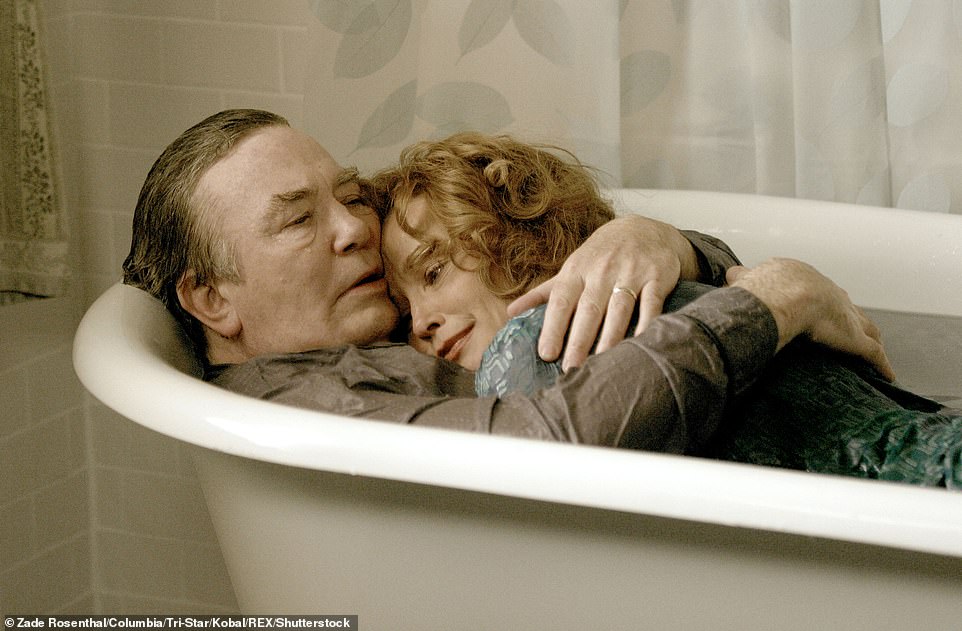 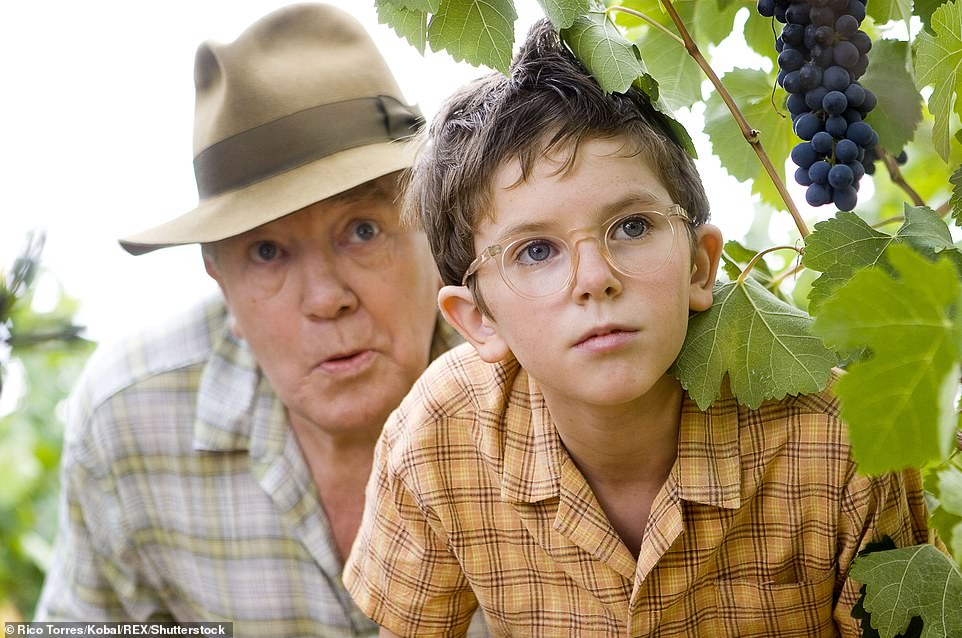 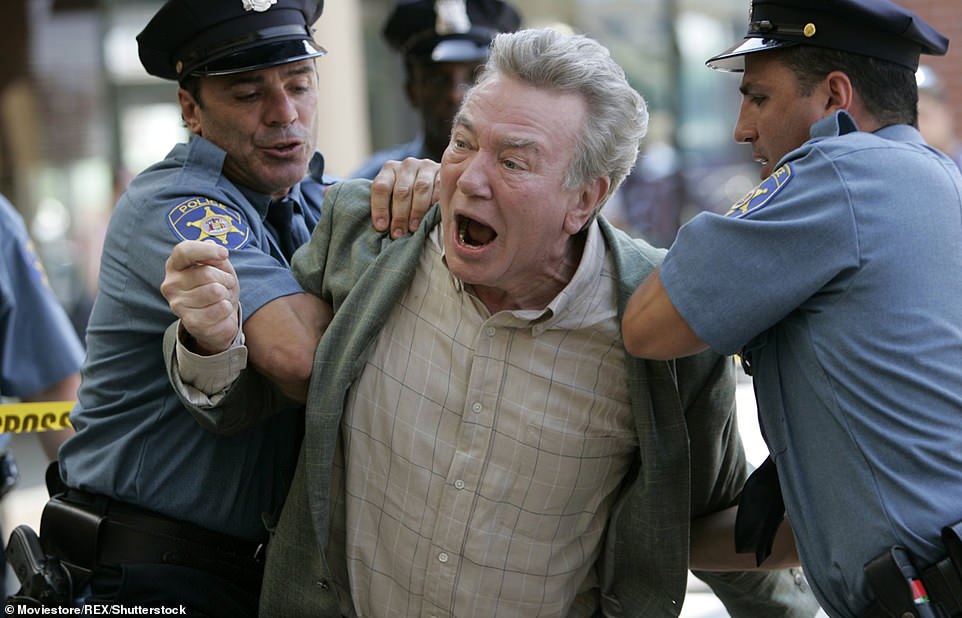 Finney was loved for his hard-hitting roles through his career, including in 2007 film: ‘Before the Devil Knows You’re Dead’ 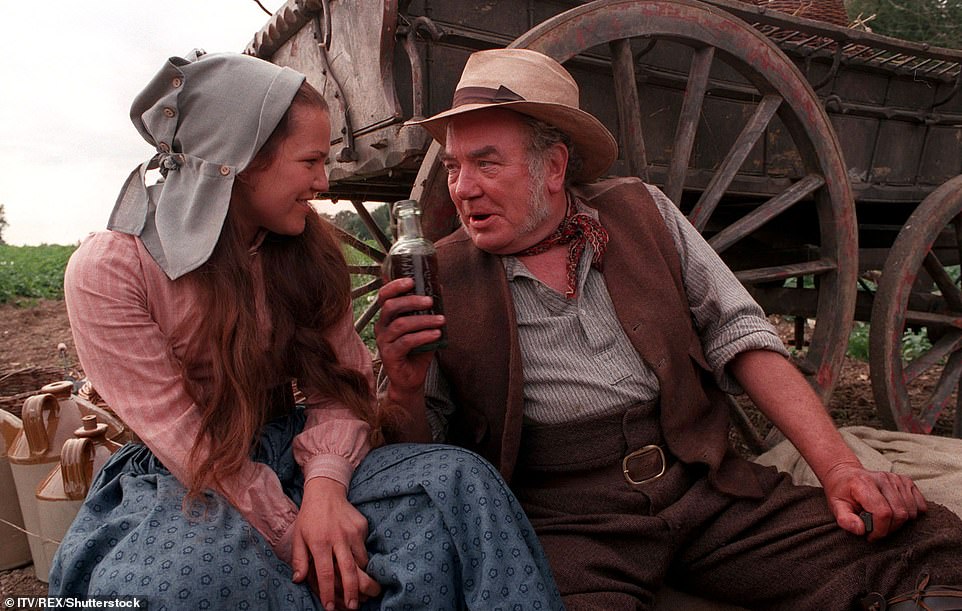 But he was also well-known for mixing up his styles, including in ITV’s TV series My Uncle Silas

He was nominated for best actor in a play for Luther in 1964, and for the same accolade for 1968 play A Day In The Death Of Joe Egg.

Nominated for five Oscars during his career, including best actor for Tom Jones and best supporting actor for Erin Brockovich, Finney shunned attending the Academy Awards.

He received the Bafta Fellowship in 2001 but reportedly turned turn down a CBE in 1980 and a knighthood in 2000.

He was once quoted as saying: ‘My job is acting, and that is why I hate interviews or lectures, explaining myself to an audience.’

Finney had one son, Simon, from his marriage to Jane Wenham. He died at the age of 82 following a short illness.