Actor Brian Cox has leapt to JK Rowling’s defence in the author’s transgender debate and criticised the so-called ‘cancel culture’.

The Scottish Succession star, 74, revealed he was out of the loop with the Harry Potter writer’s widely publicised debate on menstruation and the transgender community after she shared her controversial opinions on Twitter in June.

When Cox was brought up to speed by his son, who explained the author tweeted about the phrase ‘people who menstruate’ instead of women, he exclaimed ‘for Christ’s sake!’

In today’s Reader’s Digest magazine, the Emmy winning actor said: ‘Call something what it is, as opposed to something that you think it should be. And it is – it’s the cancel culture. I keep well away from it.’

Explaining his stance to the magazine, he said: ‘I was asking my son because I’d been away when this J.K Rowling thing had been going on.

‘I kept saying “so what happened?”, He said “well, she believes women menstruate”.

In June, Rowling, 55, came under fire from the LGBTQ+ community and critics, including Harry Potter actors, when she tweeted opinions about the community. 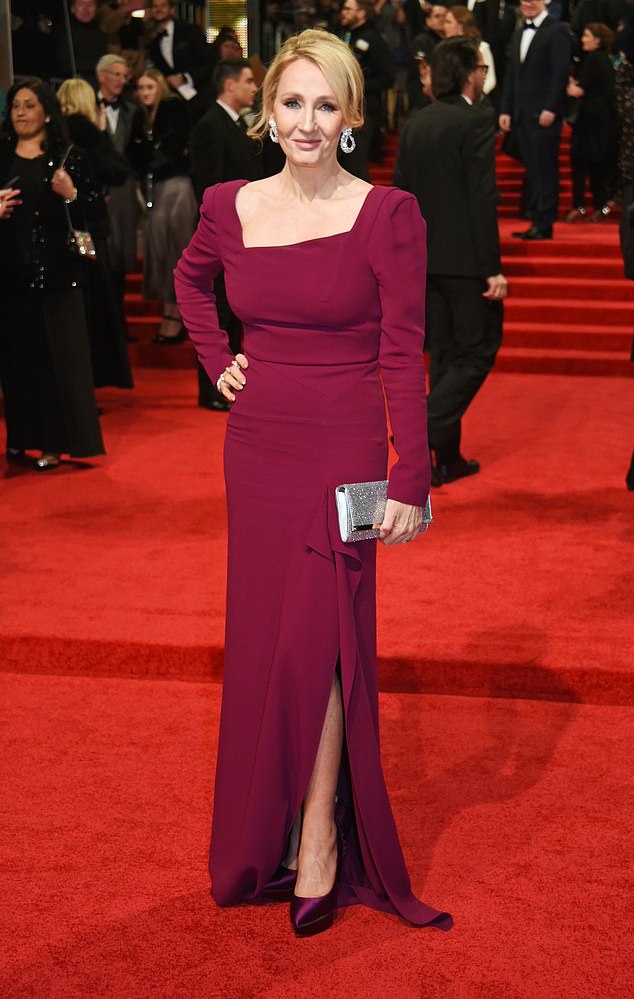 Earlier this year, JK Rowling shared her controversial opinions on Twitter and tweeted about the use of the phrase ‘people who menstruate’ instead of women. Pictured, attending the 70th EE British Academy Film Awards (BAFTA) at Royal Albert Hall on February 12, 2017 in London

She said: ‘I’m sure there used to be a word for those people. Someone help me out. Wumben? Wimpund? Woomud?’

Rowling’s controversial tweet led to a string of denunciations, including from the actor Daniel Radcliffe, who played Potter in the blockbuster film franchise, and other actors who starred in the series.

Rowling had earlier expressed support for a woman who had lost her job over what her employer deemed to be ‘transphobic’ tweets.

Rowling said ‘accusations and threats from trans activists have been bubbling in my Twitter timeline’ ever since but she had also been ‘overwhelmed’ by private messages of support.

She said the ‘toxicity’ around the discussion was damaging and frightening for people within and outside the trans community. 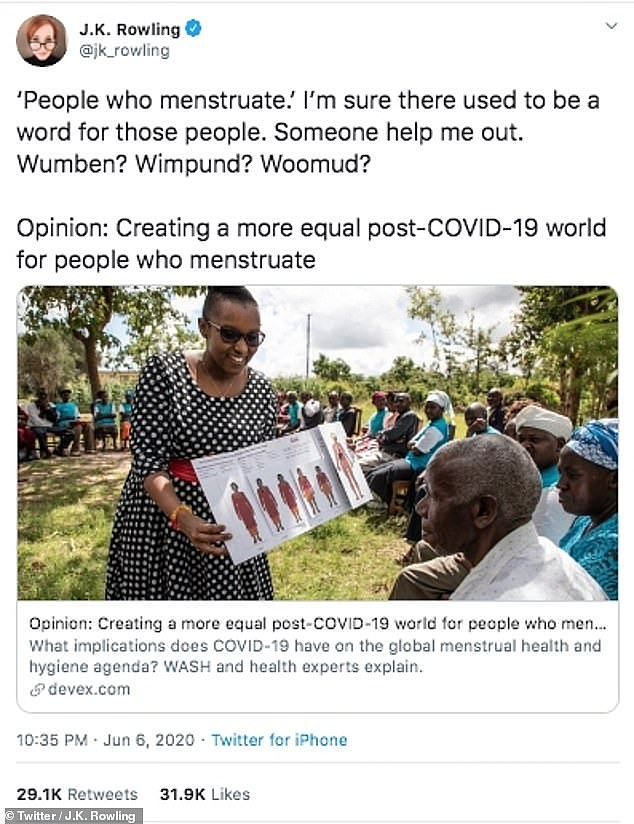 In the controversial tweet, the author penned: ‘I’m sure there used to be a word for those people. Someone help me out. Wumben? Wimpund? Woomud?’ (pictured)

‘I’ve been particularly struck by the stories of brave detransitioned young women who’ve risked the opprobrium of activists by speaking up about a movement they say has harmed them,’ she said on Friday.

‘I’ve been forced to the unhappy conclusion that an ethical and medical scandal is brewing.’

Rowling’s comments are the latest controversy surrounding her work. In some parts of the world, they have been banned for being linked to witchcraft and the occult.

She was also accused last week of being Islamaphobic after an extract of her 2014 crime novel The Silkworm was shared to Twitter. 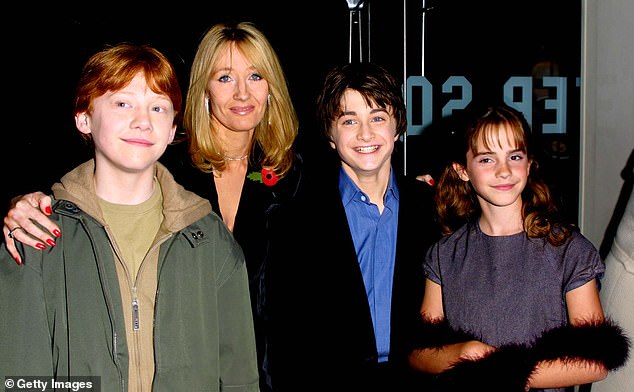 Rowling sparked outrage from LGBT charities following her controversial words and even Harry Potter actors condemned her following the incident in June (Pictured, Rupert GRint, JK Rowling, Daniel Radcliffe and Emma Watson at the world premier of Harry Potter and the Philosopher’s Stone)

The Edinburgh-based author, who writes the Cormoran Strike books under the male pseudonym Robert Galbraith, wrote a passage in the second book of the series where detectives suggest that a ‘woman in a burqa’ fed a murder victim ‘halal takeaway’ before death.

In recent weeks, the ‘Harry Potter’ creator told how she would give back an award presented by the US Kennedy family after one of its members criticised her views on gender issues.

But the group’s president, Kerry Kennedy, said this month the British writer’s outspoken views on gender ‘diminished the identity’ of trans people. 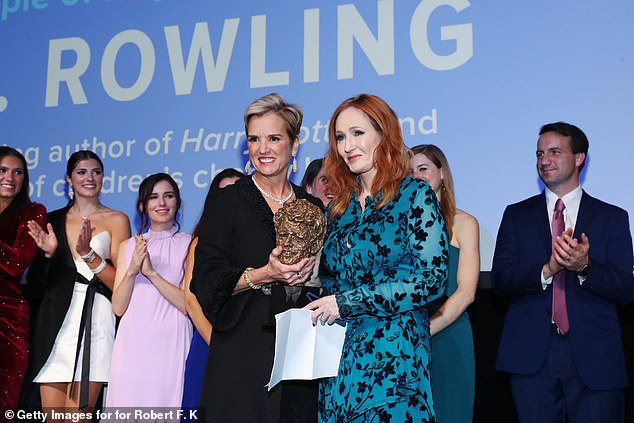 ‘Kerry Kennedy recently felt it necessary to publish a statement denouncing my views,’ Rowling said in a statement on her website.

‘The statement incorrectly implied that I was transphobic, and that I am responsible for harm to trans people,’ she added. ‘I absolutely refute the accusation.

‘In solidarity with those who have contacted me but who are struggling to make their voices heard, and because of the very serious conflict of views between myself and RFKHR, I feel I have no option but to return the Ripple of Hope Award.’

Brian Cox’s latest film The Bay of Silence will be released on Monday, September 28.