Actor leads police on a chase because he can’t performance

David Neese, 61, is accused of leading police on a chase because he didn’t want to miss a performance the next day

A community theater actor is accused of leading Wisconsin police on a chase to avoid arrest so he could star in the play Noises Off.

David Neese, 61, was stopped by Sheboygan County Sheriff’s Deputies for a broken headlight along Highway 57 in Plymouth on Saturday, February 10.

However, officers quickly realized Neese was wanted for theft.

‘In-house has it flagged, he has probably cause to be arrested,’ the officer is heard saying on dash cam footage of the incident.

When police tried to take him into custody, Neese informed the officer that it was an inconvenient time for him to go to jail, as he had a play to star in the next day, and he took off.

He added he would ‘turn himself in after the show’, the officer recounted to his partner. 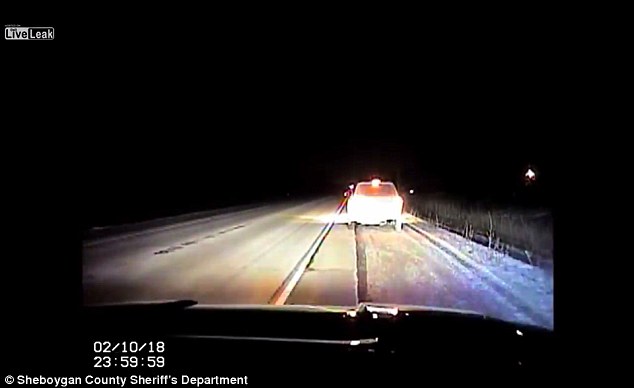 Neeson is then seeing stopping his car about a minute after taking off and starting the police chase.

‘We’re not doing this again, turn the engine off and get out of the car,’ the officer tells the committed actor.

But Neese didn’t listen, and drives off once again, continuing southbound on HIghway 57.

The actor only stopped for good minutes later, when road spikes punctured his tire. 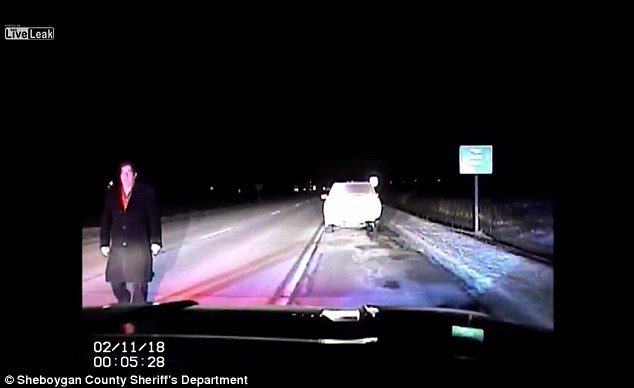 After trying to flee twice, Neeson finally complied, exited his car and turned himself in 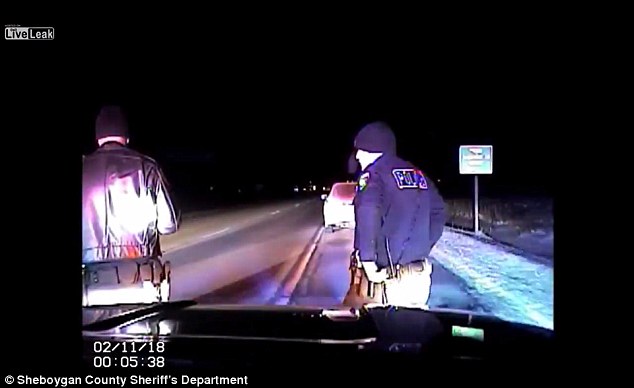 Neese never made it to the play, as he was cuffed and taken to jail after the incident 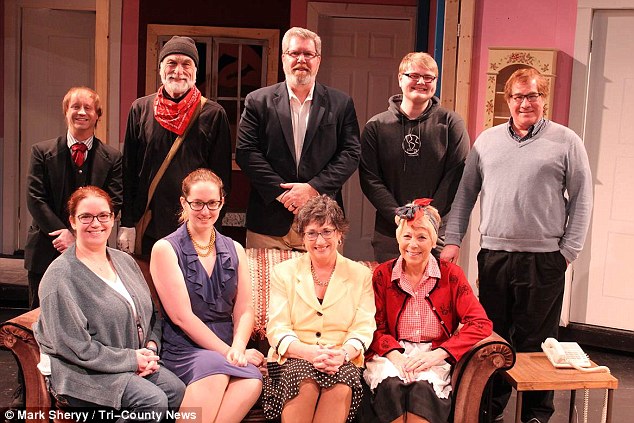 When instructed to turn off his car’s engine and get out of the car, he finally complies, exiting the vehicle and walking towards police with his hands on his head.

Neese never made it to the play, as he was cuffed and taken to jail after the incident.

Calumet County Community Theater confirmed he was supposed to appear in their play Noises Off over the weekend, and did not show up for Sunday’s performance.

Neese was due to play Lloyd Dallas,

They didn’t know why until Fox6 informed them of the bizarre chase Neeson took police on the previous day.