Actress, 43, is left bloody and bruised after being jumped by a gang while leaving New York City bar

An actress has shared an image of her bloodied face after she was allegedly beaten in a brawl of 10-15 people, sparked by a New York bouncer who spewed racist abuse.

Jennifer Agostini, 43, revealed the shocking image of what her face looked like following the attack at Sky Room bar in Manhattan around 3am on Sunday that left her with ‘facial scarring and multiple lacerations’.

During the incident an African-American security guard allegedly called the movie-and-TV actress and her friends ‘white motherf***ers,’ ‘dirty white b****es’ and yelled ‘f**k those white b****es and their money’.

Agostini had visited the nightlife venue from 11pm Saturday to celebrate a friend’s birthday and the group enjoyed VIP bottle service that cost them over $900.

Jennifer Agostini, 43, appears with blood all over her face in an image taken after she was allegedly beaten by a New York bar bouncer and other men described as a gang of his friends 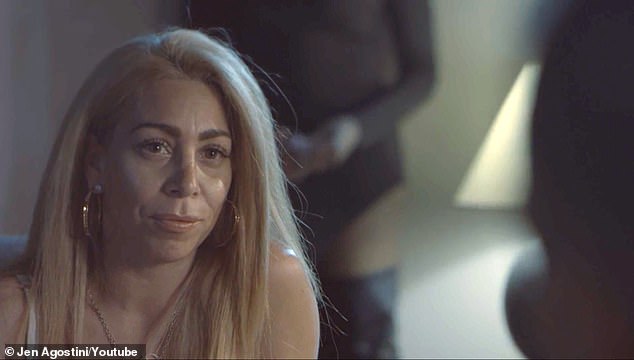 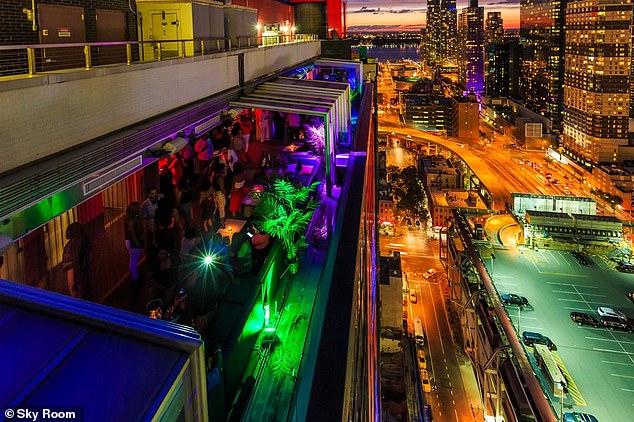 Legal documents state that after they were turfed out of the special area and moved down to the non-VIP floor, they paid up and went to the lobby.

But when a member of her group remembered the venue still held the card on which a $350 fee was held, they attempted to go back.

That’s when a 6ft 2in man wearing a black turtle neck, identified in legal documents as a bouncer, allegedly pushed one of the women.

‘It was just this stampede as we were leaving. We just got rushed and assaulted by, I can’t tell you by how many people,’ Agostini told The New York Post.

According to attorney papers requesting the venue release video footage from the incident, swimsuit model Perendinellys Garcia, 46, was ‘beaten about her face, body and limbs’ and obtained ‘several scalp lacerations’.

Her husband, Cal Stuart, says he had come to the defense of the women but they were beaten to the ground but what he described as ‘gang members’ who were the bouncer’s friends.

Stuart noted his toe had been amputated recently and said in the petition that he was thrown to the floor. Both her and another petitioner, Christopher Selletti were beaten about the face and body. 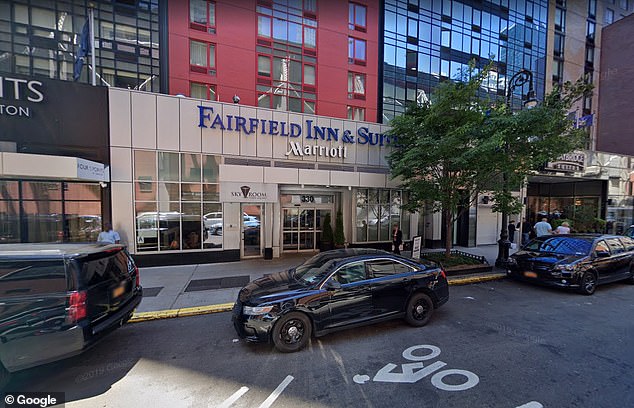 Lawsuit claims the alleged attackers called them ‘white motherf***ers,’ ‘dirty white b****es’ and yelled ‘f**k those white b****es and their money’ as they left the venue (pictured) 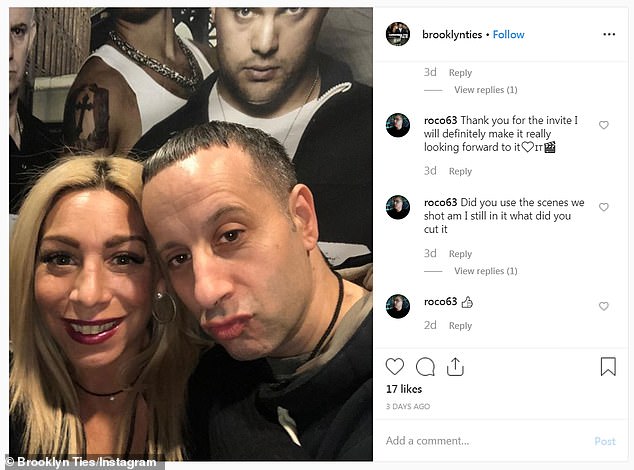 Agostini appeared at WinterCon in New York on Saturday, the same day as the incident 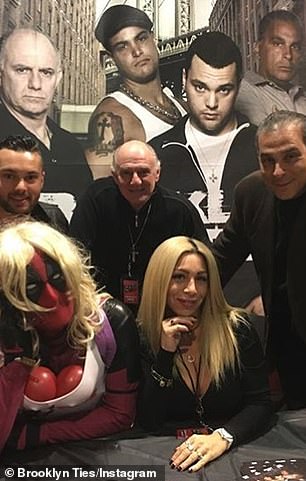 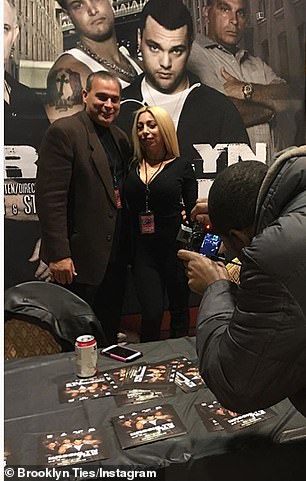 Stuart said the group did not file a police report.

The incident has changed the physical appearances of both women.

‘These are beautiful women and their faces are distorted,’ he told the New York Post.

Agostini appeared smiling at WinterCon in New York on Saturday, the same day as the incident.

The Brooklyn Ties star Agostini says she must now look into having surgery to alter her appearance.

‘I was pushed on to the ground and eight individual jumped on top of me and brutally assaulted me,’ Agostini continued. ‘I have five stitches in my head. My whole eye is closed. I am going to have numerous scars on my face.

‘I’m a lead character on the series in March, and I have to now go to see numerous plastic surgeons, and I also have to go back to the concussion center to MRI my head.’

Stuart said he has a black eye and has been ‘having a lot of headaches’.

‘My whole entire body hurts,’ he told the Post. ‘They were punching and kicking me on my body.’

The owners of Sky Room may now have their liquor licence suspended due to the incident as the legal petition states it could be the subject of litigation.

It’s unclear whether the security member was staff or hired from a third party company.

DailyMail.com did not receive an immediate response from the venue and the petitioners Wednesday.