A prominent organiser of Britain’s Black Lives Matter protests believes the campaign has been ‘hijacked’ by a group of far-Left activists.

In an outspoken attack, Imarn Ayton, 29, also voiced fears that people may have donated towards a high-profile online fundraising campaign without realising that those behind it want to tear down capitalism and abolish the police.

Ms Ayton, an activist and actress, said she organised the Black Lives Matter rally in London’s Parliament Square on June 6 and a peaceful protest in Hyde Park on June 20.

Imarn Ayton (pictured), a prominent organiser of the Black Lives Matter protests in the UK, believes the campaign has been ‘hijacked’ by a group of far-Left activists

She claimed that Black Lives Matter UK, the campaign group behind the fundraising campaign that has raised more than £1 million, had not been involved in organising the demonstrations.

‘A lot of people assume they were the driving force behind the protest when in actual fact they just support the protests,’ she told The Mail on Sunday.

‘The BLM movement is a separate entity to BLM UK. I have no contact with BLM UK and they have not been on the ground once.

‘The issue with BLM UK is they have not revealed themselves, they have not been transparent. They are abolitionists, they believe in the removal of prisons, smashing capitalism and abolishing the police.’ 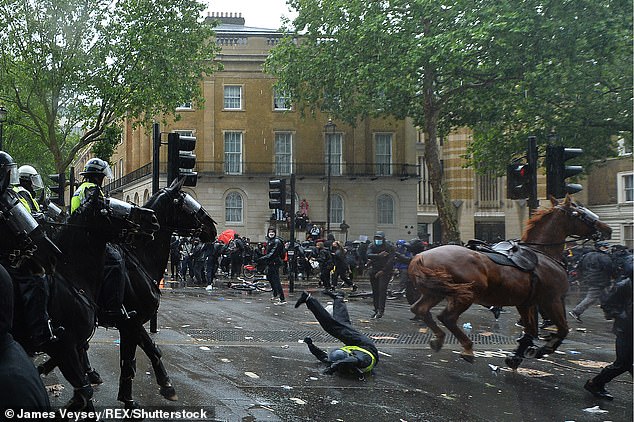 BLM UK was formed in 2016 but rose to prominence this year after the death of George Floyd in the US and a campaign in Britain to take down statues of figures linked to slavery or colonialism.

The group’s Twitter feed, which has the same distinctive black and yellow colour scheme as the US campaign, has 74,000 followers and its Instagram page has 78,000.

A crowdfunding campaign launched by the group on June 2 has attracted 34,500 donations totalling £1.1 million. But opposition has grown over BLM UK’s far-Left policy agenda and a tweet posted last week criticising Israel.

The leadership of the group also remains secret.

Meanwhile, The Mail on Sunday has learnt that GoFundMe remains in control of BLM UK’s fund while it checks on where the money will go.

The online crowdfunder has been carrying out what it describes as ‘vetting’ for more than two weeks.

‘No funds have been withdrawn. We require a verified bank account for withdrawal and insist on transparency on use of funds,’ a spokesman said.

Ms Ayton said BLM UK had used a skilful social media campaign – and taken advantage of a leadership vacuum among other groups – to position itself at the forefront of the BLM campaign.

She added: ‘I am just mortified because everyone has given money and they are not going to use that to better the black community. They are going to use it to abolish the police, remove prisons and get rid of capitalism. 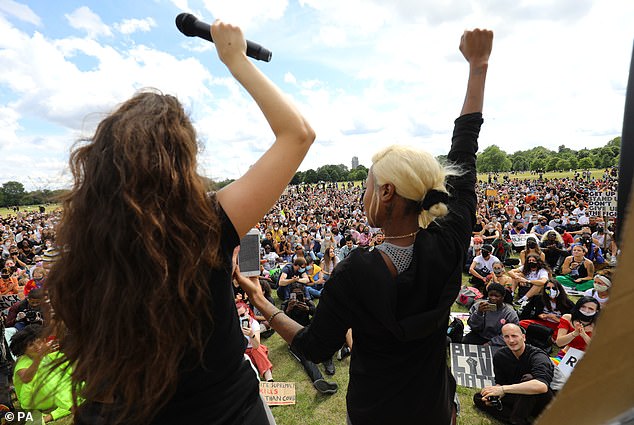 Ms Ayton said Black Lives Matter UK, the campaign group behind the fundraising campaign that has raised more than £1 million had used a skilful social media campaign to position itself at the forefront of the BLM campaign

‘Why on earth would you donate £1 million to people that are not actually doing anything for the black community here and now?’

Ms Ayton, of Peckham, South London, said she was building an alternative ‘black reformist movement’ that will call on the Government to implement the findings of a series of reviews on ethnic injustices.

Her rally on June 20 was criticised by BLM UK, which posted on Instagram that protests were being ‘hijacked by reformists’, adding: ‘Remember: all skin folk are not kinfolk.’ 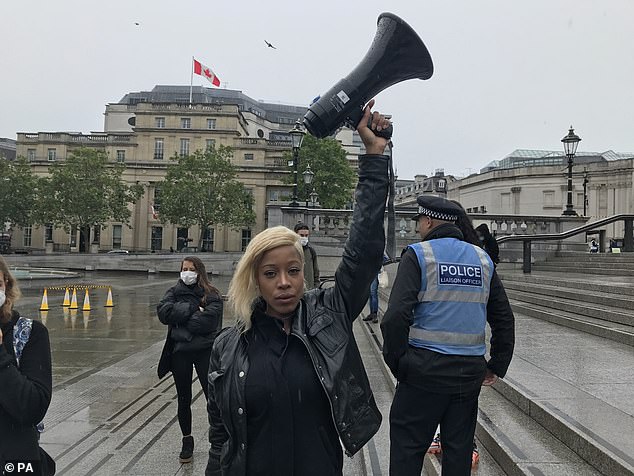 Last week, the Premier League issued a statement saying that its support of Black Lives Matter was not an endorsement of ‘any political organisation or movement’ and said it was ‘aware of the risk posed by groups that seek to hijack popular causes and campaigns to promote their own political views’.

Premier League footballers have played matches wearing shirts emblazoned with Black Lives Matter instead of their names and have ‘taken the knee’ in a protest against racism before kick off.

The league last night declined to comment on whether it had carried out any due diligence on BLM UK before launching its Black Lives Matter campaign.