While many Liverpudlians claim kinship with the city’s most celebrated sons, actress Leanne Best has The Beatles in her blood. She is the niece of Pete Best, the band’s original drummer. ‘He was a phenomenal musician,’ she boasts proudly. ‘The word Merseybeat actually came from Pete’s style of drumming.’

While many Liverpudlians claim kinship with the city’s most celebrated sons, actress Leanne Best has The Beatles in her blood. She is the niece of Pete Best, the band’s original drummer

Beatles aside, Best is recognisable from an array of TV dramas. She played Tina Reynolds in Cold Feet, bleached-blonde firearms officer Jackie Brickford in Line Of Duty and Jane Cobden in Ripper Street. ‘She was a dead posh lady,’ she notes.

It’s odd, Best adds, that the 2017 movie Film Stars Don’t Die In Liverpool is one of the few parts that required her to use her own accent. ‘There’s a strange fascination with Liverpudlian actors, like Jodie Comer, doing different accents,’ Best says of the Killing Eve star. ‘As if we somehow shouldn’t be capable of doing them. No one is asking Benedict Cumberbatch how he can do an American accent, it’s a given.’

Best’s latest television adventure is Carnival Row, a neo-gothic thriller set in a Victorian fantasy world filled with mythical creatures and dark intrigue. It is also a love story between Orlando Bloom and Cara Delevingne, who play human detective Rycroft Philostrate and refugee fairy Vignette Stonemoss, who has curiously opted for a soft Irish accent.

Best describes Delevingne as ‘a genuinely captivating presence and just exquisite to look at’.

Although the actress admits to occasional ‘grim moments’ when she had privately wished the 27-year-old former model would ‘sod off with your gorgeous face’, she spent a lot of time with her and adds: ‘She’s sound, as us Scousers say.’

Best is herself a striking-looking woman. ‘I’m pale with curly dark hair and pointy cheekbones,’ she scoffs. ‘Perfect for playing mad women and witches.

‘I had an interview with a well-known director and he said, “Please don’t be offended by this but your looks turn up about 40 minutes after you do.” And I think,’ she squints, ‘I quite liked that.’

In Carnival Row, Best plays Madame Moira, a brothel-keeper. ‘The first time you see her she’s throwing a six-and-a-half-foot man out of the door, wearing a corset and a pair of stockings and telling him to sling his hook,’ Best smiles. ‘My kind of girl.’

She is single and lives alone in a one-bedroom flat in south-west London. ‘I want a big love if it turns up,’ she admits. ‘But I’m not prepared to hand over huge pieces of my territory and independence to have that.’

Best, who turned 40 this year, enjoyed a small part in 2015’s Star Wars: The Force Awakens and is prepared if Hollywood were to come calling again. ‘I’d say thank you very much, pack a bag and I would get on the next plane.’ 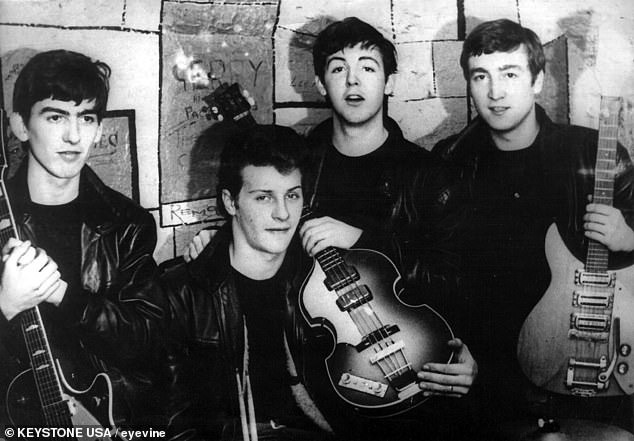 She is generally unfazed by A-list actors, having worked with Vanessa Redgrave, Julie Walters and Ben Whishaw, but she burst into tears on meeting Barbara Knox, who plays Rita on Coronation Street. ‘It reminded me so profoundly of my childhood,’ Best recalls. ‘Sunday night with the lads in the back having a beer and all the girls in the living room watching Corrie. My nan would put a little buffet out.

‘This all came back to me when I saw Barbara and I suddenly started sobbing. Fortunately, she was lovely about it.’

‘Absolutely,’ Best winks kindly, acknowledging the Beatles pun. ‘Although I did notice that she started edging slowly towards the exit.’