Actress Lori Loughlin has been photographed as she pumped gas in California after pleading not guilty in the college admissions scandal.

The 55-year-old star of TV show Fuller House stood in activewear gear, a large hat and dark sunglasses next to her black Mercedes Benz on Wednesday.

They allegedly paid $500,000 to get the daughters Olivia, 19, and Isabella, 21, into the University of Southern California. The pair deny the charges.

On Tuesday, business executive Devin Sloane was the sentenced to four months in prison for his role in the scandal, after Felicity Huffman received 14 days.

Actress Lori Louglin, 55, was photographed at a gas stage covered in all black clothing including a hat, sunglasses and activewear, as she stood next to her Mercedes Benz 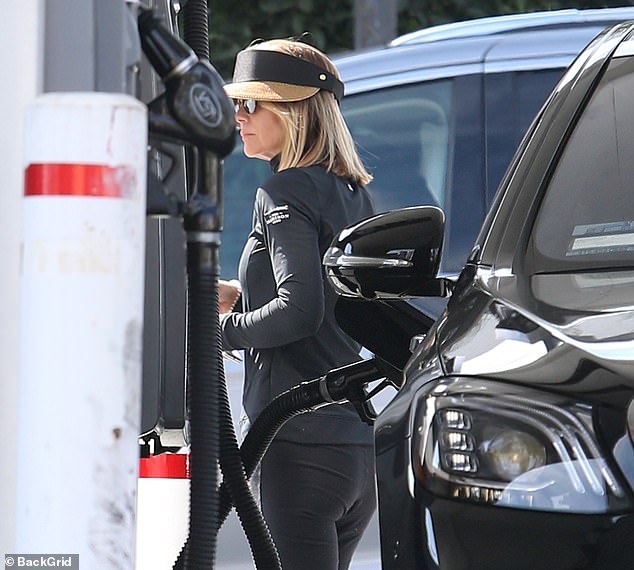 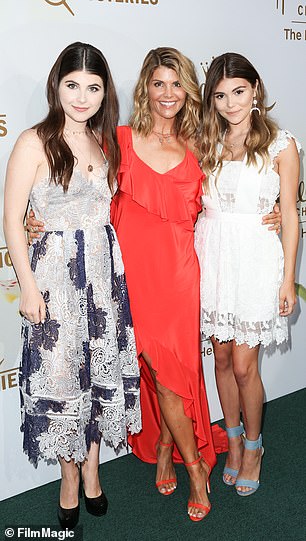 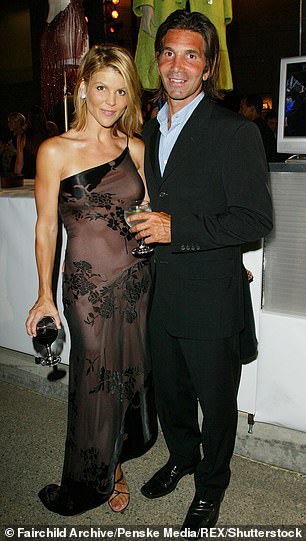 Both Huffman and Sloane took plea deals, which is believed to have led to them receiving more lenient sentences.

They were among at least 51 parents investigated as part of the scandal named Operation Varsity Blues by FBI investigators.

Of that figure, at least 15 have pleaded guilty or agreed to plead guilty, according to the Washington Post.

Parents allegedly paid between $200,000 and $6.5 million for their children to be admitted into colleges and universities in America.

If Louglin and Giannulli are found guilty many believe they could face serious punishments including lengthy prison time.

Huffman received her sentence on September 13 after she paid a fixer to cheat on daughter Sophia Grace Macy’s SAT in 2017.

The judge also issued her an ordered she undertake 250 hours of community service and a $30,000 fine.

He noted that her punishment was less due to paying one of the smaller bribes out of all of the charged parents, as well as quickly admitting her wrongdoing and not involving her daughter in the plan.

Sloane pleaded guilty to fraud and conspiracy after he admitted to have used fake documents on September 25.

He also staged photographs of his son in front of the family’s swimming pool in an attempt to make him look like a water polo star. In reality, he had never played. 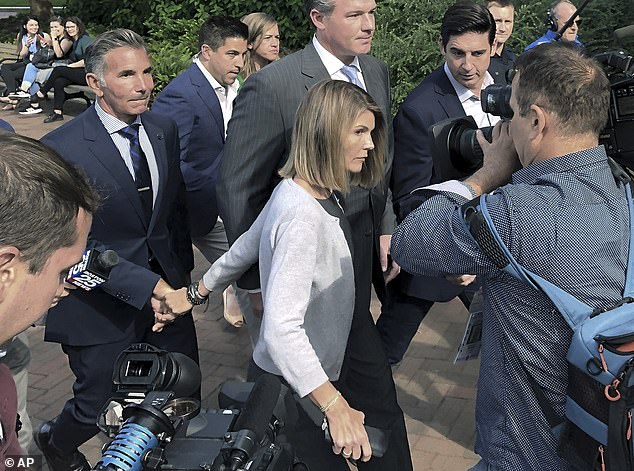 Loughlin (center) and clothing designer Mossimo Giannulli (left) departed federal court on August 27, in Boston. They are among at least 51 parents charged in Operation Varsity Blues 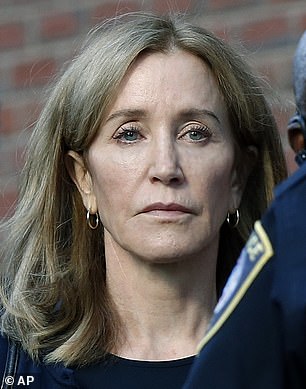 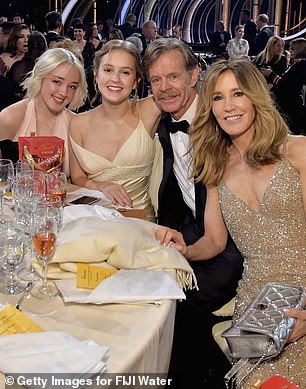 Felicity Huffman (left) was sentenced to 14 days in prison, along with 250 hours of community service and a $30,000 fine for her part in the college admissions scandal. She allegedly paid for a fixer to alter the SAT answers of daughter Sophia Grace Macy (right pic, left). Huffman has another daughter Georgia Grace (center left) and is married to actor William H. Macy (center) 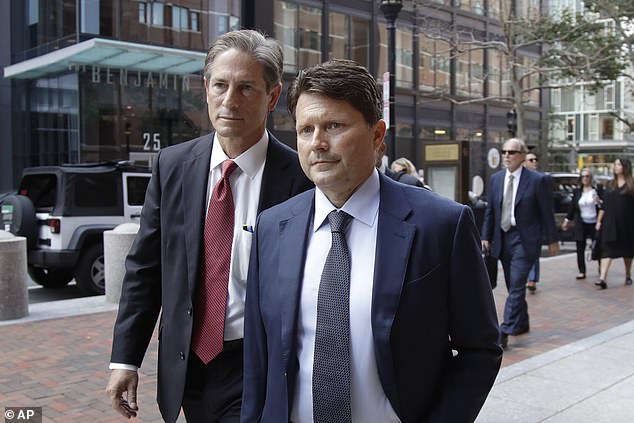 Devin Sloane (right) was sentenced to four months in prison, 500 hours of community service and a fine of $95,000. Here he is pictured as he arrived at federal court for sentencing on Tuesday, in Boston. Sloane admitted to paying $250,000 to get his son into the University of Southern California as a fake athlete

Louglin and Giannulli are accused of paying half a million dollars in bribes to admit their daughters to USC through a sporting route – as part of the rowing team.

Similarly, neither daughter had competitively rowed. It’s claimed they sent $50,000 to Donna Heinel, the senior women’s associate athletic director at USC, along with $200,000 to Key Worldwide Foundation.

The alleged bribes started when their oldest daughter, Isabella Rose Giannulli was due to go to college. The couple allegedly took a similar approach to get their youngest daughter Olivia Jade Giannulli into the school.

He said: ‘And the fines are quite substantial – in the hundreds of thousands of dollars – but the fines seem to be the least of these people’s worries.

‘So you’ve got possible jail time and there will probably be more than one count in respect to each individual.

‘So you have a possibility of both jail and a significant fine on the separate counts.’