Actress Pia Miranda has been crowned the 2019 Sole Survivor of Australian Survivor: Champions vs. Contenders.

Reacting to the magnificent news on Tuesday’s episode, Pia thanked her former rivals for voting for her to win and announced: ‘I can’t believe I won Survivor!’

‘I can’t believe I won’: Actress Pia Miranda, 46, (pictured) has WON Australian Survivor beating out Baden Gilbert to get the $500,000 prize on Tuesday night’s finale

In the end, it all came down to the 46-year-old’s subtle game play and deep connections, both of which got her the final vote from her peers.

Revealing she never thought she would win the tough show, the Looking For Alibrandi star graciously accepted the win.

‘I just paid off my mortgage in seven traumatising weeks. This was the most amazing experience of my life!’

‘I have come away from this a better person. Playing Survivor was a lifelong dream,’ she added.

After making it to the top two, Pia and Baden were faced with the tough task of pleading their case to win to the nine members of the jury. 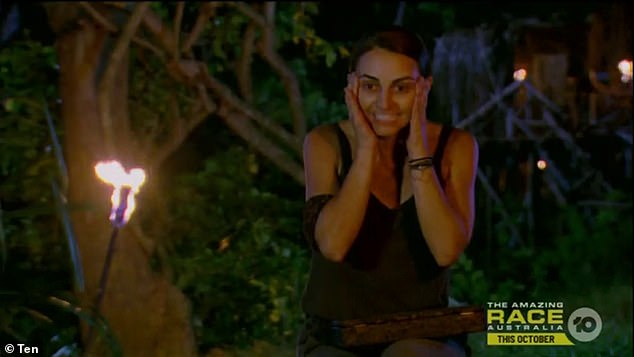 ‘I just paid off my mortgage in seven traumatising weeks. This was the most amazing experience of my life!’ Pia said after the win, clearly shocked 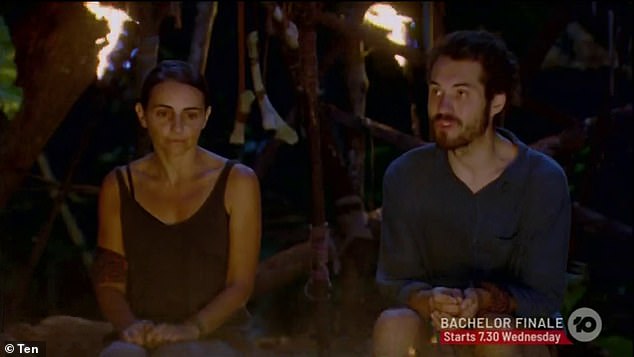 Face off: Pia beat out PhD student Baden Gilbert securing five out of the nine votes from the jury, after they both pleaded their case to the assembled former players

But before they got there, Pia and Baden fought it out alongside second runner-up Harry Hills for the final immunity necklace.

The trio were propped onto pedestals, where they were forced to hold to idol weights without letting them drop on the ground.

The gruelling task became almost unbearable for the trio, with Harry, then Pia collapsing first under the weight in the unforgiving challenge.

With Baden holding strong while being extremely talkative, Pia winced in pain while Harry almost over-balanced. 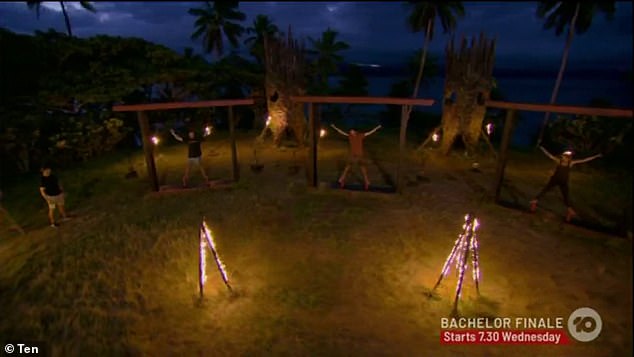 Tough: The gruelling task became almost unbearable for the trio, with Harry, then Pia collapsing first under the weight of the idols during the challenge

After six hours and 40 minutes, Harry asked host Jonathon LaPaglia to get down in order to stop the excruciating pain.

Pia buckled over in pain next, asking Jonathon to get down in order to break from the relentless pain.

Baden was crowned the winner of the challenge which got him an immunity spot in the grand final. 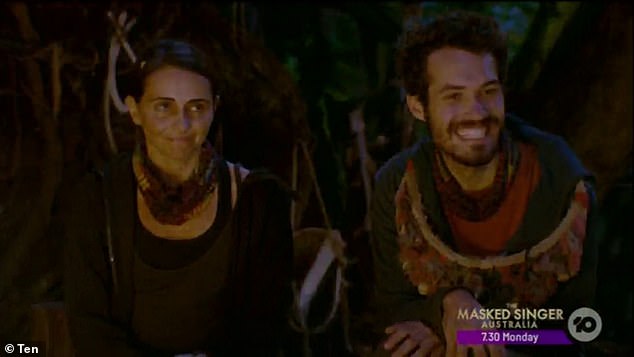 Winner: Baden crowned the winner of the challenge which got him an immunity spot in the grand final

Back at the last tribal council, Baden was given the choice as to who he would take with him to the grand final.

‘It is the sort of power you can only dream of having in this game,’ Baden said.

He added he was also thinking about what the jury are looking for in the game. 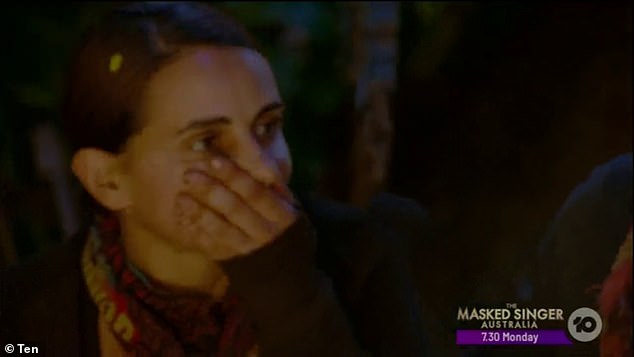 Final top: Baden took Pia through to the final grand, after his surprising win meant he got immunity at the final tribal council

‘I think Baden has a better shot at winning against me,’ Pia said, trying to get to the final two.

But Harry countered: ‘I’ve seen Pia’s game since the tribe swap. And it’s subtle, yes. But if you think that it’s been a weak game in any way, then you’re dead wrong.’

‘I mean, she is a professional actress and she’s gone through this game being quite deceptive about how strong she is. That’s dangerous,’ he added. 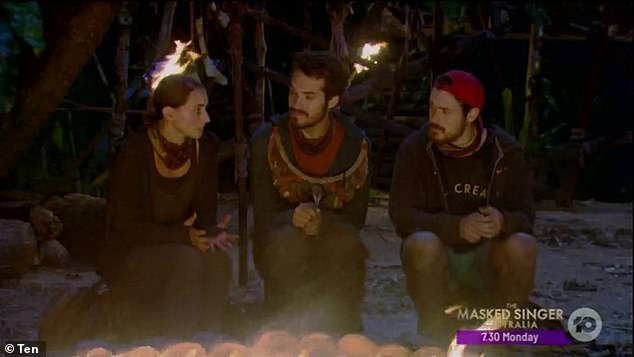 Gracious: Harry was gracious when he left the game: ‘It’s been an absolute privilege to play with all of you. Like, just an honour. Can’t wait to see you guys tomorrow,’ he said

Harry went on to tell Baden that Pia would beat both of them.

After Baden voted Harry out, he was thanked by Pia.

‘It’s been an absolute privilege to play with all of you. Like, just an honour. Can’t wait to see you guys tomorrow,’ Harry said. 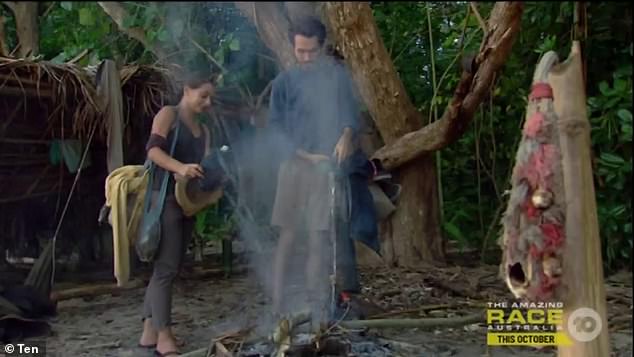 Ending: Pia and Baden put out the fire for the final time before tribal council, where they faced the harsh jury

During their last morning, the final two did a final 50th notch on a tree branch, which had been a tradition at camp.

They were also treated to a breakfast basket, which included bacon and eggs, pretzels and breakfast juice.

‘Who would have thought, us two oddballs [on the final two],’ Baden said. 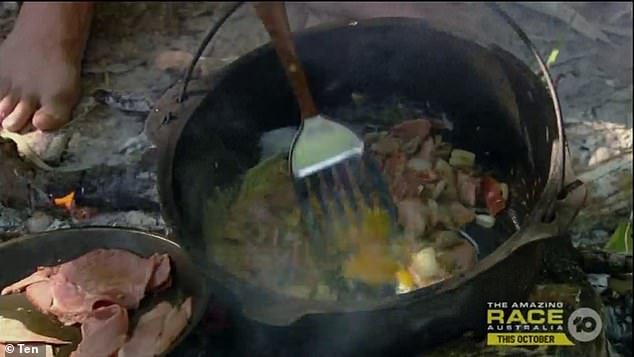 Last morning: The final two were treated to a breakfast basket, which included bacon and eggs, pretzels and breakfast juice

‘I always struggled socially growing up. I looked to empower people like me. I feel like I have transformed [in the game],’ he added.

Entering their jury meeting, the members of the Survivor jury were then allowed to ask Baden and Pia final questions in order to choose a winner.

They asked them to reveal their secret game plays, alliances and why they should win – the council then individually cast their votes. 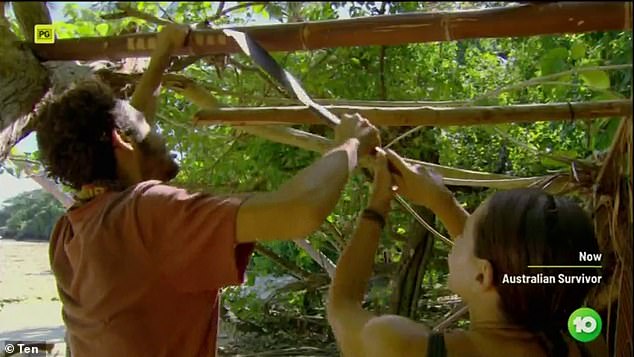 Tradition: The final two did a final 50th notch on a tree branch, with the pair contemplative about their time on the series during the morning

Baden then explained his game.

‘I came into this as someone who thought that applying for Survivor was a terrifying thing. I came in super-awkward, super-shy,’ he said.

‘In my mind, in this game, once you get into the leader position you have a very short amount of time before you’re kicked out of it. 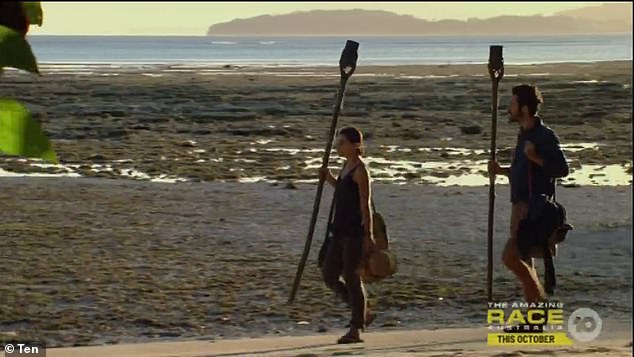 Final two: ‘Who would have thought, us two oddballs [on the final two],’ Baden said, during his last morning with Pia before facing off with the Survivor Jury

‘So my goal was to get into that position as late as possible…The moves are there. And I will own it tonight.’

Pia then explained her social game.

‘I wasn’t going to be the strongest, but I knew that what I wanted to do was be underestimated but always be fiercely strategic,’ Pia said. 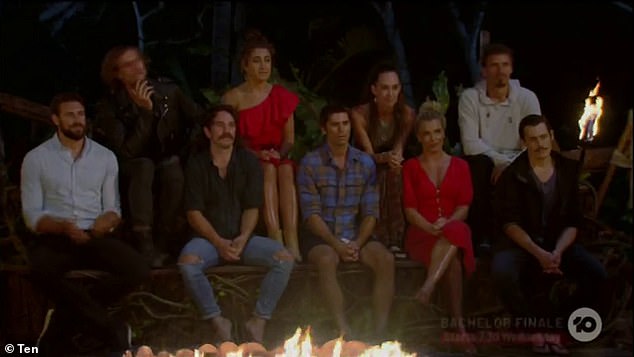 Answers: Nine members of the jury asked Baden and Pia questions about their games, with them both getting called goats (not very strategic) by a number of them

‘I knew that when people were coming for me I wanted to have a buffer of strong people around me, so they’d come for them first.

‘That buffer worked because you came for Simon first and then Janine.’

‘I was always that slippery little sucker that was there and you didn’t know you needed to get me until it was too late.’ 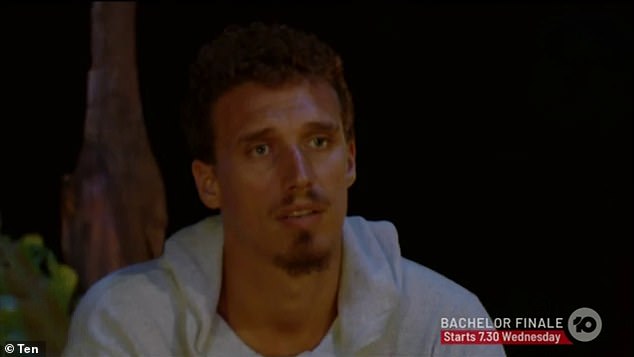 Shocked: ‘I was someone who was willing to vote anyone out. I would do it with a smile on my face if it meant that I would get further’ Pia said to a shocked Luke during Survivor Jury

Pia added: ‘I was someone who was willing  to vote anyone out. I would do it with a smile on my face if it meant that I would get further.’

Reading out the votes, a clear winner emerged early on.

With five votes, Pia was announced as the winner and claimed the $500,00 prize. 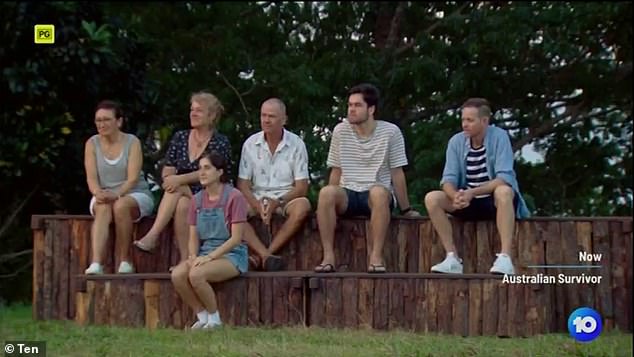 Support: Earlier, the three finalists were greeted by family members who cheered them on during the final challenge