An award winning young actress has been unmasked as the voice of a mother speaking to her son from beyond the grave in a tear-jerking Christmas viral video.

Natalie Martins, who lives in Surrey, can be heard on the short film that was made for just £50 and shared online in response to John Lewis’ big budget production.

The fictional tale, called Love is a Gift, by videographer Phil Beastall, has racked up more than six million views and has won a legion of fans with its emotional message.

The 32-year-old’s video shows a man – played by actor Chris Ilston – ticking off the days to Christmas, seemingly in anticipation of festivities and presents. 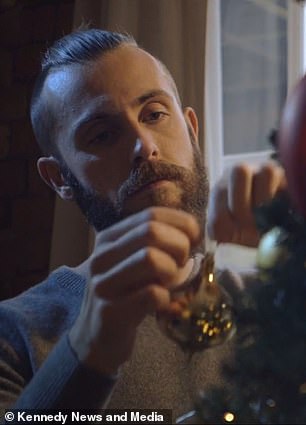 Natalie Martins, left, can be heard on the short film that was made for just £50 and shared online in response to John Lewis’ big budget production. Right, actor Chris Ilston who stars in the budget production

Instead, on the day, he opens up a cassette box – an annual tradition – and listens to a tape of his tragic mother’s final Christmas message from beyond the grave.

As the video racked up more and more views, she Ms Martins posted on Facebook:

‘All the feels around the nation! Thanks to everyone who is sharing our short film.

‘A special film with a special message.

‘Congratulations Phil Beastall on this achievement – this didn’t happen by chance or sheer luck – this happened because you are a talented filmmaker and a wonderful storyteller. 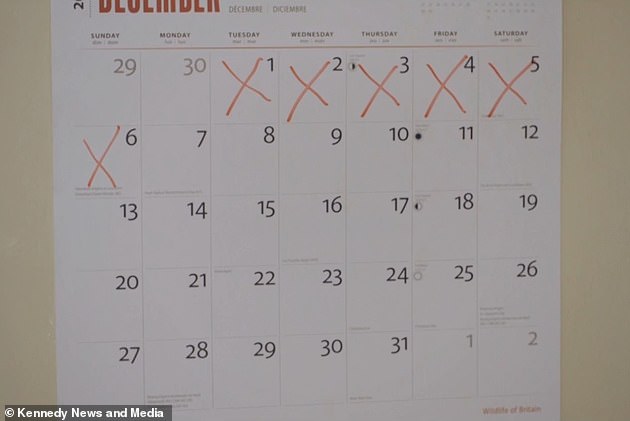 The 2minute 27 second fictional tale shows a man ticking off the days to Christmas, seemingly in anticipation of festivities and presents

Instead, on the day, he opens up a cassette box – an annual tradition – and listens to a tape of his tragic mother’s final Christmas message from beyond the grave

‘Good work deserves to be seen – you deserve this.’

Ms Martins has starred in seven feature films, 14 short films, and a number of TV shows and adverts.

Since the emotional tale went viral, Mr Beastall has been inundated with messages from fans who claim the video could have been used instead of the expensive Elton John-themed John Lewis advert.

Others have suggested the store hire Mr Beastall to make their Christmas advert for 2019. 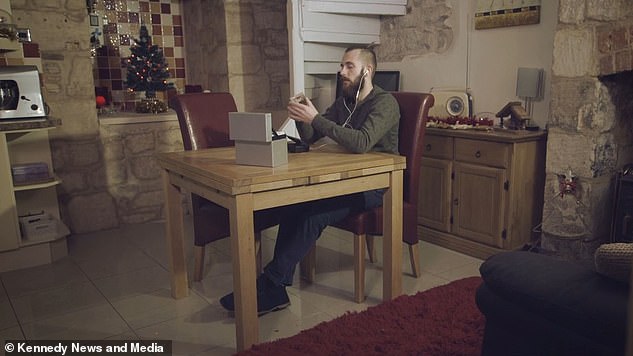 The short film racked up more than 6m views on Facebook this week after its creator, Phil Beastall, posted it in response to the store’s big-budget production 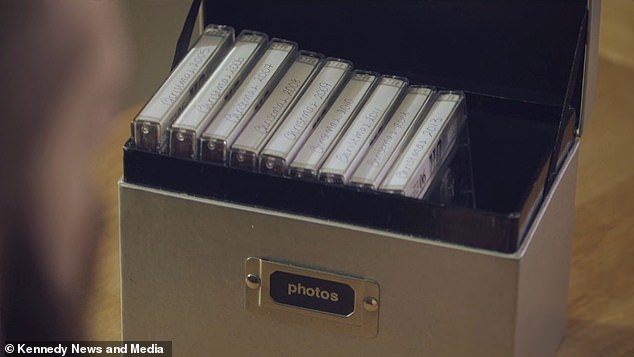 Mr Beastall, from Tewkesbury, Gloucestershire, made the video in 2014 but was inspired to share it again now after seeing the Elton John advert on TV. Above, tapes the ad’s character has listened to over the year

Speaking to Good Morning Britain today Mr Beastall said he came up with the idea for the film, which was shot in 2014, when on a run.

He said: ‘To be honest, it was just a last minute decision really. I’m a bit of a kind of frustrated film maker and I wanted to get a Christmas film out there.

‘It was just when I was on a run on a Sunday and I just came up with this idea and I just really wanted to create something that would resonate with people as I thought especially in today’s society we kind of just need that reminder that we are not really defined by our careers and materialism, actually family does come first.

‘So ultimately I just wanted to create something that was emotive and what resonated with people and maybe they would turn to their wives, husbands, kids whatever and give them a cuddle and say ‘I love you’.’ 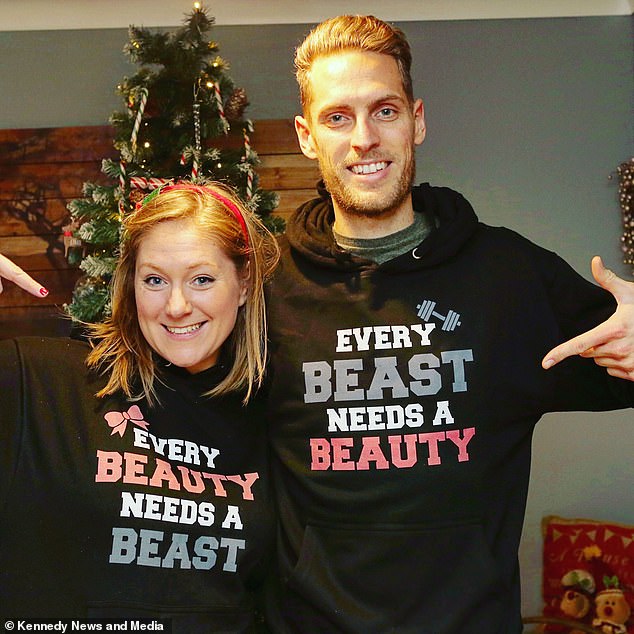 Mr Beastall, a professional videographer, dedicated the emotive video to the selflessness of his partner of ten years Claire Higley, the mother of their children Ethan, Eliza and Zara. (The couple are pictured together)

Thousands of commenters praised the video online and admitted that it had reduced them to tears.

Melanie Thomas wrote: ‘In tear. I have no words except John Lewis, tell your advertising team they [are] sacked. Stop plugging Elton John’s song and get this man to do your adverts.’

The response was so overwhelming that Mr Beastall conceded defeat in trying to respond to all the comments because the video attracted so much attention.

Mr Beastall, from Tewkesbury, Gloucestershire, said yesterday: ‘People seem to like my film because it’s the story that shines through.

‘This says EVERYTHING about Christmas’: Reactions to Xmas ad shot on a shoestring

You don’t always need a huge budget, just an impactfull narrative that gets the message across.

‘I think there’s a bit of a revolution going on in the advertising industry. People no longer want to be overtly sold something which makes our job as video producers a lot harder because we have to sell indirectly.

‘But the good thing about this is that when selling to consumers, we can focus on selling lifestyles and indirectly sell the products or services that fit that lifestyle.

‘A lot of people are struggling financially so to hear that millions is being spent on these campaigns isn’t sitting well with people.

‘People have been saying that it’s just an opportunity to celebrate Elton John and promote his new film.

‘Having said that, I enjoyed John Lewis’s advert. I liked the fact that a success story like Elton’s can start with something as simple as receiving a piano. But if John Lewis knocked on my door tomorrow and said would you want to make next year’s film, I would obviously snap it up in an instant.’

Most touchingly, he received messages of thanks from parents who have lost a child and also children whose parents are no longer alive as the video had had a positive impact on them.

Mr Beastall said: ‘A lot of people are saying how it has touched them and made them feel that they can cope a little bit more this Christmas, which is amazing. I never expected that at all. To think people are getting so much from my film. I am blown away.’

Mr Beastall dedicated the emotive video to the selflessness of his partner of ten years Claire Higley, the mother of their children Ethan, Eliza and Zara.

The man in the video has to finally let go of his mother on the most family-orientated of days and Mr Beastall wanted to celebrate the life that has rewarded him with his wife and mother to his children.