A Good Samaritan desperately worked to save a prominent university lecturer’s wife as she lay dying in her backyard after allegedly being stabbed by her husband.

Daily Mail Australia can exclusively reveal Chen Cheng’s husband Adam Brown allegedly watched on as paramedics and a neighbour fought to save his wife’s life at his Croydon North home, north east of Melbourne, on Saturday.

Victoria Police allege Brown – a social media lecturer at Deakin University who has a doctorate in Philosophy – stabbed her that evening.

Ms Cheng, 35, died by her back gate, despite the efforts of the neighbour and later, paramedics.

Adam Brown, a Deakin University lecturer from Croydon North in Melbourne, (right) has been accused of murdering his wife Chen Cheng, 35, (left) inside their home. 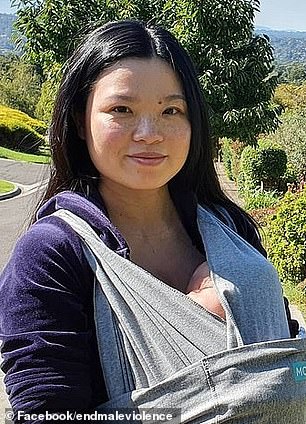 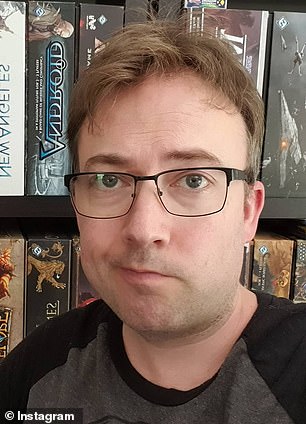 Ms Cheng found by a neighbour dying by the back gate of her family’s home in Croydon North, Melbourne 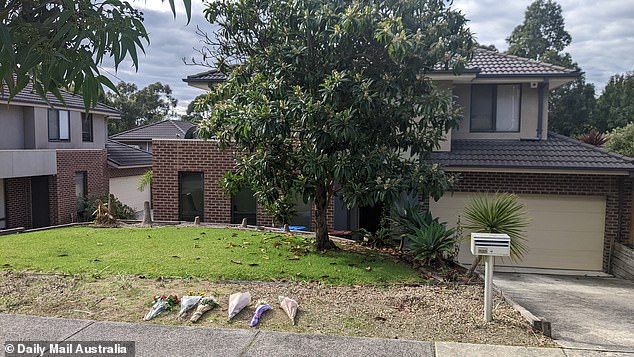 House of horror: Floral tributes were placed outside Chen Cheng’s home where police allege she was murdered on Saturday

A neighbour, who wished to remain anonymous, told Daily Mail Australia she had gone to Ms Cheng’s aid after allegedly hearing screams coming from her home about 10pm on Saturday.

Neighbours have spoken of their horror upon hearing screaming emanating from the home.

‘When I heard the screaming I could tell someone was in distress,’ one neighbour said.

Aided by another neighbour who had also been alarmed by the alleged yelling, the pair walked to the front of the family’s home to investigate.

‘Before the ambulance arrived, (a male neighbour) and me …. they hit on the (front) door because there was complete silence after all of the screaming,’ she said.

‘And then when they saw her, they ran down there to get the nurse.’

An off-duty nurse worked frantically to save Ms Cheng in the minutes before police and paramedics arrived at the alleged grisly scene. 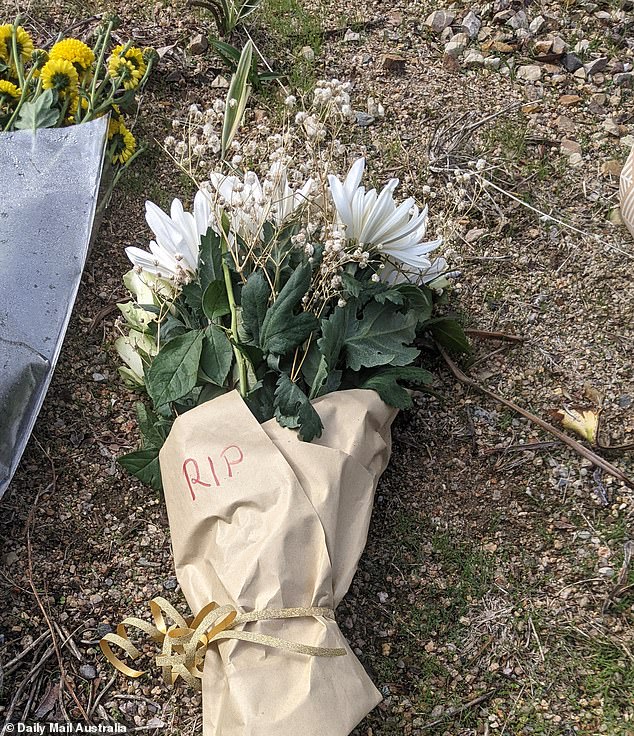 Brown, a Deakin University lecturer, was charged on Monday with his wife’s murder.

It is understood Victoria Police have been told Ms Cheng had attempted to leave the property via the back-gate where her body was found.

‘There was complete silence. No sound from anybody, so in my mind I thought “has she fainted or what?”. I don’t know. She never made it out the door.’

Another neighbour then grabbed the couple’s toddler son and rushed him to safety at a nearby house.

Brown, 40, appeared at brief hearing in the Melbourne Magistrates’ Court via video-link on Monday, charged with murder.

His lawyer Nick Tehan said his client had never been in custody before.

Forensic officers were met with an ‘extremely graphic’ scene, with specialist cleaners seen arriving at his home on Monday.

Bags of bloodstained evidence were removed from the two-storey townhouse as detectives combed the property for clues.

Bags of children’s toys were also taken from the scene.

Neighbours told Daily Mail Australia the family had appeared to be an ordinary, happy family.

‘He used to say hi and just go about his business,’ one neighbour said. 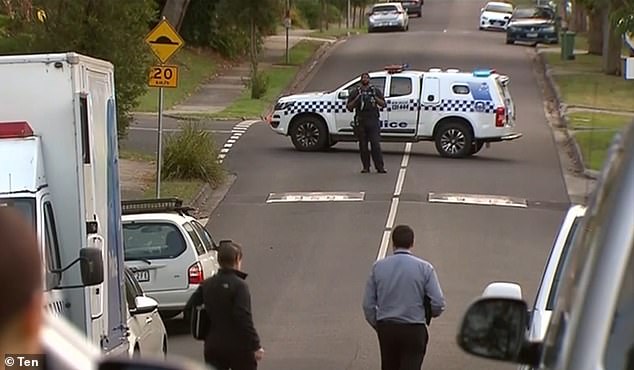 Forensic officers were met with an ‘extremely graphic’ scene with specialist cleaners seen arriving at the home on Monday. 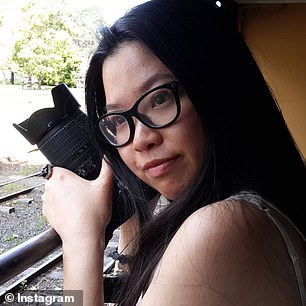 Ms Cheng was described as a lovely neighbour, who would go out of her way to help others.

‘I had an accident last year and she would come over. They were a normal family,’ another neighbour said.

Brown is a senior lecturer in media and communications and has a doctorate in Philosophy.

He married Ms Cheng in China in 2017, and the couple went on to have two young children together.

‘Special shout out on #InternationalWomensDay to the strong, creative, and hilarious woman who gives me the privilege of being around her every day, making me laugh, keeping me sane, and always ensuring I’m on time with everything,’ he wrote at the time.

In another video Brown shared on Twitter less than two weeks before his wife’s death, he recorded the couple on an amusement park ride called ‘The Slingshot’.

The lecturer was heard asking his giggling wife if she felt out of her comfort zone who simply replied: ‘This is nice’.

No application for bail was made during Brown’s brief court appearance on Monday, which heard Ms Cheng’s family had been notified of her death.

The magistrate has asked prosecutors to present a brief of evidence by August with the accused to remain in custody to return to court in September. 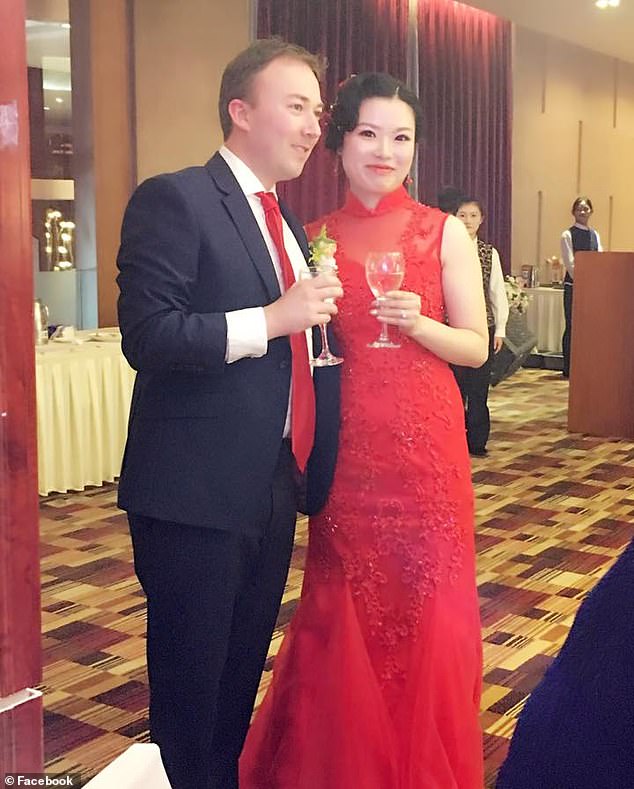 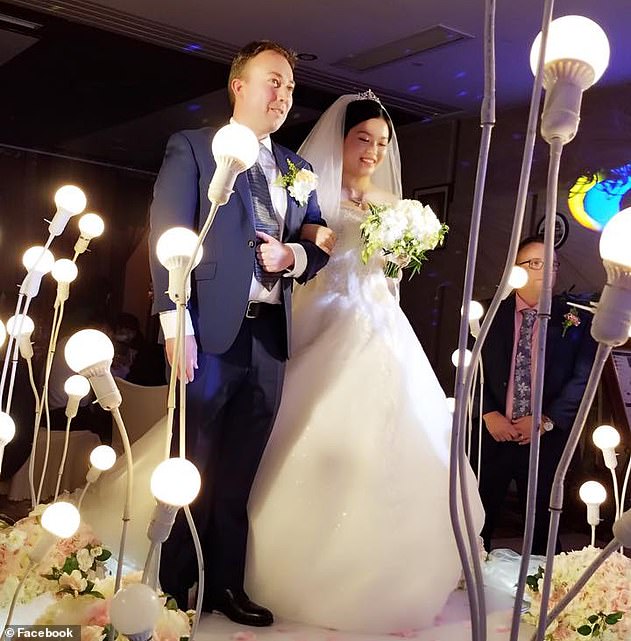 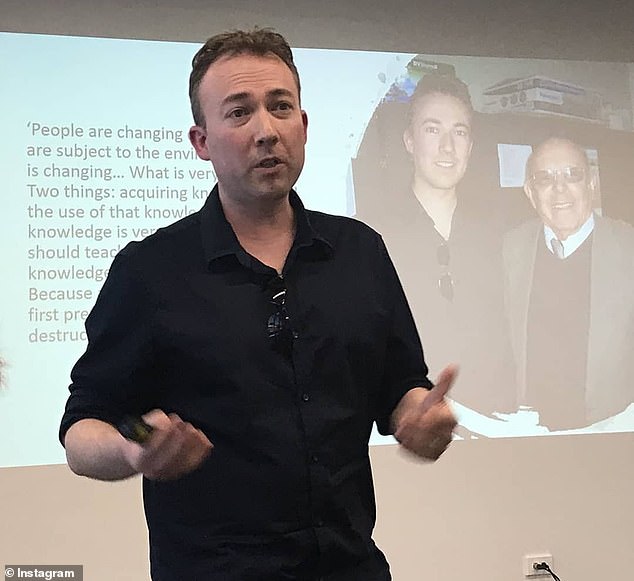 Brown (pictured) is a senior lecturer in media and communications