A comical mix-up which resulted in Colin de Grandhomme being run out with both he and Cameron Boyce at one end epitomised the dire plight for the Strikers, whose batting woes from their heavy loss to the Melbourne Stars at the MCG on Thursday continued.

With Adelaide chasing a modest 155 to win, de Grandhomme, who made 21, and Boyce ended up stranded at the same in the 18th after running an overthrow.

Boyce initially departed, only to be called back as umpires reviewed the breaking of the bails and determined it was the New Zealander – the Strikers’ last recognised batter – to have been dismissed by the run-out.

‘This is a comedy of errors here. Can you believe it? My goodness,’ Adam Gilchrist said on Fox Sports.

‘It was somewhat like Wacky Races to be brutally honest.’

The catastrophic run-out was so bad that Aussie star Mitchell Marsh, who worked on the game as analyst, felt compelled to apologise to viewers at home.

‘If you were someone who has never watched cricket before [and] you’ve just turned the TV on, I apologise,’ he said.

The last-placed Heat looked behind the eight ball when they were sent in and knocked over for 154, before holding the Strikers to 9-137 off their 20 overs.

‘We thought we were definitely under-par but after our bowling innings it was obviously enough,’ Swepson said. 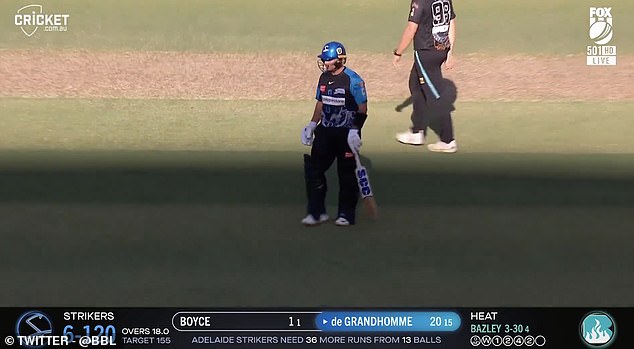 Boyce initially departed, only to be called back as umpires reviewed the breaking of the bails 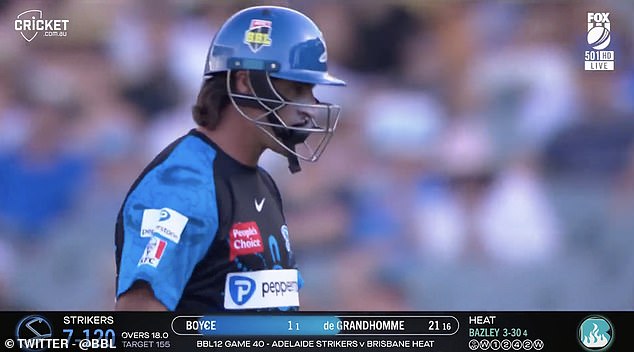 The review determined it was de Grandhomme to have been dismissed by the run-out.

‘Our bowlers did a good job in keeping them under that. Great confidence for our bowlers who have had it pretty tough of late.’

The Strikers never recovered after slumping to 3-42 in the eighth over – their big three of Chris Lynn (22), Alex Carey (two) and Travis Head (one) all back in the sheds.

Head was castled by Kuhnemann in the opening over, an unsettling sign ahead of next month’s Test tour of India, before Carey fell in soft fashion, lofting Swepson to Sam Hain for some catching practice. 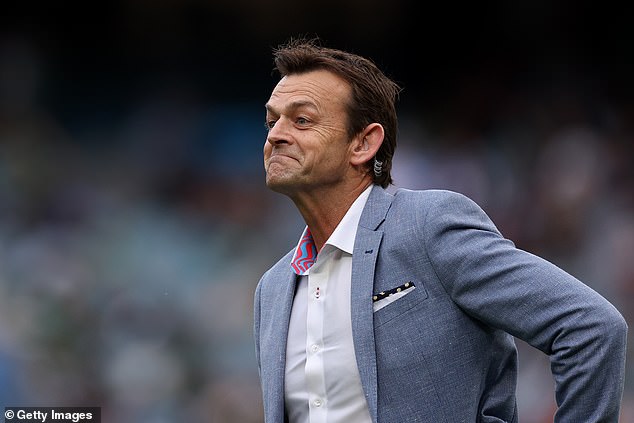 Speaking on Fox Sports, Aussie great Adam Gilchrist described the comical run-out as something out of ‘Wacky Races’ 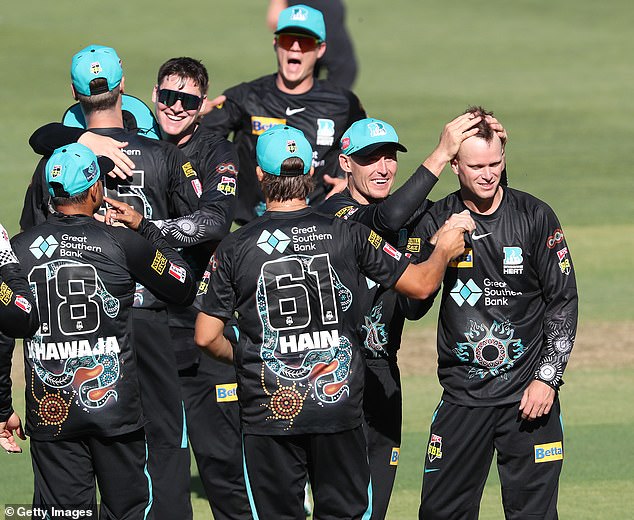 Brisbane’s Adelaide-born firebrand Spencer Johnson packed too much heat for Lynn, hurtling a maiden over past him during which the speed gun exceeded 150km/h.

Lynn, who heads off to the United Arab Emirates to play in the ILT20, finished his debut campaign in Strikers colours with 416 runs at 41.6 but he wasn’t able to capitalise on a promising start in his farewell dig, slicing Kuhnemann to Johnson at point.

‘It was still a nice wicket, we just batted poorly,’ Lynn said. ‘We can’t use the wicket as an excuse. I couldn’t hit the ball to get going.’ 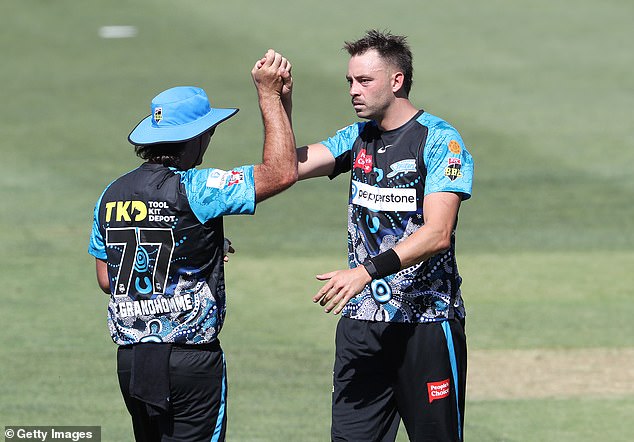 Harry Conway (right) was the pick of the bowlers for the strikers, taking three wickets

Earlier, Harry Conway justified his selection ahead of fellow quick Henry Thornton by taking a career-best 3-36, including the key scalps of Marnus Labuschagne (46) and Usman Khawaja (two).

The Heat were well placed at 2-86 at the 10-over mark before being restricted to 8-68 across the innings’ back half.