Adam Kinzinger: Democrats ‘should be ashamed’ for propping up Trump-backed John Gibbs in Michigan

‘Thankfully some members of Congress, Democrats, have spoken out and said they’re disgusted. I respect that.’

Kinzinger is one of four House Republicans who announced they are retiring this year after voting to impeach Donald Trump over the Capitol riot, out of 10 total.

Meijer accused Democrats of hypocrisy in an essay published by Common Sense where he highlighted the thousands of dollars his House colleagues who lauded his impeachment vote were now funneling in to defeat him.

‘Watching this unraveling inside my party has been utterly bewildering,’ Meijer wrote.

‘The only thing that has been more nauseating has been the capacity of my Democratic colleagues to sell out any pretense of principle for political expediency – at once decrying the downfall of democracy while rationalizing the use of their hard-raised dollars to prop up the supposed object of their fears.’

Rep. Adam Kinzinger on the GOP primary defeat of Rep. Peter Meijer, a Republican who voted to impeach President Trump.

“The DCCC needs to be ashamed of themselves,” he says. pic.twitter.com/7Pul80RvJM

He said the DCCC spent $435,000 on an ad blitz to promote Gibbs in the hopes that the fringe candidate would be easier to beat in the general election in November – which Meijer denounced as a ‘naked political gambit.’

It’s more than Gibbs raised himself during the entire campaign cycle.

Kinzinger told CNN on Wednesday, ‘If Peter’s opponent wins – goes on to November and wins – the Democrats own that. Congratulations.’

‘I mean here’s the thing – don’t keep coming to me asking where all the good Republicans [are] that defend democracy, and then take your donors’ money and spend half a million dollars promoting one of the worst election deniers that’s out there,’ he said.

The moderate Republican conceded that others would write the tactic off as politics as usual.

‘How cynical that is,’ Kinzinger said. ‘And that’s why Americans are just sick of both parties, to be honest with you.’ 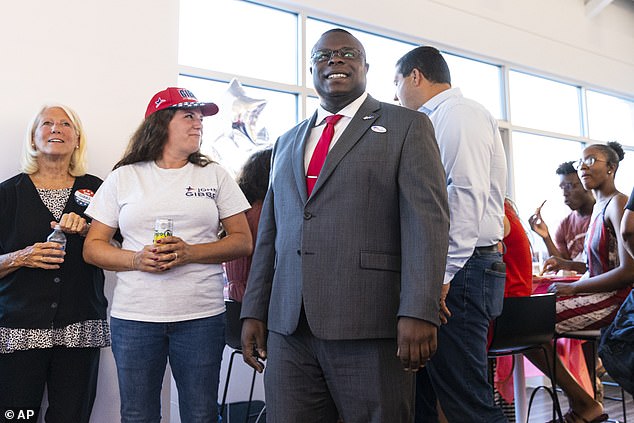 The Democratic Congressional Campaign Committee funneled nearly half a million dollars into ads promoting John Gibbs, a former Trump official who denies the ex-president lost in 2020, ahead of Meijer 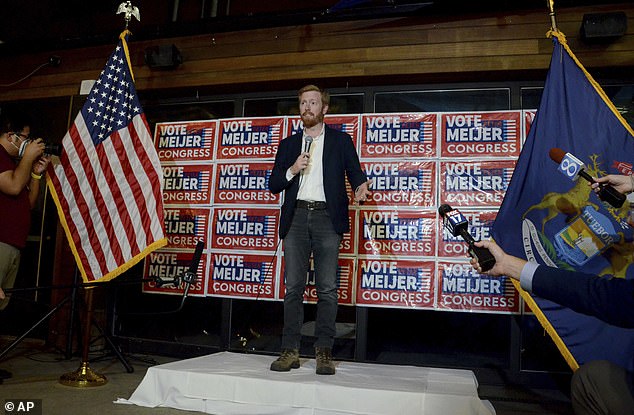 Both moderate and progressive Democrats have come together in recent days to denounce the campaign strategy, particularly amid Republican outrage over Meijer’s loss.

New York Rep. Ritchie Torres ripped the move as ’embarrassingly hypocritical’ on ABC News this past Sunday, as well as a waste of House Democrats’ resources.

Capitol riot committee member Rep. Stephanie Murphy of Florida, who is not seeking re-election, told Politico: ‘Many of us are facing death threats over our efforts to tell the truth about Jan. 6.’

‘To have people boosting candidates telling the very kinds of lies that caused Jan. 6 and continues to put our democracy in danger, is just mind-blowing,’ she said.

The gamble Democrats are taking is on the risk of a far more radical Republican Party coming to power in 2023.

On the state level, the Arizona Democratic Party apparently attempted to tip the scales in favor of another Trump-endorsed candidate – this time for governor. 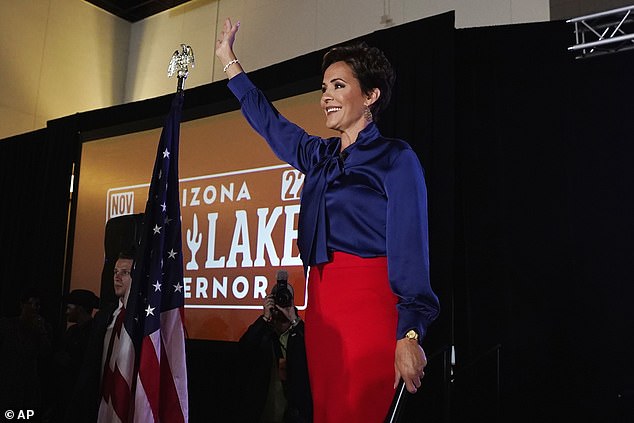 In July, the party sent out a wide-blast email thanking Republican gubernatorial candidate Karrin Taylor Robson for her past left-wing donations.

It’s thought to have been a bid to undermine her race against Trump-backed former local news anchor Kari Lake, according to NBC News.

‘As the Republican primary for governor continues to stir toxic infighting, the Arizona Democratic Party will always be grateful for Robson’s longtime support in helping elect Democrats up and down the ballot, including this November,’ part of Democrats’ message reads.

Lake’s campaign and supporters seized on the email as a cudgel against Robson.

As of Wednesday afternoon on the East Coast, Lake is narrowly leading Robson by just over 10,000 votes with approximately 20 percent more ballots to be counted.

Democrats there hope Mastriano, who won his primary, will be more polarizing to moderate voters in the battleground state.