Sporting super-couple Adam Treloar and Kimberly Ravaillion have announced they are set to marry.

The Collingwood star and his netballer fiancee, who have been together since 2017, looked smitten as the bride to be flashed her ring in a loved up Instagram photo, taken at Phillip Island beach on Saturday night.

The pair revealed last September they were expecting a baby, due to be born in March, making 2020 a year for milestones along with their new engagement.

In a touching tribute to her future husband Ravaillion wrote: ‘I love you Adam Shane Treloar and I will forever’

Ravaillion paired the touching photos from the engagement with a heartfelt message to her new fiance.

‘I always give you slack for your card tricks, but this one was by far my favourite,’ she wrote.

‘My best friend asked me to marry him last night and made me the happiest woman in the world.

‘I love you Adam Shane Treloar and I will forever.’ 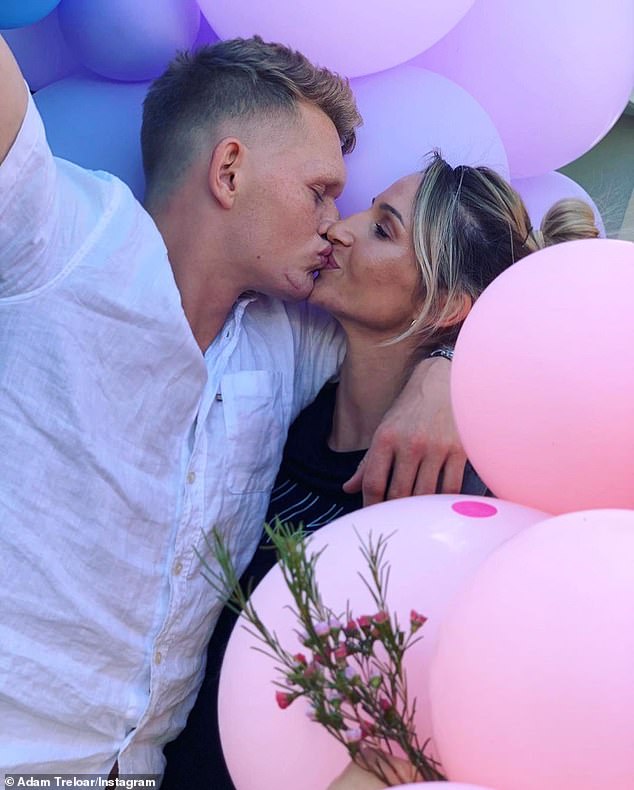 She ended the post with the hashtag ‘#7’ – Treloar’s jersey number.

Supporters flocked to Instagram to congratulate the couple, with the post receiving over 11,000 likes in just five hours.

Treloar also posted the picture he captioned: ‘Can’t wait to spend the rest of my life with you, My best friend!’ 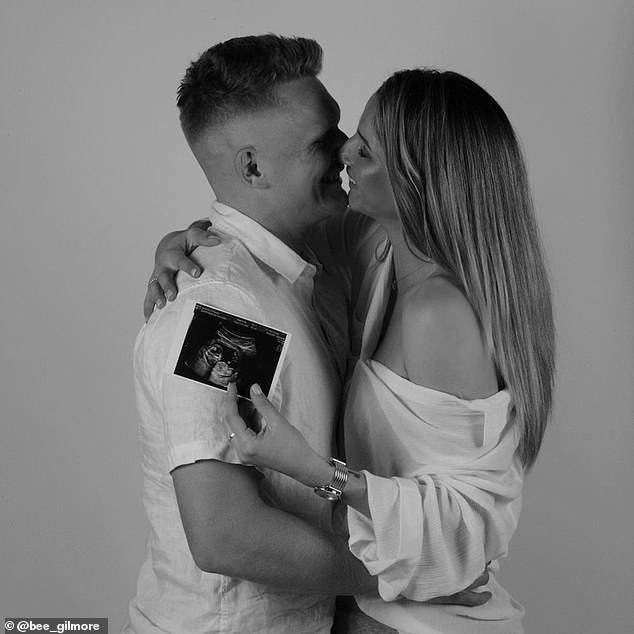 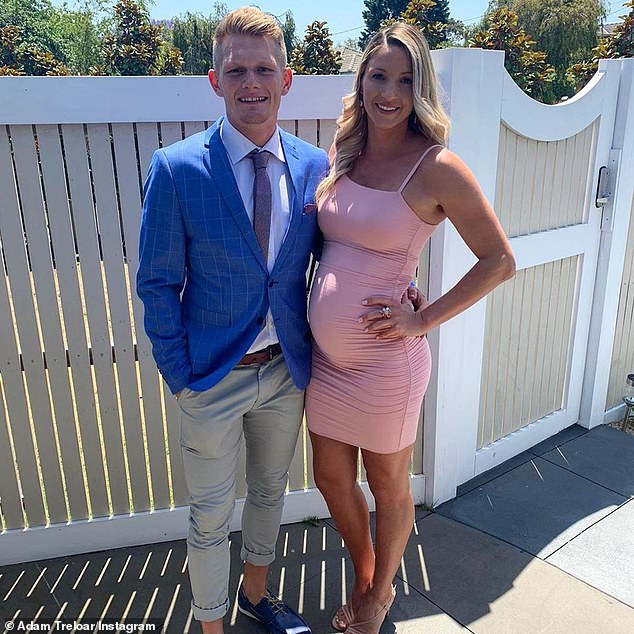 The couple have been dating since 2017