The man who allegedly organised the botched 60 Minutes attempt to recover Sally Faulkner’s children in Beirut has walked free from jail in Lebanon after 104 days in detention.

Adam Whittington, 40, a dual Australian-British national was charged with kidnapping along with Tara Brown and the 60 Minutes crew after the Brisbane mothers two children, Lahela, 5, and Noah, 3, were taken from a Beirut street on April 6.

His release comes almost three months to the day after the Nine Network employees and Ms Faulkner were allowed to walk free.

Adam Whittington, who allegedly organised the botched attempt to recover Sally Faulkner’s children in Beirut in April, has now been released on bail in Lebanon 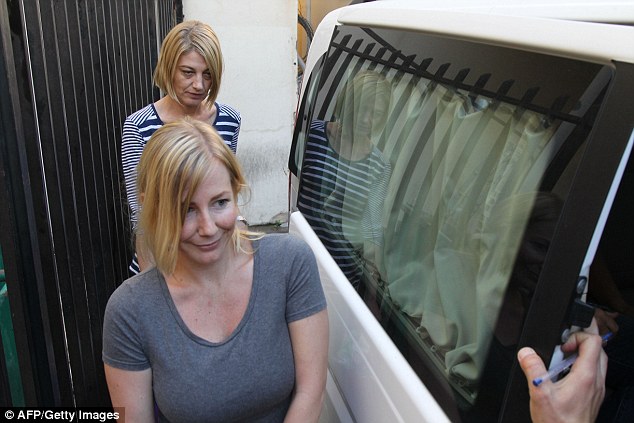 ‘The truth is coming very soon,’ he added.

The former soldier said he expected his jailed colleagues, including fellow British national Craig Michael, to also be freed soon.

Mr Whittington’s lawyer Joe Karam confirmed last week that he had been granted $US20,000 ($A26,290) bail and would be allowed to leave Lebanon.

His legal costs are reportedly more than $150,000 and it’s believed the kidnapping charges against him and Ms Faulkner still stand.

Ms Faulkner and the 60 Minutes crew were also jailed after the botched operation but were able to return to Australia after Nine reached a plea bargain, including payments, to secure the release of its staff. 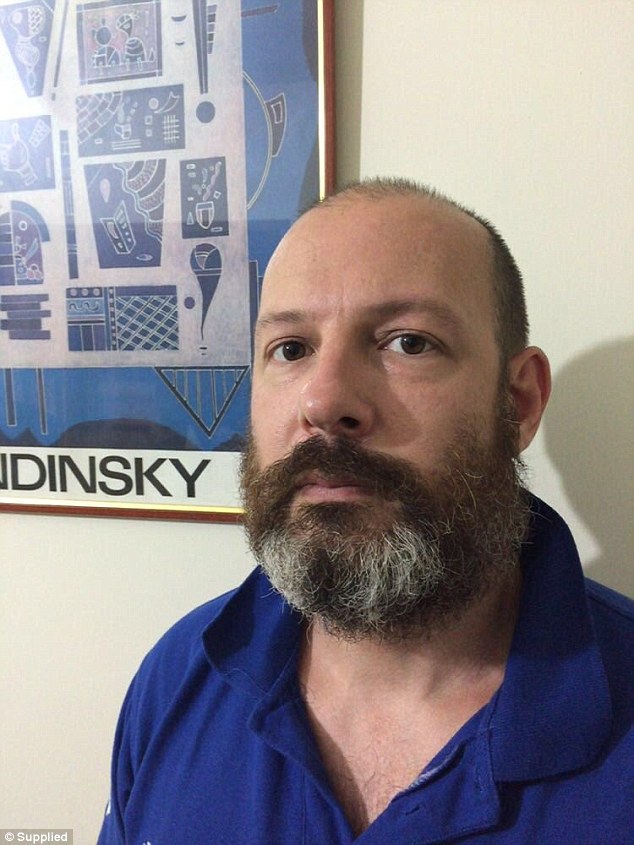 Adam Whittington, 40, has released an audio statement after walking free from a Lebanese prison after his role in the 60 Minutes child recovery story in April 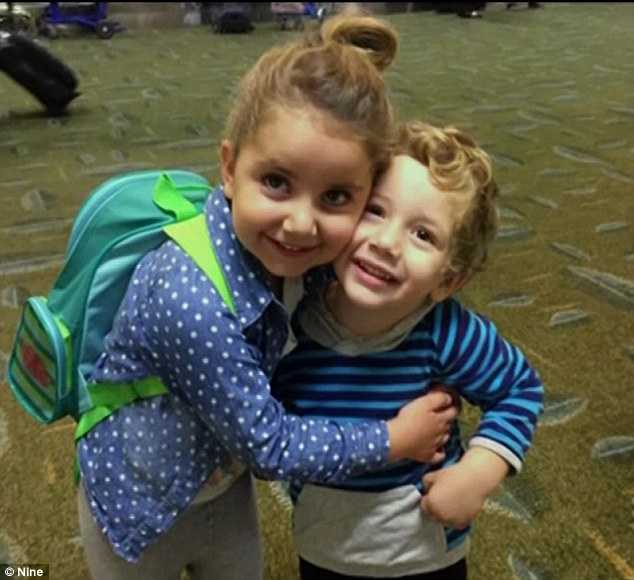 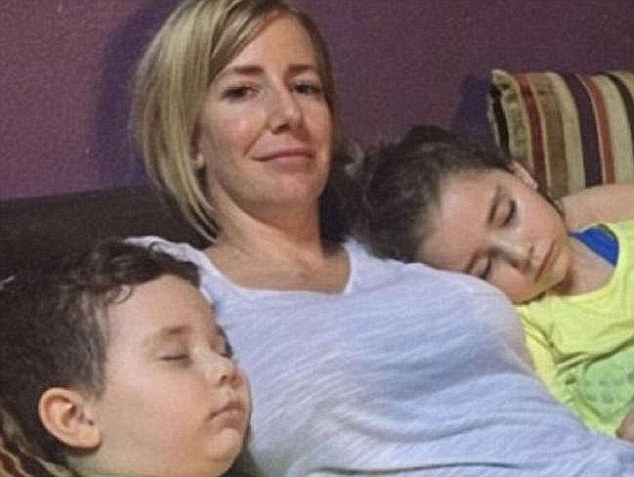 Ms Faulkner pictured with her two children, Lahela and Noah, who were snatched from the street in Beirut 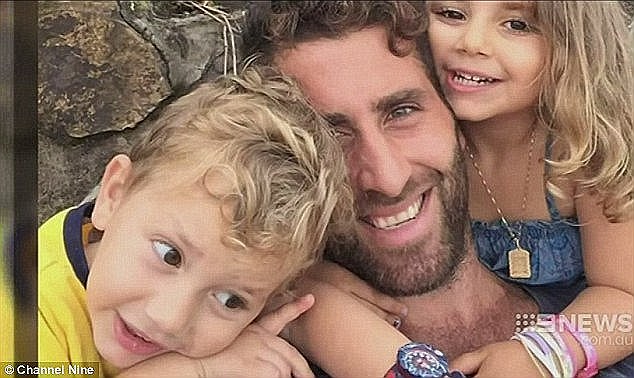 The father of the two children, Ali Elamine (centre), reportedly struck a deal with Channel Nine which enabled the release of the 60 Minutes crew

The 60 Minutes crew, including veteran reporter Tara Brown, involved in the operation are facing a court-imposed fine after a trial, most likely for a misdemeanour.

Ms Faulkner has previously said she took action to get her children back after her estranged husband Ali Elamine took them to Lebanon on a holiday in May 2015 and never came back.

Tara Brown has returned to the screen for 60 Minutes this week for the first time since her release, in a recorded promo for an upcoming story.

Brown, along with then 60 Minutes producer Stephen Rice, cameraman Ben Williamson and sound recordist David Ballment, were on leave until Nine released the findings of their independent review into the case on May 27.

Rice was given his marching orders by the network despite the review calling for no sackings – he is believed to have engaged lawyers to review his dismissal. 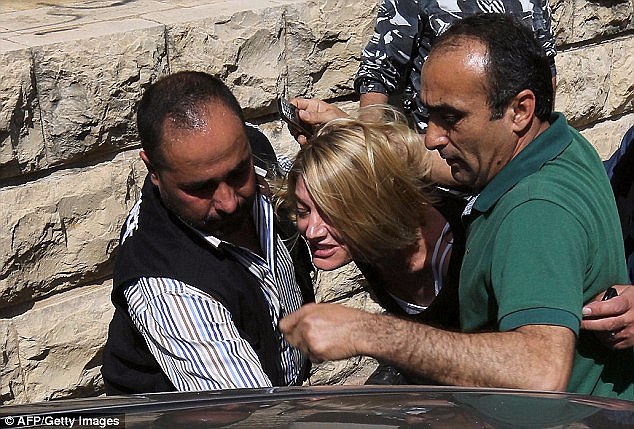 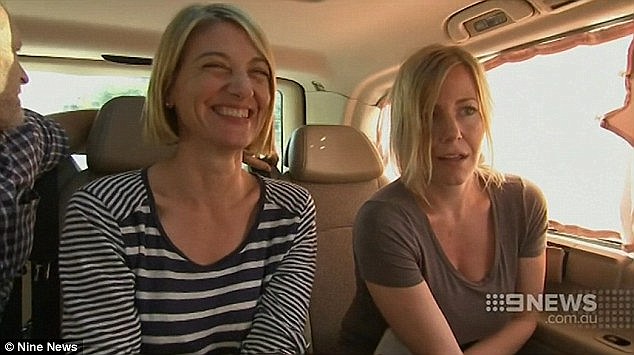 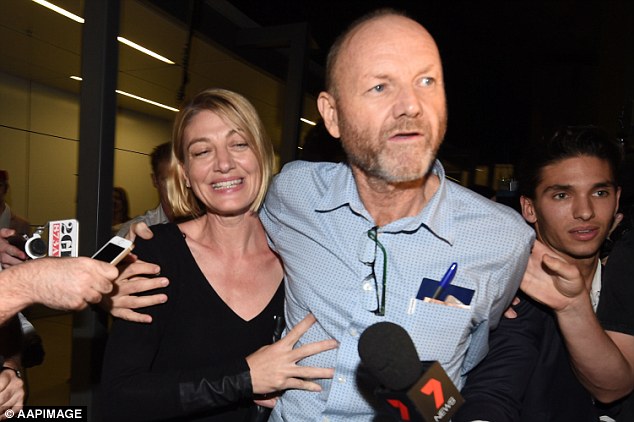 Free: Tara Brown pictured with then 60 Minutes producer Stephen Rice on their return to Sydney on April 21

After handing down his review, Gerald Stone, the veteran journalist and founding producer of 60 Minutes, slammed Tara Brown for her handling of the botched child kidnap story in Lebanon.

During an interview with reporter Michael Usher, Mr Stone said that the crew had ‘let their guard down’ and become ‘too emotionally attached’.

‘I have no doubt that their (Tara Brown and producer Stephen Rice) judgement was blurred, I don’t understand how they would have agreed to take an assignment on that basis.’

Mr Stone, former A Current Affair chief David Hurley and Rachel Launders undertook the internal investigation, and passed their report onto the Nine Entertainment board.

‘Regrettably this has been the gravest misadventure in the program’s history,’ said Mr Stone. 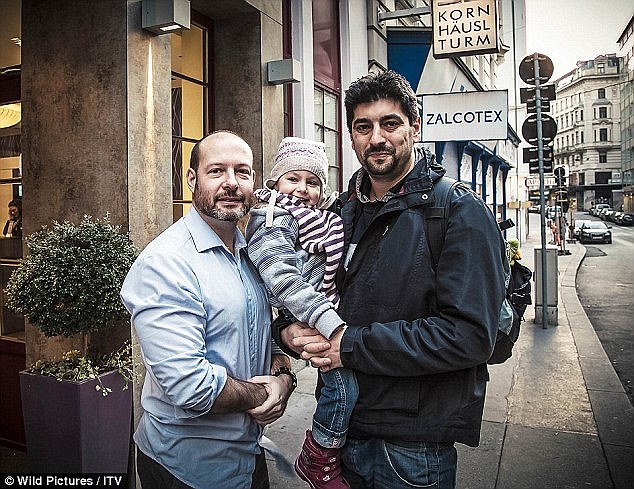 Adam Whittington pictured with his co-accused Craig Michael (right), who remains in a Lebanese prison 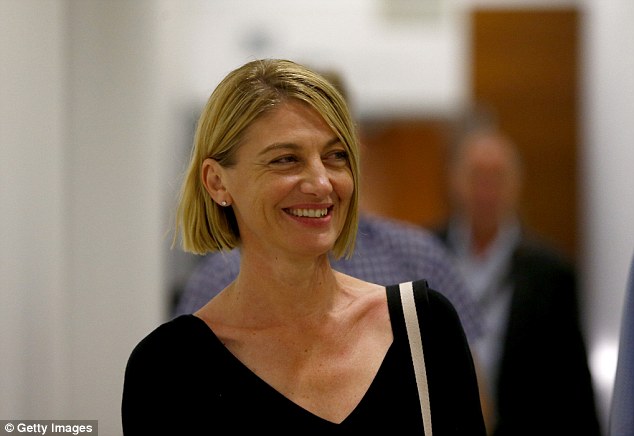 The child abduction fiasco in Lebanon has cost the Nine Network $2 million so far in legal fees and payouts.

Channel Nine is believed to have paid Ms Faulkner’s ex-husband Ali Elamine $US500,000 to settle the civil dispute and a similar figure to its lawyers in Lebanon.

The Brisbane mother at the centre of the 60 Minutes child-snatch drama, meantime, has reportedly been blocked from contacting Lahela, 5, and Noah, 3, by her estranged husband.

‘No Skype, no photos, blocked on WhatsApp and (Mr Elamine) is not answering phone calls from her,’ a family source has claimed.

Ms Faulkner gave up custody of her two children as part of a deal reportedly secured by the Nine Network, which included paying the large sum of money to Mr Elamine.