A mother has offered a warning to other parents after her son was rushed to hospital with meningococcal fears when red fleshy rashes appeared on his legs.

The five-year-old boy had what appeared to be mosquito bites on his legs after playing a football game on Sunday morning.

But when the Adelaide couple noticed the swelling in their son’s feet and the spots getting bigger, they raced him to the hospital fearing the worst. 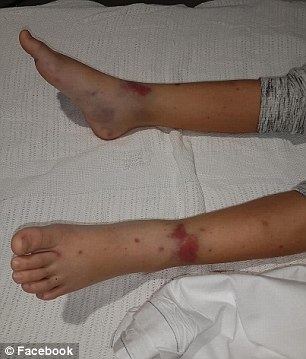 The five-year-old boy had what appeared to be mosquito bites on his legs, which soon turned into rashes and caused swollen feet (pictured)

‘It was a very scary time, it was happening so quick,’ Dale Harper, the boy’s mother, told Yahoo 7 News.

What are the symptoms of Henoch-Schonlein purpura (HSP)?

– Skin rashes in legs and elbows

– Pain in joints such as knees and ankles

– Blood in faeces or urine

However, it was found that the boy did not have meningococcal but instead had Henoch-Schonlein purpura (HSP) or IGA vasculitis.

It is a common illness among children and typically occurs in spring.

HSP is a condition where the blood vessels become irritated or swollen, causing a rash called purpura.

While HSP’s cause remains unknown, it is commonly triggered by a cold.

In extreme but rare cases, HSP could affect the blood vessels in the intestines and kidneys or cause lung or brain complications. 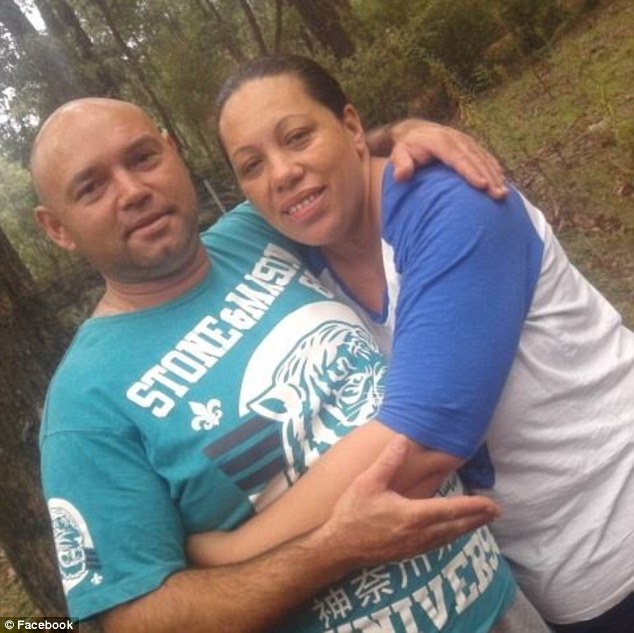