A butcher told to remove a sign that read ‘non halal certified’ because it was deemed offensive has changed their display – by just one letter.

Valley Butchers in Adelaide received complaints claiming the store mocked Islam with the sticker, which included pictures of kangaroos and emus.

‘It pokes fun of a specific group of people based on religious belief. It is very intentional and obvious,’ the complaint read.

The Ad Standards watchdog found that the sign breached their codes, prompting the store to change it.

However, in a split decision, the board upheld the complaint, and noted the sign would have been fine if it was just one letter different.

Muslims complained Valley Butchers was mocking Islam with the prominent sticker, which included pictures of kangaroos and emus, at its Adelaide shopfront

‘Saying that something is non halal certified is making fun of halal certification because there’s no such thing,’ she said.

‘Saying that something is not halal certified is a statement of fact.

‘This is a self-regulation system and it does really rely on the goodwill of advertisers to follow our rulings.’

‘Had the sign stated ‘Not Halal approved’ or ‘Unfortunately, non Halal’ this would be less likely to have been considered discriminatory or vilifying signage,’ the watchdog said. 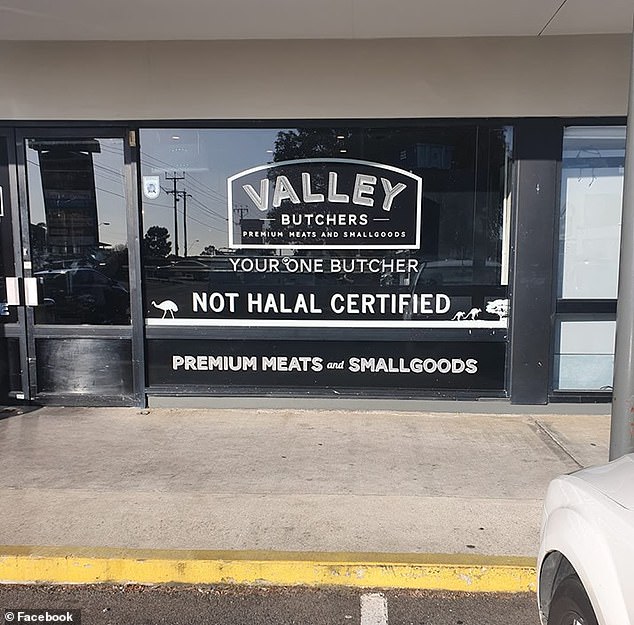 Ad Standards chief executive Fiona Jolly said that changing the wording from ‘non’ to ‘not’ actually makes a big difference.

Instead, it decided the sign was ridiculing of halal certification and that this was offensive and demeaning to ‘people who are of that faith or are of Muslim ethnicity’.

Valley Butchers ran into trouble earlier this week when the Muslim community said their sign ‘poked fun of a specific group of people based on religious belief’.

‘Jokes like this on a public shopfront perpetuate a culture of vilification towards religious minorities, that results in harm towards them,’ the complaint read.

Valley Butchers defended the sign to the Advertising Standards Board as merely an answer to a frequently asked question.

‘The sign is only stating that we are not halal approved. In no way is it meant in a malice way,’ it said.

‘We where getting asked quite frequently whether we are halal approved so I am just stating that we are not and that saves a lot of wasted time.’

In a statement to the ABC, Ad Standards said the case is now closed.

‘It would appear from media reports that the advertiser has modified the advertisement in line with the determination of the community panel,’ a spokesperson said.

‘The case report will be changed to state that the advertisement has been modified.

‘If Ad Standards receive complaints about the modified content of this advertisement we would create a new case to be assessed by the community panel.’ 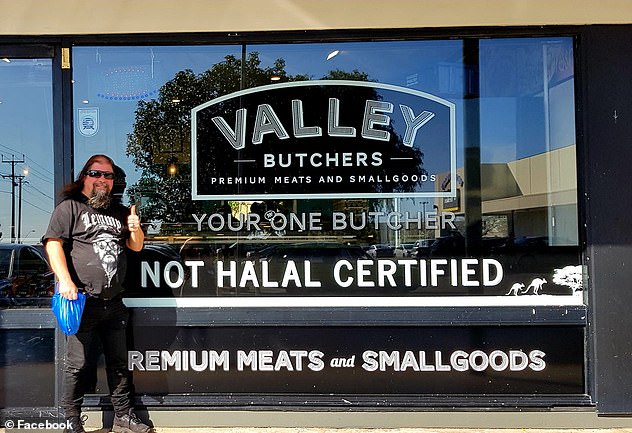