A drug-addled, selfie-obsessed mum who told a court she should be excused for ploughing into a car while high on drugs because she’s a ‘scared young woman’ has been jailed for five years.

Mother-of-one Danielle Lewis, 26, was found hiding in an Adelaide winery in May after she had cut off her home detention ankle bracelet, consumed a cocktail of drugs and injured two people in a hit and run.

Lewis was under the influence of three substances and unlicenced when she got behind the wheel, ran a red light and collided with a car driven by Rena Yaeger and carrying her passenger Jack Pearce in Morphett Vale.

Ms Yeager was left with permanent brain damage after the crash. 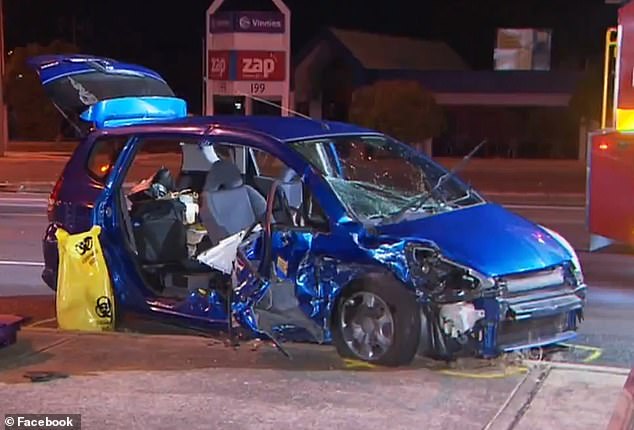 Lewis initially fled from the scene of the crash in another orange car but returned to retrieve personal items.

She then ran away a second time to hide in a winery until she was discovered by police.

She pleaded guilty to driving with a disqualified licence – which was stripped as a result of previous drug-driving charges – and causing aggravated serious harm by driving dangerously while under the influence.

Adelaide District Court heard Lewis had used amphetamine, methylamphetamine and cannabis before the crash and was in violation of a good behaviour bond.

However, Lewis claims her time in prison awaiting sentencing has changed her for the better and earlier issued a public apology on the court dock saying she’s ‘not a heartless criminal, but a ‘scared young woman’.

But the sentiment was quickly shut down by her prison guards who said she is aggressive, verbally abusive, disrespectful and doesn’t follow direction. 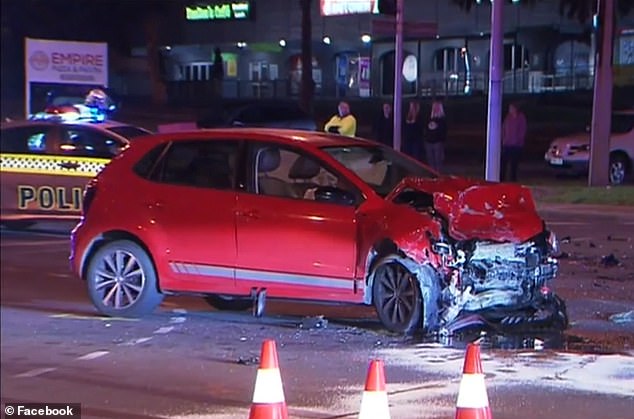 Lewis T-boned into another vehicle while high on a cocktail of amphetamine, methylamphetamine and cannabis in May (pictured, Lewis’s car) 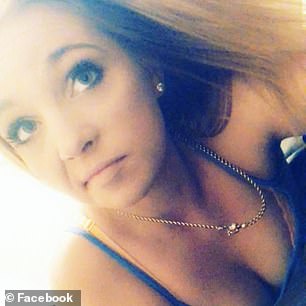 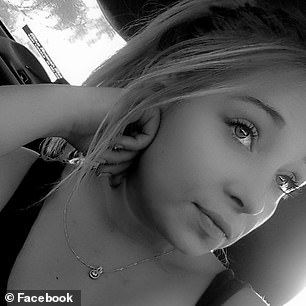 Lewis (above) was banned from driving for 12 years, despite arguing she’s ‘not a heartless criminal, but a scared young woman’

District Court Judge Joanne Tracey brought Lewis to tears on Tuesday when she handed her a five-year sentence without the possibility for parole for 33 months.

Lewis was also banned from driving for 12 years.

‘Your conduct on that night can only be described as reprehensible … you showed complete disregard for your disqualification and chose to drive with drugs in your system,’ Judge Tracey said, the Adelaide Advertiser reports.

‘The impact of your offending can only be described as devastating … (your victims) fail to understand how you could walk away from the mess you had caused.

‘Your indifference to their wellbeing boggles their minds … you ran away in a haze of selfishness.’

‘You say that you accept you ruined the victims’ lives and the lives of those around them, as well as bringing shame and disappointment to your family and your child,’ she said.

‘You say this has been a turning point in your life and you are strongly motivated to change … it’s difficult to have faith in your prospects for successful rehabilitation.’