Book Week is a taxing time for most parents – even more so when there are six children in the house.

This is the case for South Australian mum Krechelle Carter who has six children under the age of seven.

In a recent post, the 27-year-old blogger said on top of the demands of running a hectic household, creating costumes for her kids almost sent her over the edge.

‘On top of being a poor man’s version of Betty Crocker for class parties and organising day-to-day reading and homework and lunches that are semi-nutritious and clean uniforms, I just can’t do Book Week,’ she said.

The annual event held across schools in Australia runs until August 24. Each year there is a theme and this year it’s ‘Find Your Treasure’.

It sounds simple enough, however, Krechelle revealed in her household, nothing is ever straightforward:

‘Opens dress up box… grabs pirate and skeleton costumes for the third time,’ she wrote. 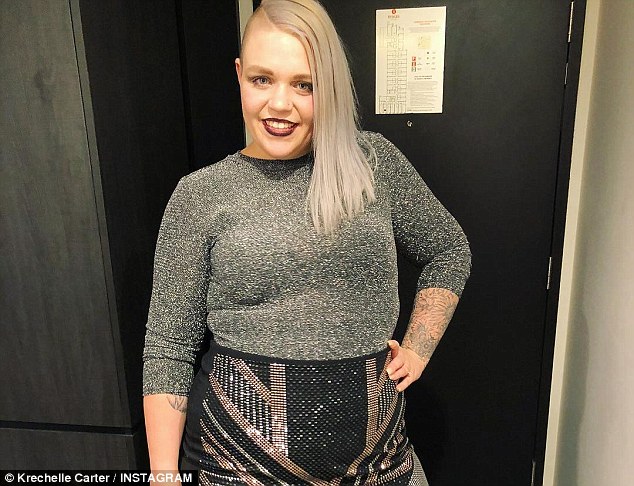 Once costumes have been sorted courtesy of the family dress up box, Krechelle suggests her kids find a book ‘with said costume in it’.

‘Don’t get me wrong we’re passionate about reading. Our house is filled with bookcases and books and we read on a regular basis,’ she wrote.

‘But if I ask my child one more time what he wants to be and he says ‘a mine craft’ which isn’t even a thing by the way; it’s a game, I’m going to scream.’

Recalling her own experiences of Book Week, the young mum said despite the fact her literary heroes were Jane Eyre and Sherlock Holmes she still wanted to show up to school dressed as the pop princess, Brittney Spears. 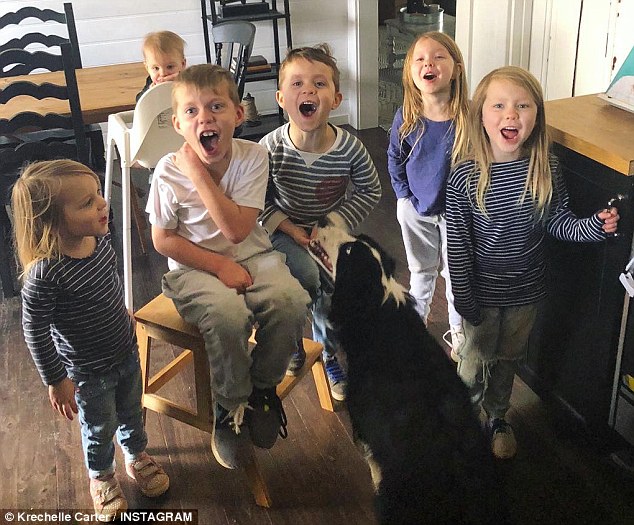 Six children under the age of seven is a handful as the busy mother revealed; Book Week is a bridge too far

‘Who wants to be the poor girl left all alone and dressed in rags? No! I wanted glitter pants and blue lipstick! She said.

Krechelle said she thought the problem was parents were out to show other parents how smart their kids were with their choice of costumes.

‘Now it’s all ‘My child chose to be Pippi Longstockings because she’s read the book 14 times and she’s three’,’ she said.

‘Ummm no; no she’s hasn’t Susan. You love pipping long stockings and your living vicariously through your child [sic].

‘And that’s fine but at least just be honest about it and stop making us feel bad that our three year olds can’t read; anything.’ 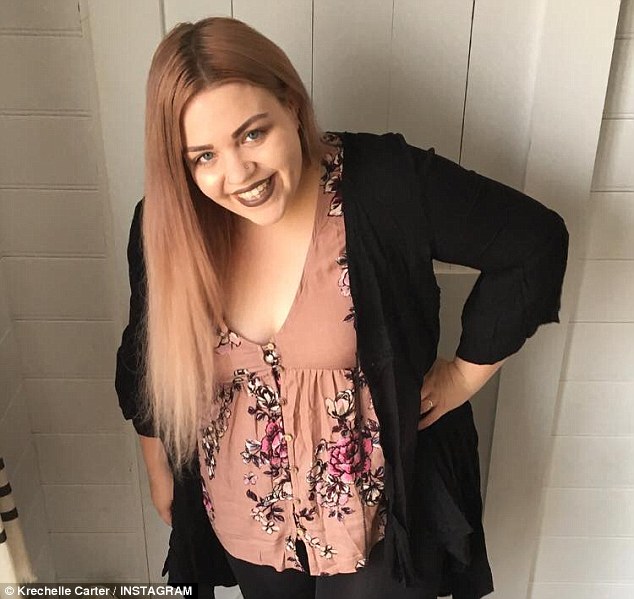 Krechelle said the literary heroes of her youth were Sherlock Holmes and Jane Eyre, however, she would turn up to Book Week dress as Brittney Spears

Sewing the costumes was also something Krechelle said posed a significant problem as she ‘literally can’t sew to save her life’.

‘I swear there must have been a sewing class in school but I was too busy listening to Justin Timberlake’s I’m bringing sexy back while drinking passion pop,’ she said.

‘I’m just so happy that so many books wrote about pirates because that’s all they’re going to be for the next six years of their tiny little lives [sic].’ 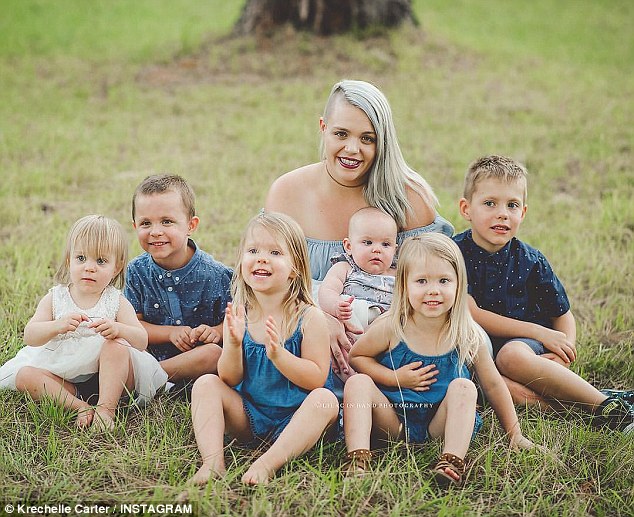 I’m just so happy that so many books wrote about pirates because that’s all they’re going to be for the next six years of their tiny little lives,’ Krechelle said

Krechelle also admitted the event is one she dreads on an annual basis.

Last year she said she kept checking her children’s foreheads in the hopes they would get a ‘mysterious illness’.

This year, the blogger has a business trip planned, and ‘all four kids have Book Week on the same day,’ she said, before wishing her husband Dave ‘Good Luck’.

‘It’s harder than it looks,’ she concluded.