Furious neighbourhood row erupts after family turned their modest suburban home into a massive PUB with live music, a kids’ play area and a SPA

A suburban Indian restaurant that turned a kids play area into a swanky live music venue complete with a spa and outdoor shower has hit a sour note with neighbours and the local council.

Ranandeep Khangura had planning approval to create an outdoor creche when he opened the doors of eatery Rasooi in the Adelaide suburb of Prospect in June 2020.

The restaurant owner told Daily Mail Australia the backyard wasn’t getting much use for its initial purpose so he transformed the area into a garden bar oasis for live acts.

Luxury additions of a spa bath and fancy backyard shower complemented the Garden by the Alley experience for guests.

Garden by the Alley, a backyard bar at an Indian restaurant has been shut down by the council

‘Last summer, we literally had to close up our house and live in the front of our home due to the vibrating, pumping noise they create.’ Toni Mallett-Outtrim told the Adelaide Advertiser.

Another was forced to install new doors to block the ‘extremely intrusive’ racket.

‘Fairy lights, a spa bath and shower is highly detrimental to the former peace and quiet enjoyed by residents,’ a third wrote. 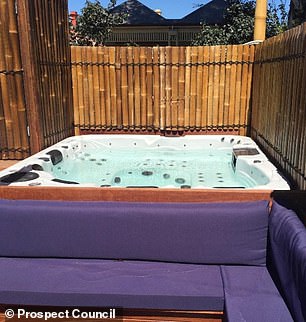 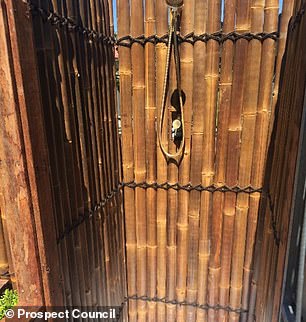 Following community outage, Mr Khangura recently applied for retrospective planning approval for $100,000 worth of additions and alterations at his restaurant.

Live music in the backyard and use of the outdoor facilities are now banned after Prospect Council’s development panel pulled the plug on Mr Khangura’s plans.

Meeting minutes from the panel planning state the proposal failed enough off-street parking  and ‘would not adequately address the interface issues with the adjoining residential zone, including noise overspill arising from areas to the rear of the building.

Garden By the Alley is still described on its social media pages as ‘an experience second to none.’

‘Step in, sip a nip & soak in the surroundings at this outdoor haven right in the heart of Prospect,’ the Garden By the Alley Facebook page states. 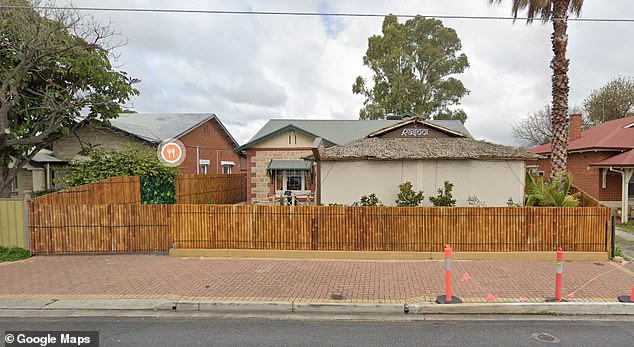 Indian restaurant  Rasooi (pictured)  is surrounded by residents, who became fed up with live music music in the backyard after 10pm on weeknights 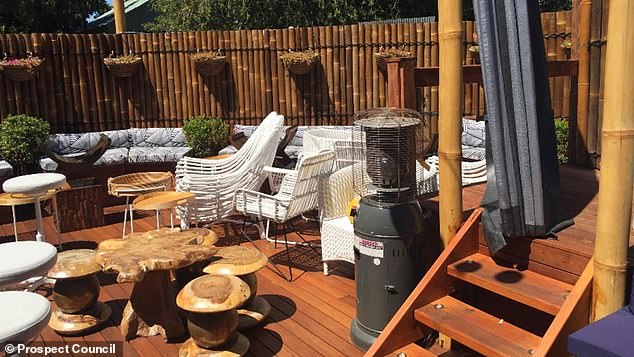 The Rasooi restaurant remains in operation six nights a week until 11pm each night, which can continue to host live music acts.

Mr Khangura claimed it was just one neighbour who objected to his plans.

‘The area was initially approved as a creche but no one was using it so we tried something different,’ he told Daily Mail Australia.

‘It was only in operation for a few months before we had to shut it down.’

‘I have a letter signed by ten other neighbours stating it wasn’t a disturbance.’

He hopes to use the facilities again in the future once he addresses noise concerns with the council.

‘The acoustics engineers are coming out to look next week,’ Mr Khangura said.

‘We’re working on the issue so hopefully it can be resolved.’ 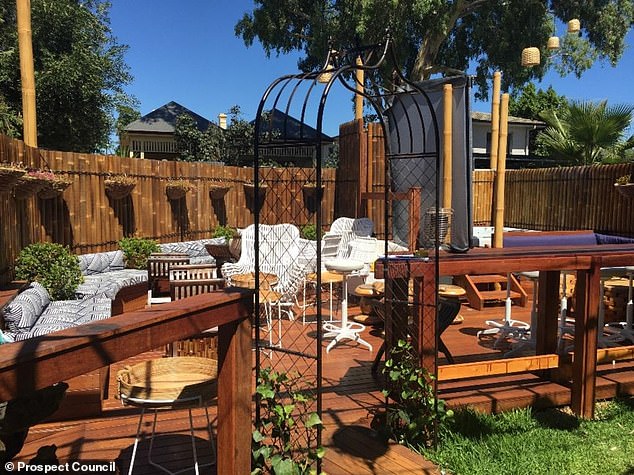