A fuming Adelaide Strikers star Adam Hose has lashed officials for not timing out Stars matchwinner Marcus Stoinis after his epic knock ensured the Melbourne side snuck home for an eight-run win on New Year’s Eve.

English batter Hose, who has had a strong start to his first BBL tournament, said Stoinis failed to face up to his first delivery within the 75-second time limit, and as such should have been punished.

Stoinis crunched 74 off 35 deliveries at the Adelaide Oval in the wake of criticism across the game for missing the Stars crucial match against the Sixers on Boxing Day despite both he, and his side’s, poor form.

But according to Hose, Stoinis could have been sent packing first ball had the umpires upheld the Strikers’ appeal.

The BBL’s rule states that at the fall of a wicket, the incoming batter must be ready to face within 75 seconds.

If the batter fails to arrive in time, they must stand to the side of the pitch for the first delivery of their innings and allow the bowler – in this case Wes Agar – a free ball at the stumps.

If the ball strikes the wicket, the batter is out bowled.

Hose said after the match he was in no doubt that fate should have applied to Stoinis.

‘To be honest, I was at cover for his first ball and I’m pretty certain he timed out – 75 seconds, he wasn’t ready,’ he said.

‘I just hope that if it is the rule then we can play by it. That’s my only experience of the clock being run out.

‘We asked the question, we appealed, but nothing happened. I’m pretty certain his time was up,’ said Hose. 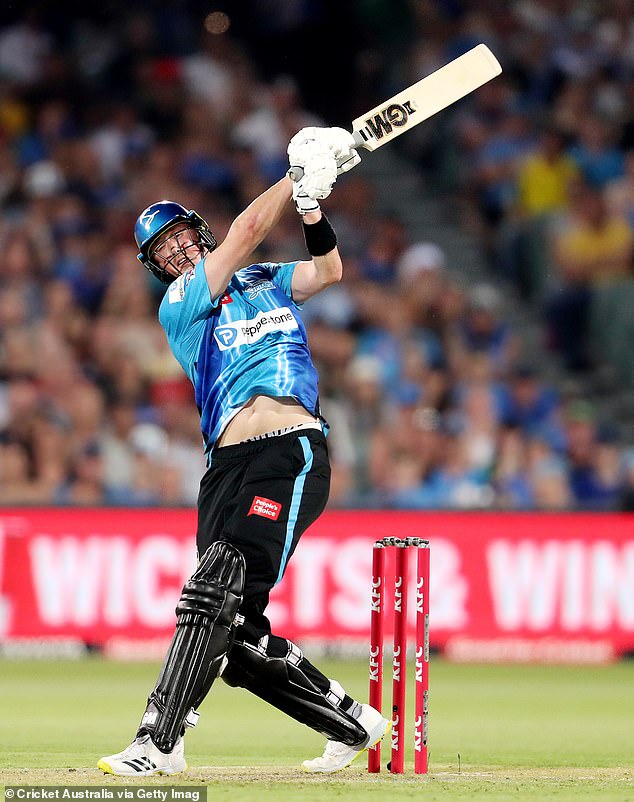 It’s an obscure rule that is rarely enforced, but one the 30-year-old Englishman is well aware of.

Hose admitted he was frustrated it felt like there were double standards at play.

‘Umpires have been very hot on me the last couple of games getting to the crease,’ he said.

‘I’ve been warned about it a few times and had to change my first-ball routine. I guess that’s why my frustration came in, because they’ve been very hot on me.

‘I just hope, moving forward into the rest of the tournament, if it’s going to be a rule then it has to be enforced,’ said Hose. 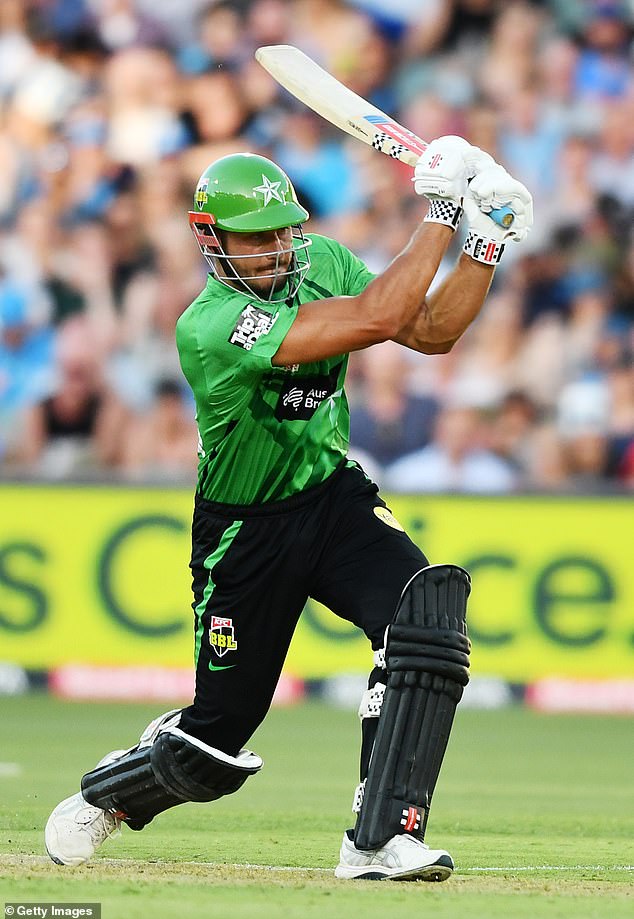 Stoinis was aware of the ticking clock but rejected Hose’s claim, insisting Adelaide’s field was not set in time and thus he shouldn’t have been timed out.

‘I checked centre, then I was standing off because I could see the field moving,’ he said.

‘I actually didn’t know that I had to stand there regardless,’ he said of the rule.

Stoinis critical of the Strikers’ for trying the same thing with teammate Hilton Cartwright in the 14th over, and suggested it wasn’t something they should try again.

‘The same thing happened with Hilts,’ her said. 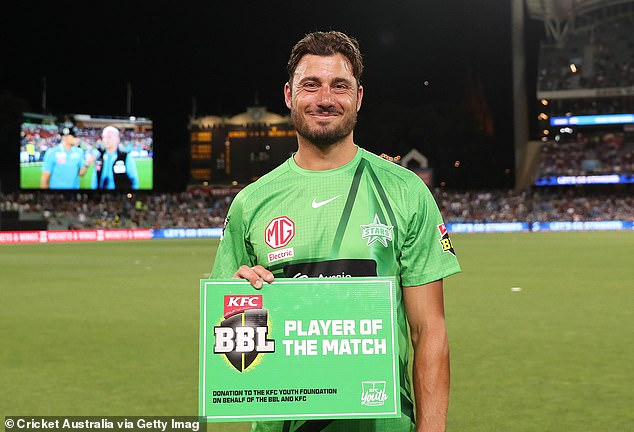 ‘They (Strikers) appealed for that but the field was moving so it ended up being a dead ball.

‘I wouldn’t appeal (for that). The rule is in place if someone is trying to take advantage and slow the game down,’ a disappointed Stoinis said of the Strikers.

The Stars will look to continue their return to form and climb off the bottom-end of the ladder when they take on arch-rivals the Renegades in a Melbourne derby at the MCG on January 3.

Adelaide go straight back into action tomorrow when they take on the Hurricanes in Hobart.