You think you’ve seen it all in cricket, but the Big Bash has thrown up yet another spectacular moment you will have to see to believe.

Ben Laughlin and Jake Weatherald of the Adelaide Strikers combined for a jaw-dropping catch on the boundary rope in their win over the Melbourne Renegades on Monday.

As Dwayne Bravo sliced a big drive towards deep extra cover, the ball looked to be falling just short of the rope. 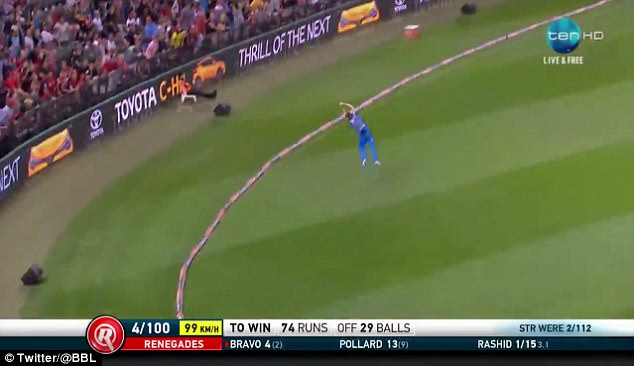 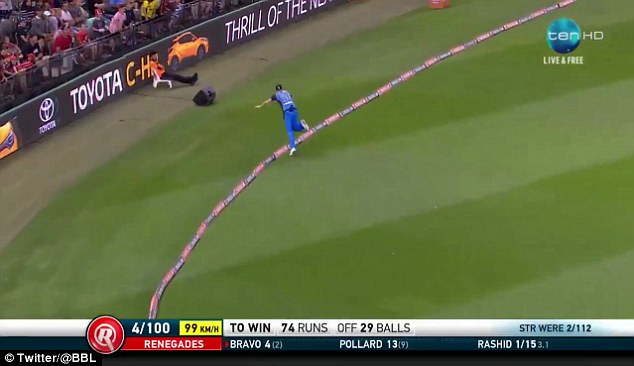 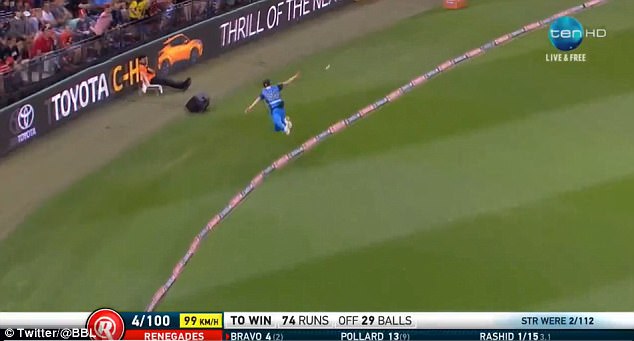 Laughlin composed himself and leapt high to take the catch, but his momentum took him off balance and tumbling towards the rope.

He staggered a couple of steps toward the fence, and as he leapt over the rope himself he flung the ball 30 metres into the infield.

At this point he probably only had it in his mind to prevent conceding the boundary, rather than picking out a team-mate. 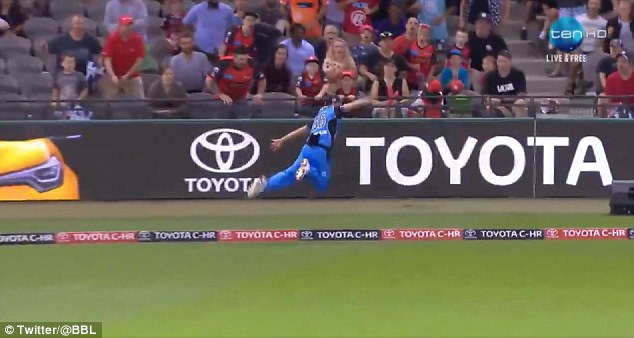 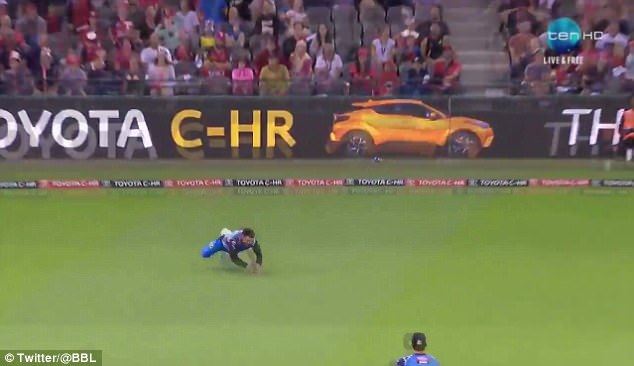 After sending the ball back into play, Jake Weatherald is on hand to complete the catch

But somehow his throw found its mark.

Weatherald was nearest and flung himself towards the ball to take a full-stretch diving catch and complete a spectacular passage of play.

Almost in disbelief the Strikers players rushed to congratulate their team-mates in the standout moment of their 26-run win at the Etihad Stadium. 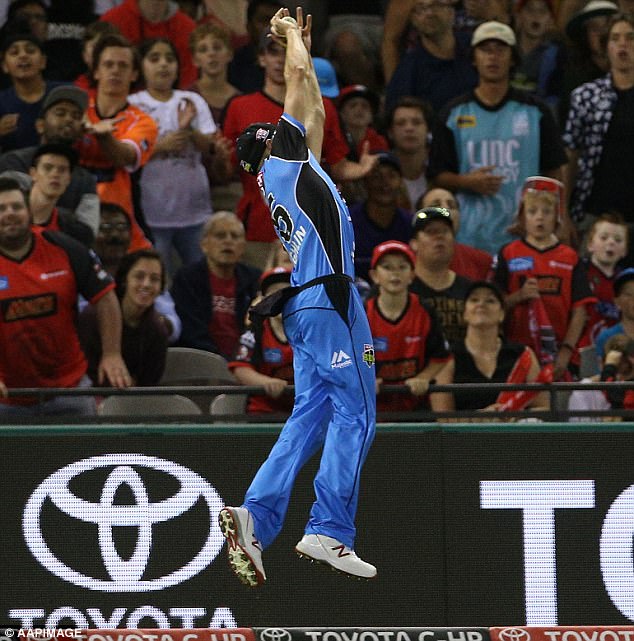 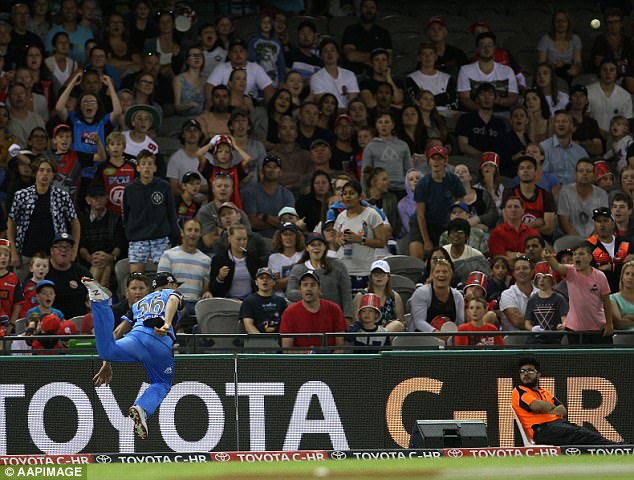 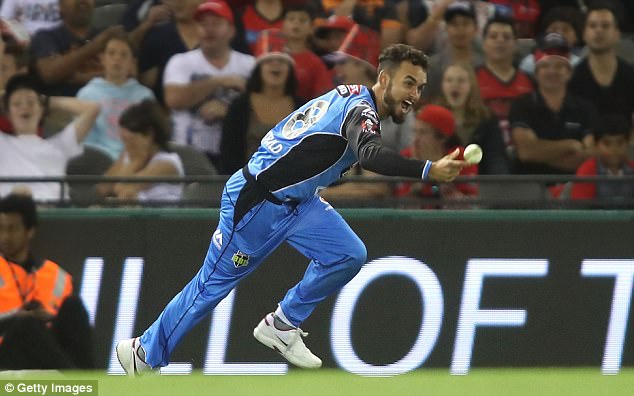