A teacher who admitted having a sexual relationship with a student branded the boy with a cigarette and threatened self harm when he went home, a court has heard.

Sonia Mackay, 43, faced the Adelaide District Court on Wednesday after pleading guilty to the persistent sexual exploitation of a 17-year-old boy.

In a victim impact statement read to the court, the boy said he was an ‘above-average student’ who dreamed of becoming a dentist before he began receiving personal attention from Mackay.

Sonia Mackay, 43,  has admitted to having sex with a 17-year-old student. The court heard she would brand his skin with cigarettes and threaten self-harm when he left her home

‘Over the following months, we spent more and more time talking and texting and I lost all focus on my studies,’ he said.

‘A life of sex and alcohol with Sonia Mackay was more appealing than reading a book and writing assignments.’

He said he withdrew from friends and family in fear of being caught and, when the relationship was discovered, he felt ashamed and embarrassed.

The boy said he had been left with emotional, financial and physical impacts of Mackay’s crime, including painful scars where she burnt his flesh with a cigarette.

‘These scars were inflicted as a way of marking me and showing that I belong to her,’ he said.

The boy’s mother told the court Mackay had called her and asked for his phone number under the guise of helping him with his school work.

She said she became worried when her son stopped coming home for days at a time.

‘I had no idea where he was sleeping, who he was with, was he safe or worse,’ she said.

‘When he attempted to come home she bought him expensive underwear and gifts so he had no excuse but to stay with her.’ 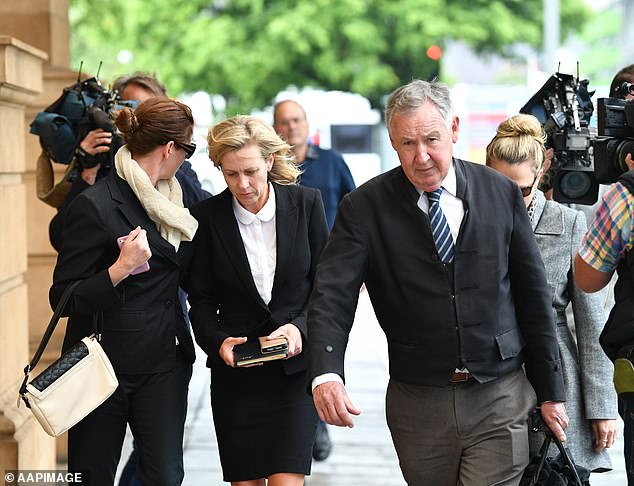 In a victim impact statement read to the court, the boy said the scars from the cigarette marks were a way of Mackay (centre) ‘marking’  him

The boy’s mother recounted one incident when he did come home and Mackay called him and threatened self harm.

‘I saw my son terrified… he believed it was his fault for leaving her alone.’

Reading a letter of apology, Mackay sobbed and said she was ‘deeply sorry’ for her actions.

‘Through my indecent actions I have brought great distress to (the victim) and his family,’ she said.

‘I know I abused (the victim)’s caring nature at a time he needed support.

‘I am deeply regretful of my actions.’

Judge Liesl Chapman continued Mackay’s bail to reappear before the court in December. 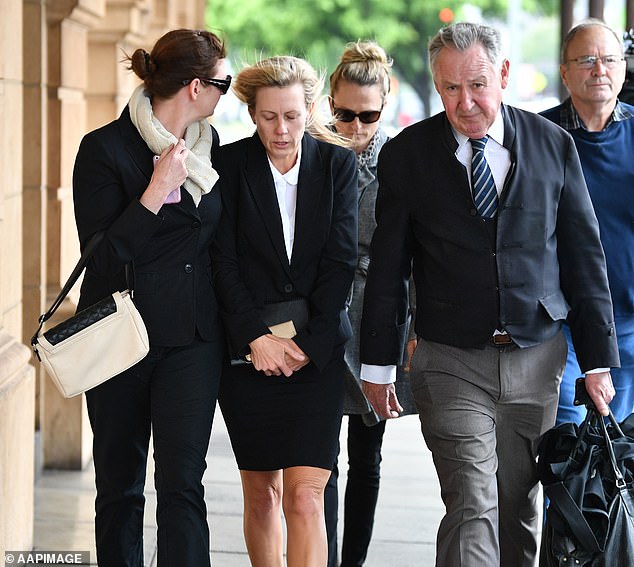 Reading a letter of apology, Mackay (centre) sobbed and said she was ‘deeply sorry’ for her actions