A local cricket game has descended into chaos after a stolen car drove through the middle of the match, narrowly mising players.

The Holden Commodore was filmed speeding through a game in Adelaide on Sunday afternoon, with cricketers scrambling to get out of the way of the vehicle.

Footage from the match shows the wicketkeeper and batsman suddenly sprinting off the pitch as the Commodore roars onto the oval.

The car veers away from the pitch, flying past the shocked umpire before flooring it.  A police car can then be seen in pursuit – driving much slower.

The Holden Commodore was filmed speeding through a game in Adelaide on Sunday afternoon, with cricketers scrambling to get out of the way of the vehicle

In a statement, South Australian Police confirmed they had arrested two men, with one charged with stealing it and threatening its owner with an axe.

The Commodore was reported stolen to police at about 3:20pm on Sunday afternoon after the owner saw it being driven in Largs Bay in Adelaide’s north-west.

The owner stopped the stolen car and were then allegedly threatened by a man holding an axe.

The alleged axe-wielding man was then joined by another man and woman and the trio drove off. 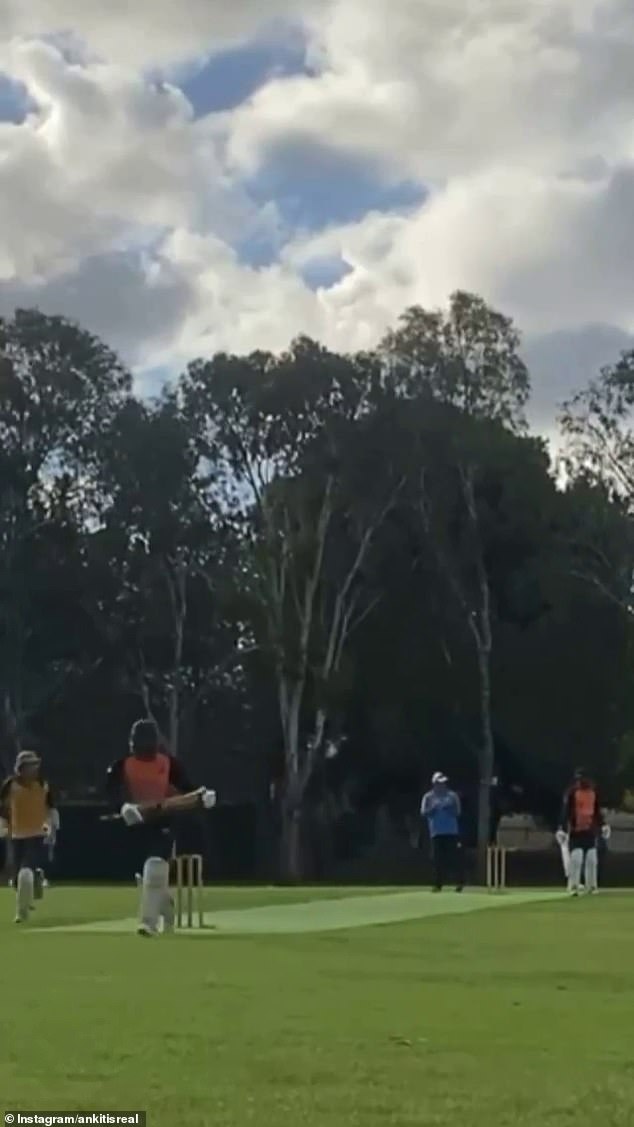 Police spotted the vehicle in several locations around Adelaide, before commencing a pursuit through several back streets in North Adelaide.

Police said the car crashed into two civilians on the corner of O’Connell St, then rammed a police car on Barton Terrace West.

Officers said they stopped the pursuit after the stolen car allegedly tore through the park.

Police said the stolen car then forced its way past several cars stopped at a traffic lights, smashing into two other vehicles. The occupants then left it abandonded.

No one was injured in the crashes. 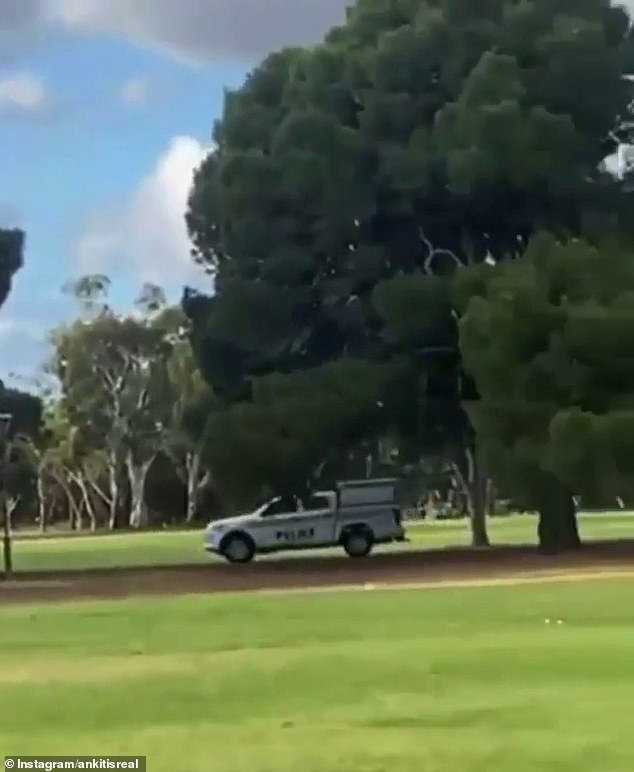 A police car can then be seen following behind at a much slower speed, carefully driving past people standing in the park

Police allege the vehicle was also used in two petrol thefts in Largs Bay and Winfield.

The 29-year-old, who police believe was the driver, was charged with theft of a motor vehicle, aggravated drive dangerously to escape police pursuit, drive disqualified, drive under the influence, aggravated assault and acts likely to cause harm.

The 26-year-old was charged with illegal use of a motor vehicle and carry offensive weapon.

Both men will appear in Adelaide Magistrates Court on Monday.