Adelaide toddler in hospital after attacked by family’s staffy cross

A toddler has been taken to hospital with facial injuries after she was attacked by the family’s staffy cross.

Paramedics were called to a home in Elizabeth East in Adelaide’s north about 11.15am on Thursday.

The 20-month-old toddler was reportedly playing with her older brother at the time when he let their pet dog indoors, which latched onto the little girl’s face. 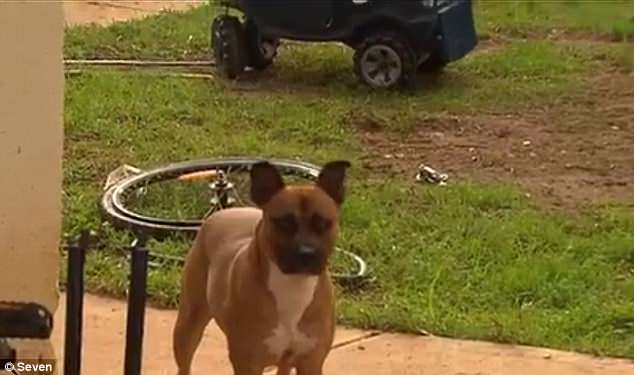 ‘My partner has just come over to me and said the poor little girl next door has been bitten by the family dog, which was really horrific,’ neighbour Emma Burton told reporters.

‘Dogs are very unpredictable and you just don’t know what’s going to happen.’

Family members told 7 News it was the first time the pet had shown any signs of aggression and that the children’s distraught father had looked away from his children for just seconds. 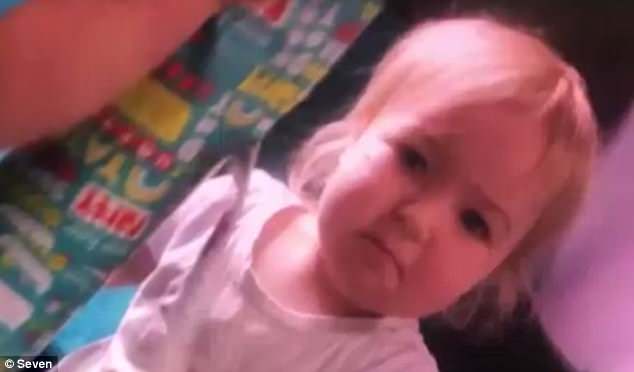 The toddler (pictured) suffered facial injuries in the attack

The family bought the dog through Facebook six months ago, 10 News reported.

The staffy cross was seized by council officers and was put down on Thursday afternoon.

‘If a pet attacks a child, it has to be destroyed because it’s just not on,’ shocked neighbour Gavan Van Dyke told 7 News.

The little girl was taken to the Women’s and Children’s Hospital, where she received stitches for the bite wounds and is in a stable condition. 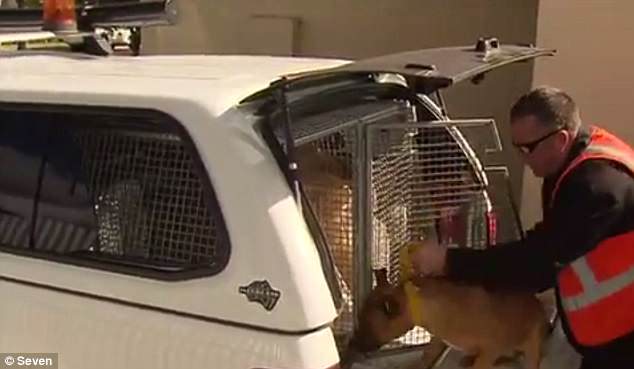