A newly appointed mayor has been taken to hospital after collapsing at a major business event.

New Adelaide Lord Mayor Jane Lomax-Smith was taken away in an ambulance from the Property Council of Australia event on Thursday, just weeks into her new role.

Dr Lomax-Smith wasn’t able to walk and was being held by other people before falling to the ground at the Adelaide Convention Centre, The Advertiser understands.

A guest at the lunch said they saw Dr Lomax-Smith walking erratically out of the Christmas function with three other people while comedian Merrick Watts was performing.

Lord Mayor Jane Lomax-Smith (pictured) took over the reins at the Adelaide City Council last month, vowing to restore trust in the council after years of turmoil

‘She got to about the second to last row near the doors and just fell down,’ he told the Advertiser on Thursday.

‘I thought she was having a stroke or a seizure but it turned out she fainted. People went over to check on her and someone called an ambulance.’

There is no other detail as yet on what caused the incident or on Dr Lomax-Smith’s current condition.

Dr Lomax-Smith took over the reins at the Adelaide City Council last month, vowing to restore trust in the council after years of turmoil.

She said she wanted to ramp up the city’s economy, fill up office space and protect parklands in the face of a ‘major challenge’ facing the organisation.

‘I think the next council’s major challenge will be reasserting its credibility in the reputation of the council,’ she told the Advertiser last month.

It’s not the first time the former state minister for education had the top job, as she has headed the council between 1997 and 2000.

The Adelaide City Council has been contacted by Daily Mail Australia. 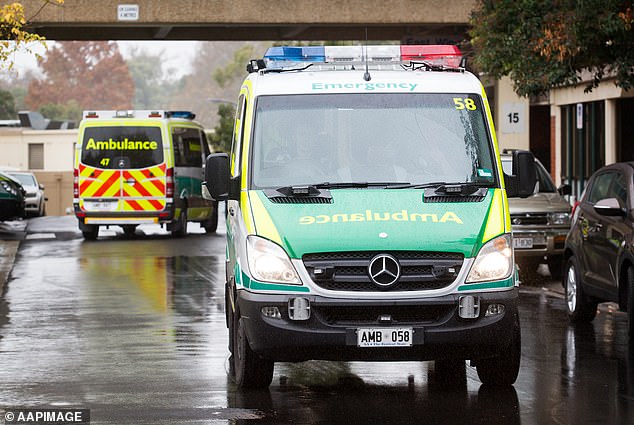 Dr Lomax-Smith was whisked away in Adelaide on Thursday after the alarming incident, just weeks into her new role