A Berlin zoo has released adorable photographs of an 11-week old polar bear, receiving her first ever medical exam at which she was confirmed female.

The youngster was vaccinated, wormed, weighed measured during yesterday’s check-up, for which her mother Tonja had to be lured away from her cub for the first time with food.

The as yet unnamed cub was born in Tierpark Berlin on December 1 to the delight of zookeepers and visitors to the German capital.

A little polar bear was confirmed to be female after her first examination by the animal doctors at the zoo in Berlin, Germany on February 14 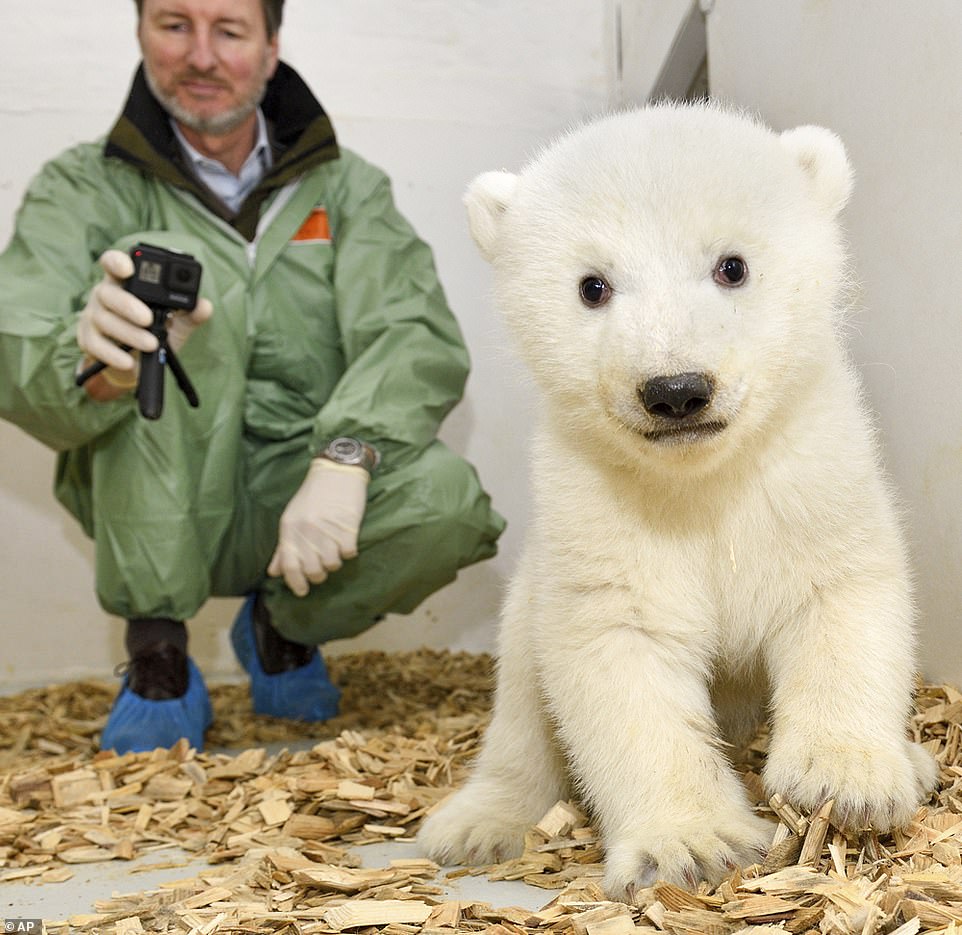 Zoo director and vet Dr Andreas Knieriem said: ‘The little polar bear is a cheery, strong girl. We were also able to convince ourselves personally of the development of the baby and are extremely satisfied.’

Staff also remarked that the baby bear had ‘a loud voice and a few pretty sharp claws’.

But she still needs rest and zero stress in order for Tonja to nurse her to full strength as the infant mortality rate among polar bears is high; Tonja’s last two cubs died within months of birth. 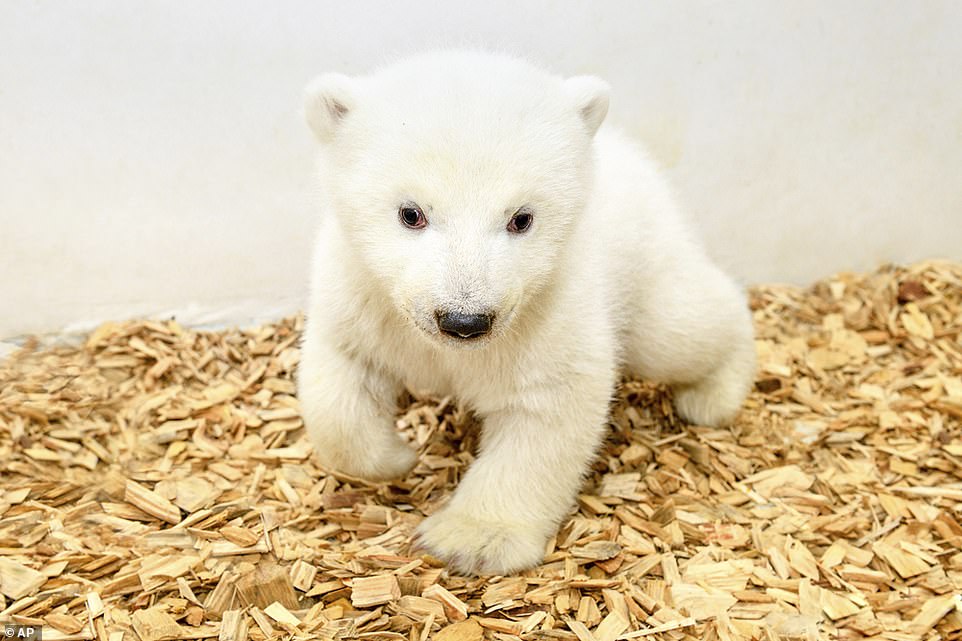 The cub was born on December 1 at Tierpark Berlin to mother Tonja, from whom she was separated yesterday for the first time for her medical exam 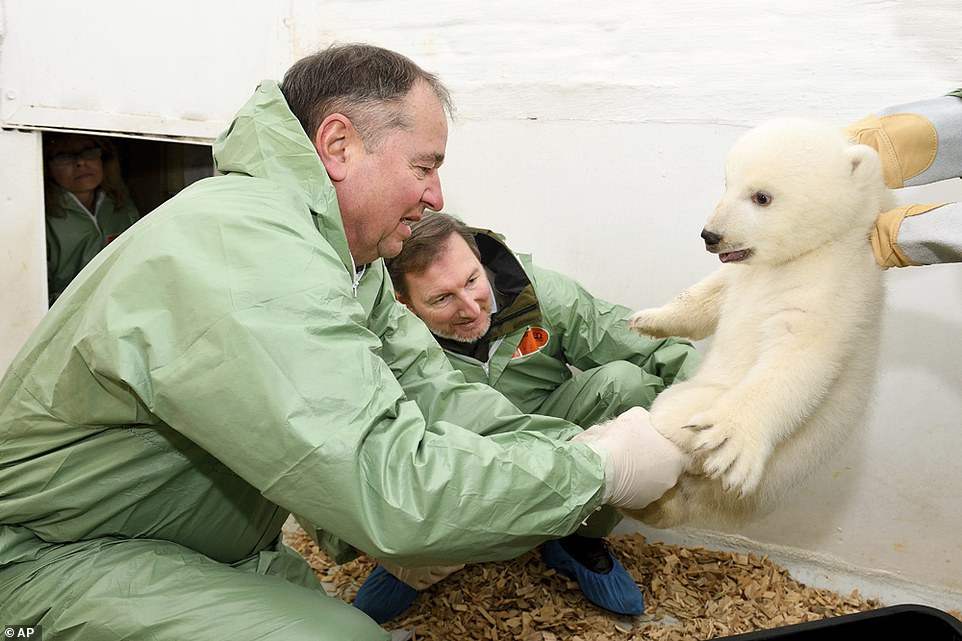 Animal doctor and zoo director Andreas Knieriem (centre) and animal doctor Guenter Strauss (left) examined the baby bear. The zoo wrote on Twitter that she has a ‘loud voice and sharp claws’ 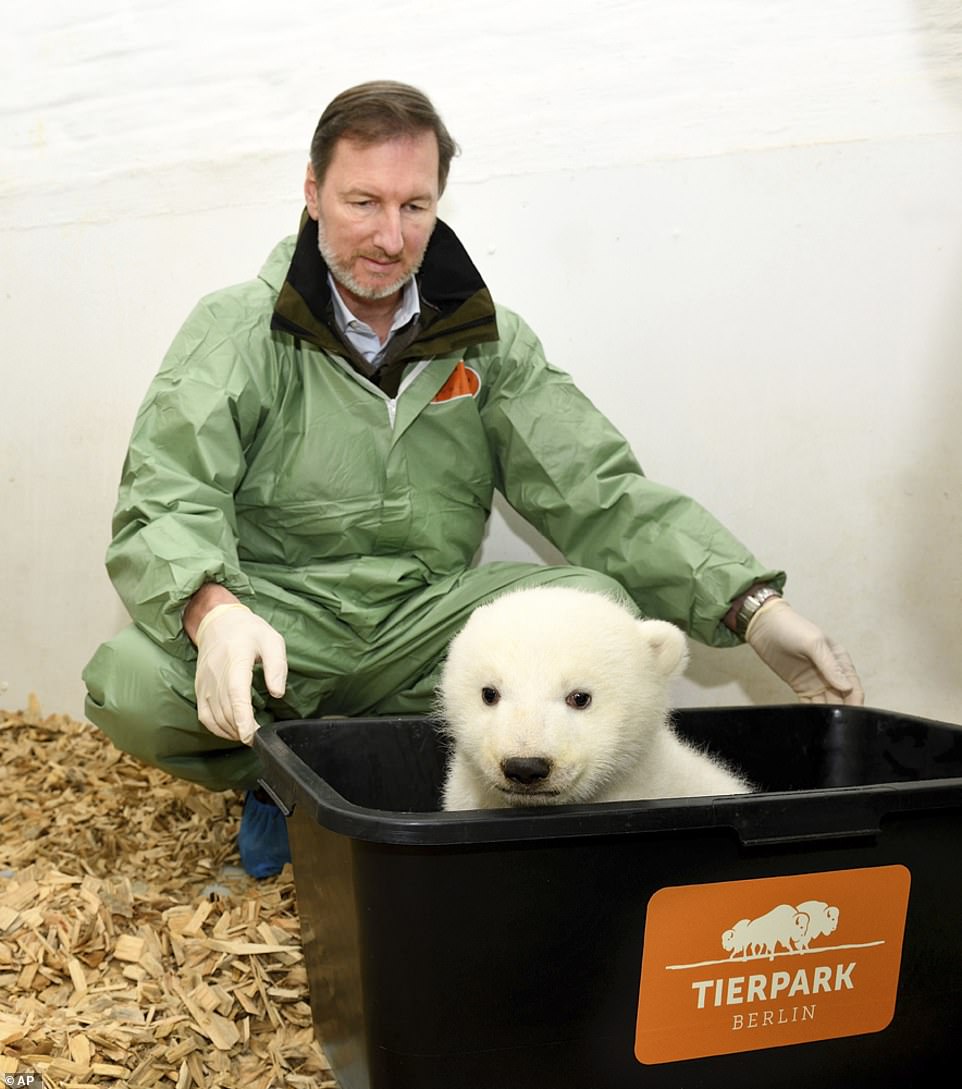 The bear’s mother Tonja will still need to nurse her to full strength as the infant mortality rate among polar bears is high; Tonja’s last two cubs died within months of birth