This is the adorable moment a dog watching cartoons rushes over to grab the television remote after her owner tries to change the channel.

Sidney, a six year-old Australian Shepherd from Florida, was sitting down to enjoy the Disney Channel on Monday when her owner came in.

Eager to stop the channel being changed from Mickey Mouse, video shows the pooch rush over to the remote and grab it with its mouth. 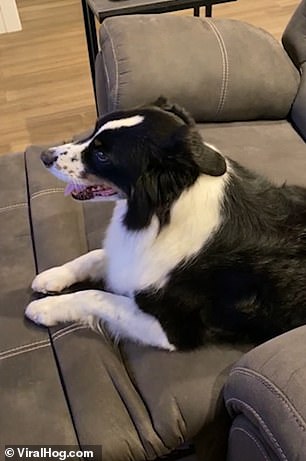 Sidney, a six year-old Australian Shepherd from Florida, enjoys lounging on the sofa and watching the Disney channel

In video filmed by her owner, Sidney then moves back to the sofa and settles down with the remote control nestled between her paws.

Her owner said: ‘This morning, while she was watching Mickey Mouse, I told her that I was going to turn it off and she took the remote and hid it so I couldn’t change the channel. I let her watch it.’

Sidney appears to be captivated by the show, and Mickey Mouse is a real favourite.

‘She loves to play and in her downtime she loves watching TV,’ her owner said. ‘She usually watches the Disney Channel and some of her favorite shows are Mickey Mouse, Jessie, Austin and Ally.

‘Sidney loved the Good Dinosaur. She has seen all of the Descendants movies and loved them all.’ 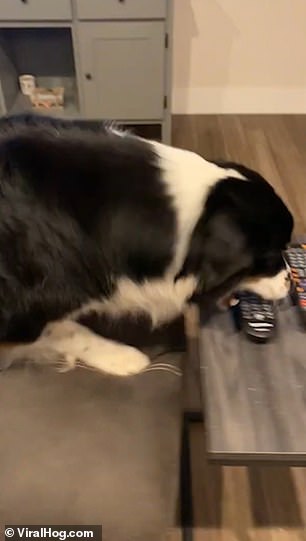 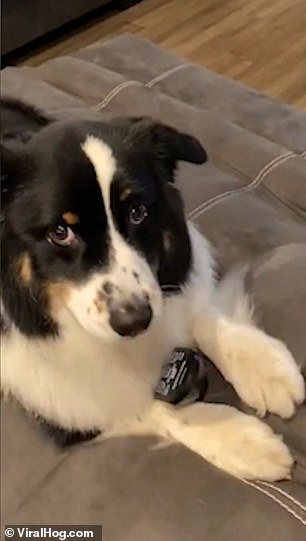 Eager to stop the channel being changed from Mickey Mouse, the pooch rushes over to the remote and grabs it with its mouth. She then settles down with the remote nestled between her paws