This is the adorable moment a dog rescued a fellow pup who got stuck in the mud.

A dog named Puppy accompanied his owner Karen James on a horseback ride on Thursday afternoon and went missing on the trail near McCleary, Washington.

After going two days with no sign of the Great Pyrenees, James called in Three Retrievers Lost Pet Rescue for help.

Tino the search and rescue dog was dispatched to the heavily wooded area on Saturday and managed to find Puppy trapped in a muddy gully less than a mile from his home.

Emotional photos show the moment a search and rescue dog named Tino located a family’s missing dog Puppy after he had been missing for two days near McCleary, Washington 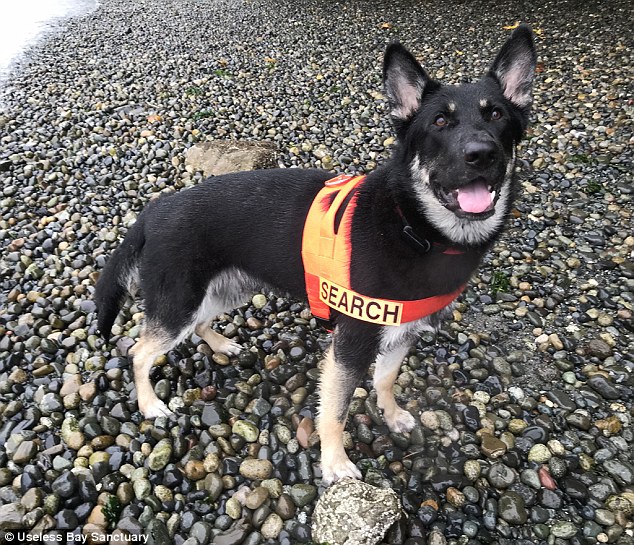 Emotional photos show the frightened pet covered in thick mud while Tino stands by, showing off his triumphant rescue.

James told Fox 13: ‘He could not have gotten out of the mud. We would not have seen him because he was far enough off the trail.

‘And you know there’s miles and miles, acres and acres of wilderness out there to search.

‘We just never would have found him.’ 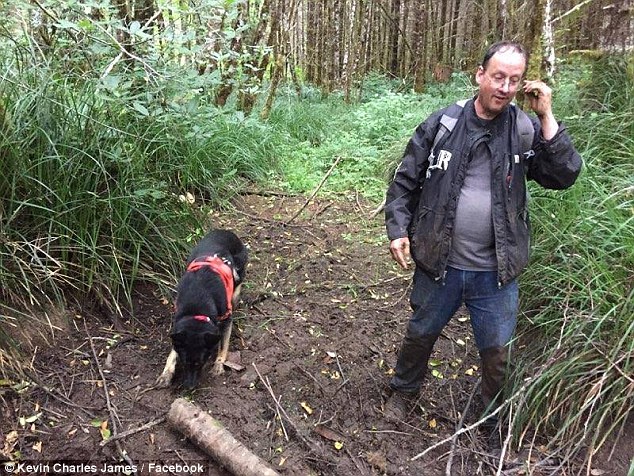 Three Retrievers Lost Pet Rescue said if it wasn’t for Tino, Puppy may have never been located 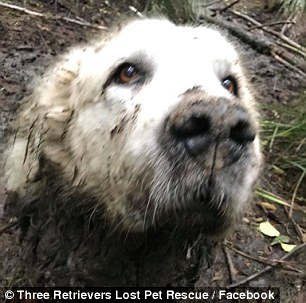 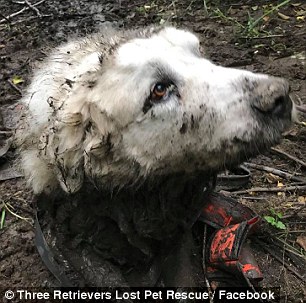 It took three people to pull 150lb Puppy out of the pit using ropes, according to a post on the Three Retrievers’ Facebook page.

‘His back feet weren’t working at first, probably because he had been stuck in the cold mud for hours,’ the post said.

‘The woods go on for many miles, and Puppy’s family may not have found him without the help of a search dog.’

Puppy was transported in a wagon back to his home where he was greeted by the relieved family.

The search service said Tino had been training for 16 months and this was his first solo success. 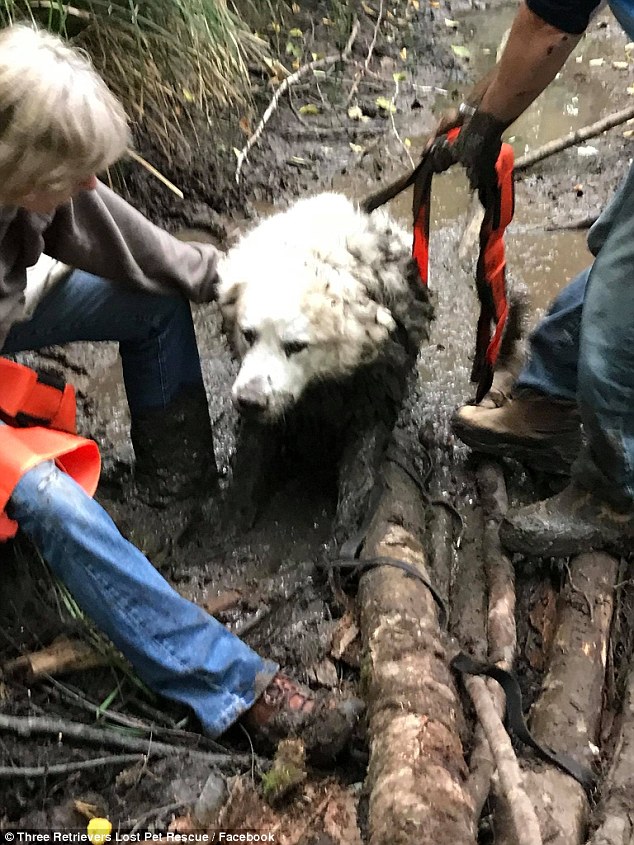 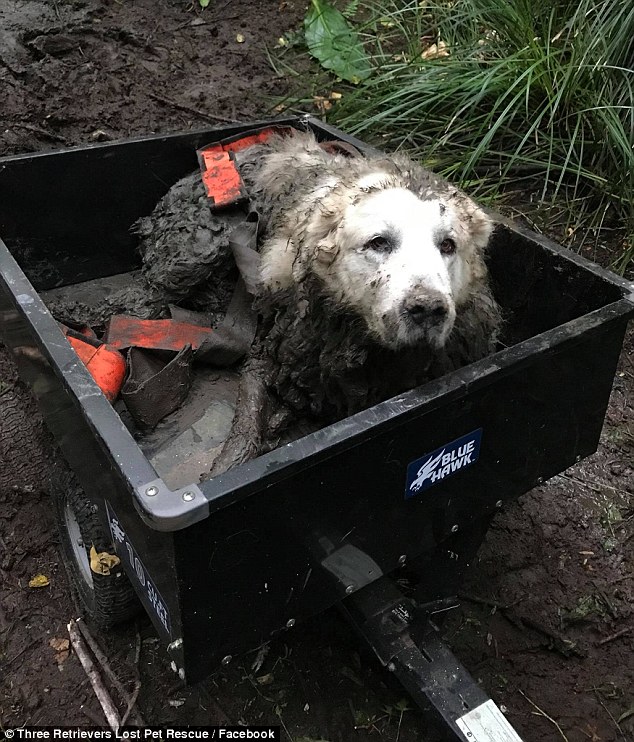 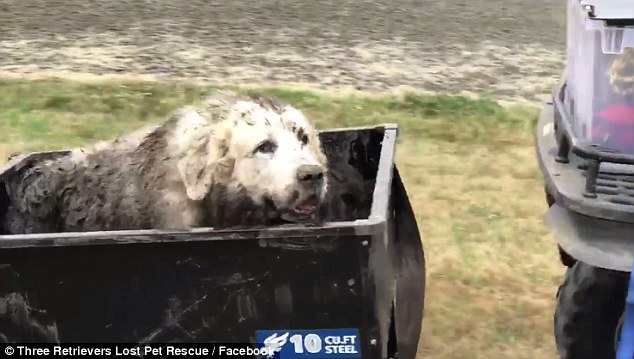