A Canadian photographer compiled a years’ worth of photos of his Border Collie holding the same position with various background and created one adorable video out of them.

Andrew Knapp, 35, has had Momo since he was just a puppy.

The photographer took the photos of his nine-year-old pup and posted them to Momos own Instagram account called MomosFace, which has an impressive 65,000 followers.

In every photo, the pup is seen looking up at Andrew and right into the camera. And though his position may not change, Momo’s surroundings certainly do.

Some pictures capture Momo with a stern look, while in others he’s seen wagging his tongue or eating a treat.

Momo is a nine-year-old Border Collie from Canada 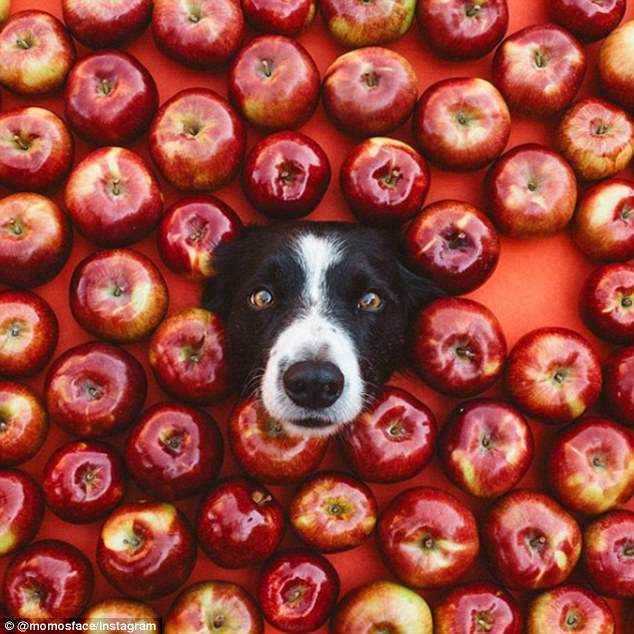 Momo has 65,000 followers on Instagram all with pictures of his face 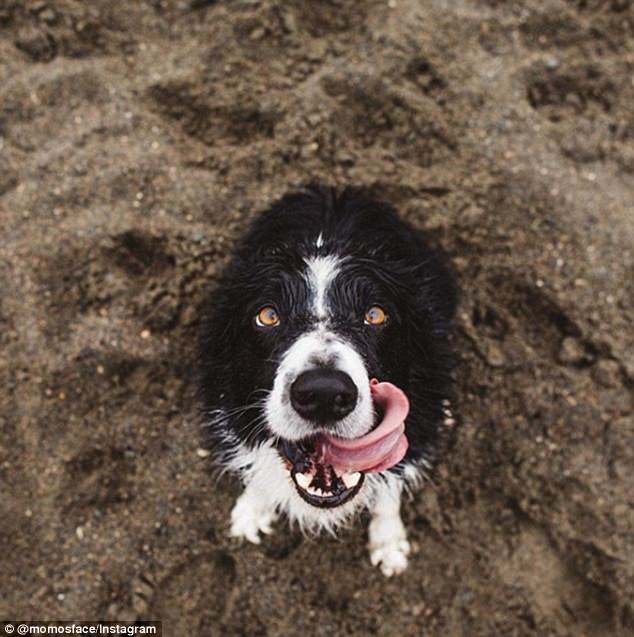 A video posted by his owner, shows Momo in the same position but with different backgrounds 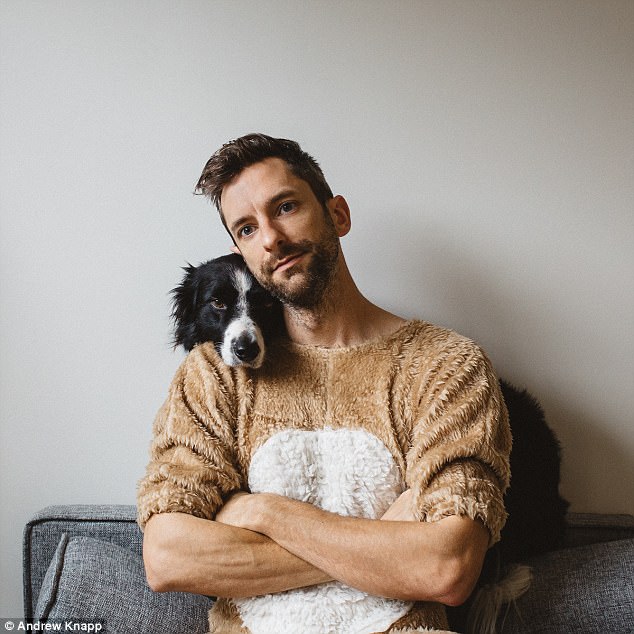 Andrew Knapp, 35, is the Canadian photographer who has had Momo since he was a puppy

Momo is not only Instagram famous, but he is a New York Times bestseller and has three books under his belt. He’s the star of a trilogy of picture books called Find Momo that he made with Andrew.

The books are interactive and include lovely scenic photographs with Momo hidden in corners and holes in walls.

But how can Momo be so well-trained to hold the same pose and take the perfect picture?

Andrew told Dailymail.com, ‘Momo is a very good listener, he’s always looking at me and asking what he needs to do next,’ but added that his secret is, ‘there’s usually a ball in my hand’.

The pair have traveled around the US, Canada and Mexico together taking pictures and are currently planning a trip to Europe.

Andrew said that his, ‘will to travel, to explore and meet people brought me here and Momo ended up being the best travel buddy a man can ask for’. 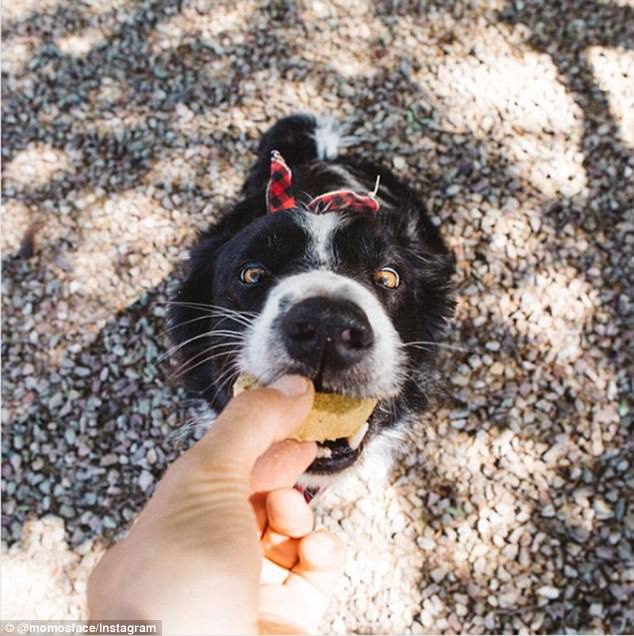 The pair has published three picture books together, a trilogy called Find Momo 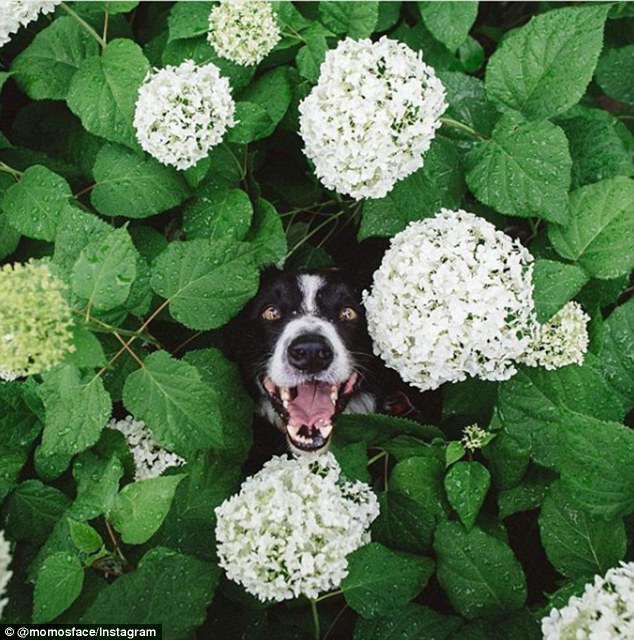 The books are interactive, so the reader has to find Momo in beautiful locations 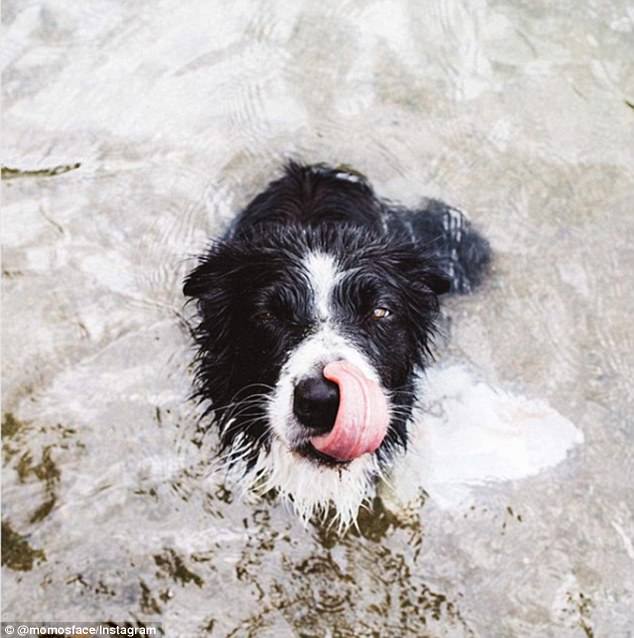 Momo and Andrew have traveled around the US, Canada and Mexico together 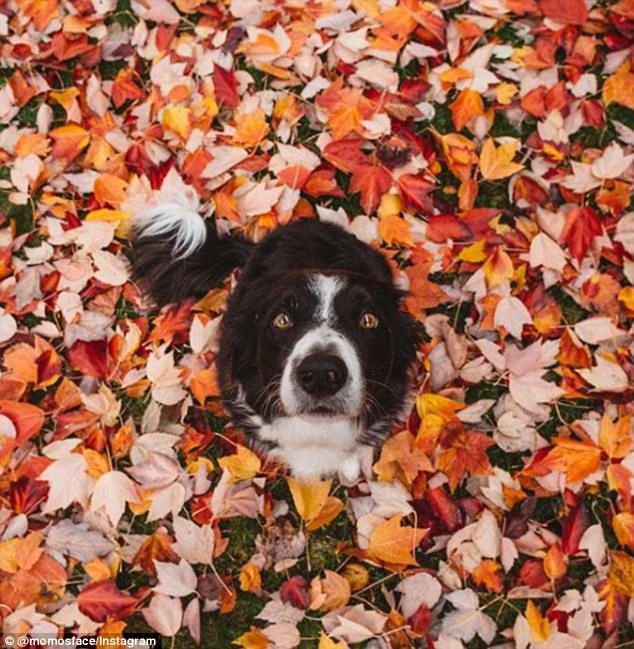 The pair are planning a trip to Europe next! 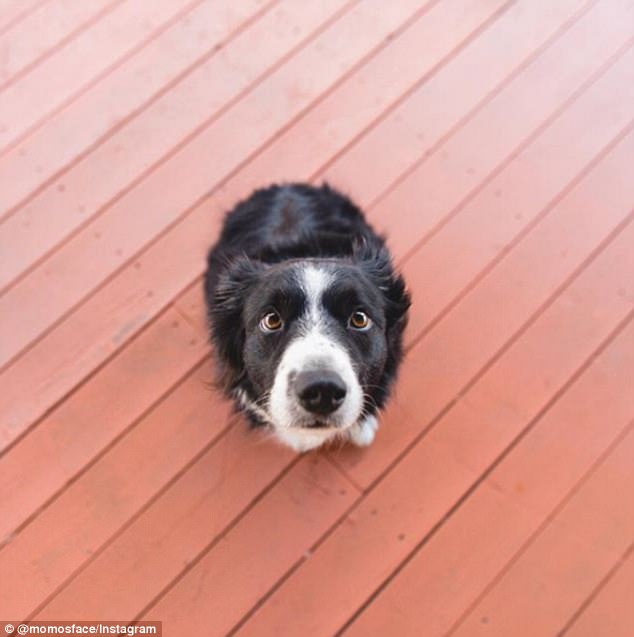 Andrew says Momo is not just his best friend, but the best travel buddy a man can ask for