Adrian Lester has just spent six months in the hottest of Hollywood company. In Josie Rourke’s new movie Mary Queen Of Scots, he plays Lord Randolph, a go-between in expansive Tudor ruff dispatched between disputatious Royal courts. Which means he shares plenty of screen time with the film’s stars: Saoirse Ronan, in the title role, and Margot Robbie, who plays her nemesis Elizabeth I.

However, working on the film, he was reminded of something a little less silver-screen and more ‘small’ screen: ‘After she contracted the pox, Margot [as Elizabeth] goes from a beautiful, self-assured young woman to the Elizabeth we know from history books: the white face, red wig. It was an amazing transition. But for me, and a lot of us, that image is suddenly very Blackadder,’ he says. ‘Personally I couldn’t see her in the white face and red hair without thinking of Queenie.’ 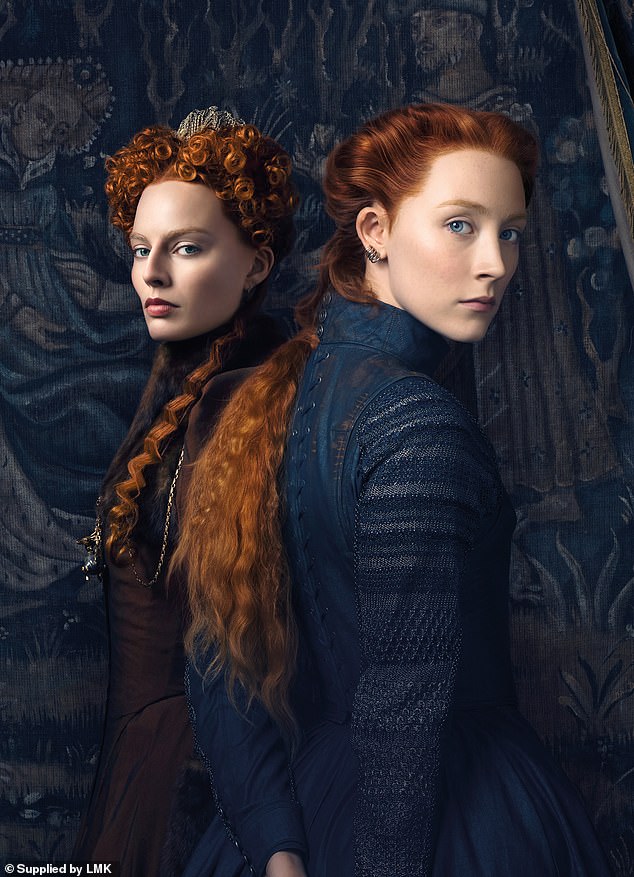 In which case, did he recommend that Robbie watch Miranda Richardson’s magnificently dotty portrayal of the Queen in Blackadder II? ‘Ha, I’d like to meet the person who did,’ he says. ‘I am the only actor in the film who went between both camps. I worked really closely with Margot and with Saoirse – both are fantastic. You can see why they are in such demand.’ Which is the kind of answer that suggests playing a career emissary such as Randolph may not have been the toughest call.

This is a film that uses history as a prism through which to reflect current preoccupations. There are plot byways within it that feel very of the moment, into gender transition, religious intolerance and sexual politics. Indeed, the very idea of a movie with two strong young female leads seems a powerful reflection of the new direction in Hollywood. Though Lester is cautious of any suggestion this is a film that could only have been made in the era of Time’s Up. ‘I remember when I did Henry V, I had reviewers come up to me and say, “Oh you made it modern dress because of the Iraq invasion.” I’d look at them and say, “Do you know how long it takes to put on a production?” When you make these decisions, you have no idea what will be in the news when you finally get it out there. Yes, it is good that even as that conversation is being had there is a movie with two female leads. But I think it’s coincidence. It’s not because of the time, but it does reflect on it.’

There is one area of the film, however, that seems particularly present: the colour-blind casting. There are black faces dotted throughout the Tudor court: Bess of Hardwick, one of Elizabeth’s ladies-in-waiting, is played by Gemma Chan, an actress of Asian origin, and Lester himself portrays a historical figure known to be white.

‘Actually it was a more ethnically diverse time than previous movie representations would have had us believe,’ he points out. ‘I was very surprised when I read that Elizabeth once issued a decree to say there were too many Moors in the country. A little more digging and you find that in London at that time there were black people having black velvet funerals [where mourners dressed in expensive black cloth], which you could only have if you were a person of standing. That said, the characters Gemma and I play were white. But what [director] Josie has said is: there would have been black people in positions of prominence, so let me reflect that.’

Brought up in a single-parent family in Birmingham, Lester first enjoyed public performance as a boy treble in his local church choir. After graduating from Rada, he seemed destined for a life in musical theatre. But he has subsequently moved seamlessly across genres, from popular TV series (Hustle) through films (Primary Colors) to a full range of stage roles. And he has become a veteran of imaginative casting. Sure, he has played Othello at the National Theatre to much acclaim, and was magnificent as the 19th-century black actor Ira Aldridge in his wife Lolita Chakrabarti’s play Red Velvet. But he has also excelled as Henry V and Hamlet, and once played Rosalind in As You Like It. 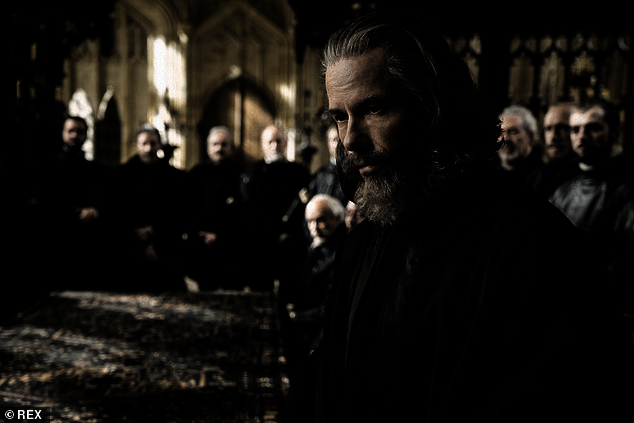 Guy Pearce as William Cecil. There are plot byways within it that feel very of the moment, into gender transition, religious intolerance and sexual politics 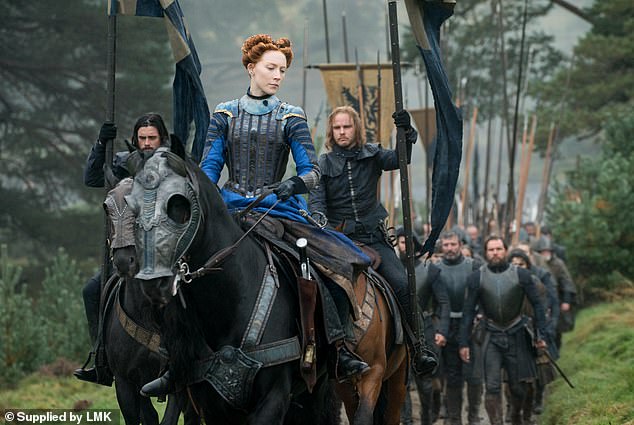 ‘I am the only actor in the film who went between both camps. I worked really closely with Margot and with Saoirse – both are fantastic. You can see why they are in such demand’

Talk of colour-blind casting inevitably leads to discussion of who the new James Bond might be. Would he fancy the role? After all, his Randolph has the air of the Tudor Bond, not least in his inability to remain within his tunic in the company of Mary’s ladies- in-waiting. It could almost be considered an 007 audition piece.

‘I keep getting asked that,’ he says of Bond. ‘I gently allow the question to float and quietly move on.’ This is the thing about Lester. Comfortable when talking about his work, but stray off topic into personal issues and he stonewalls like a thespian Geoffrey Boycott. He won’t talk about what keeps his marriage one of the most buoyant in showbiz, but is happy to discuss the work he has done with Chakrabarti (‘one of the best experiences I’ve had in a rehearsal room’, he says of the brilliant Red Velvet).

It soon becomes clear in his company that this is someone who prefers to be known as an actor, not an activist. He requires us to consider him solely for what is delivered on screen or stage. In short, he insists on proper colour-blind appraisal. It is a shrewd bit of manoeuvring, of which the ducking and diving Lord Randolph would have been proud. ‘Well, he was quite a guy,’ Lester smiles, keen as ever to bring everything back to the character he plays.

‘Mary Queen Of Scots’ is in cinemas on Friday