Sudanese-born Australian supermodel Adut Akech was mistaken for another black model by Who Magazine this week, sparking a racial controversy.

While Adut, 19, publicly claimed that the blunder ‘disrespected her entire race’, the reception online has been mixed, with many calling the incident ‘an innocent mistake.’

The model’s Instagram page has been flooded with comments from polarised people over the last few days.

‘An innocent mistake,’ commented one. ‘It was not racist intent. You have gone way too far.’

Another wrote: ‘While I understand you’d be upset in these circumstances, I am sure that it is an error that had nothing to do with your ethnicity, culture, background or any malice towards you.’

‘Racism means showing prejudice or discrimination against another race due to feelings of superiority,’ explained another.

‘This situation is a human error mistaking one model for another who looks similar. They have exactly the same hairstyle and hair colour for one. This mistake isn’t racist. Get a grip!’ 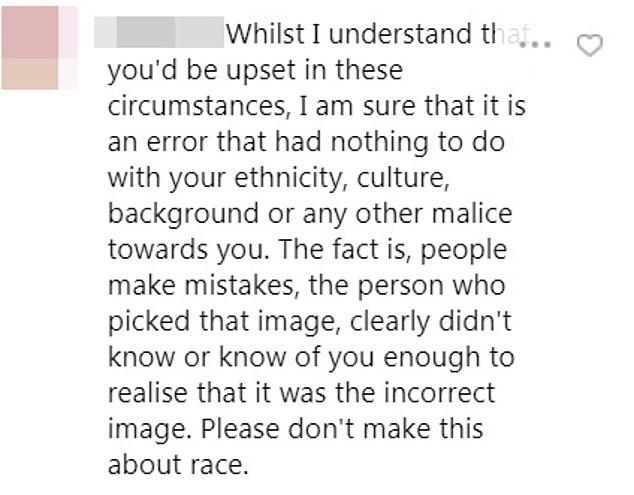 ‘While I understand you’d be upset in these circumstances, I am sure that it is an error that had nothing to do with your ethnicity, culture, background or any malice towards you,’ wrote one 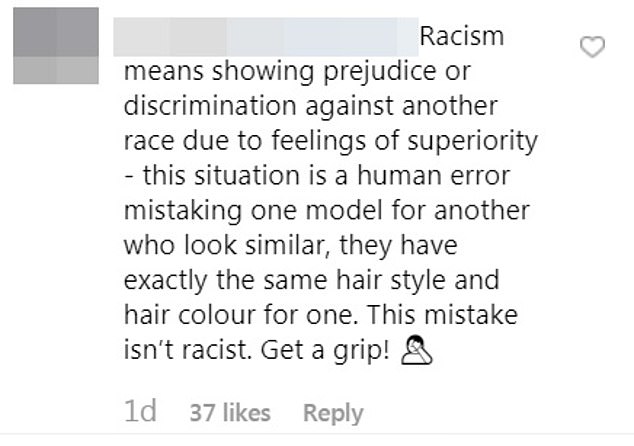 ‘Racism means showing prejudice or discrimination against another race due to feelings of superiority,’ explained another

While Adut, 19, publicly claimed that the blunder ‘disrespected her entire race’, the reception online has been mixed, with many calling the incident ‘an innocent mistake’

The backlash comes after Kerri-Anne Kennerley defended Who magazine over the awkward mix-up – comparing it to editors mistaking her with 60 Minutes star Liz Hayes.

The magazine was criticised for publishing an in-depth interview with South Sudan-born model Akech – next to a photo of model Flavia Lazarus, who is also black.

While the magazine blamed an administrative error for publishing the wrong photographs on Friday, Akech has said the error is an example of racism in Australia, and said the same mistake wouldn’t have happened to a white model.

But Kennerley disagreed with Akech, saying on Studio 10 on Tuesday that it was a simple mistake and had nothing to do with racism. 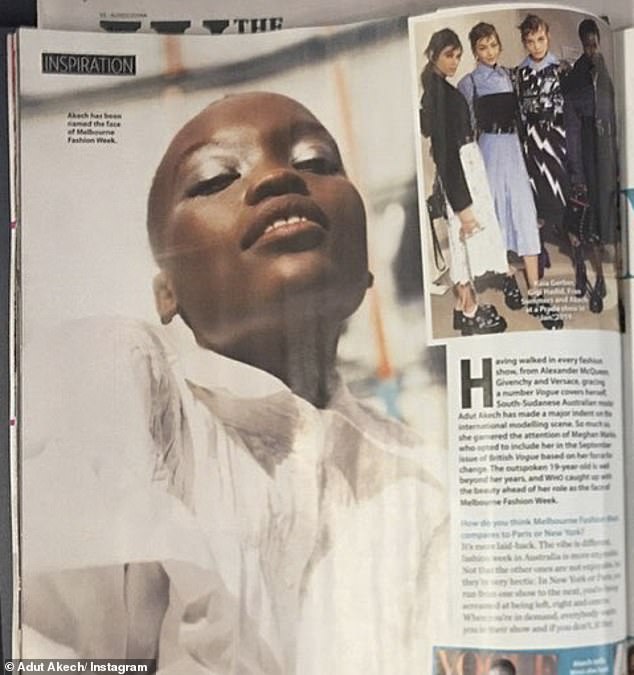 Studio 10 co-host Angela Bishop was quick to challenge Kennerley as to whether the two mix-ups could be compared.

‘Was yours in just a social pages snap, opposed to an entire article about Adut, featuring on her success, the fact that she’s the face of Melbourne Fashion week and currently the hottest model in the world?’

Her interview with Who magazine touched on diversity and acceptance in the fashion industry, and took a deep dive into Akech’s views on accepting refugees.

Bishop called into question whether a mix-up of photos was excusable, considering the scale of the article.

A firm Kennerley insisted it was an innocent mistake that could not be fairly pinned to the journalist. 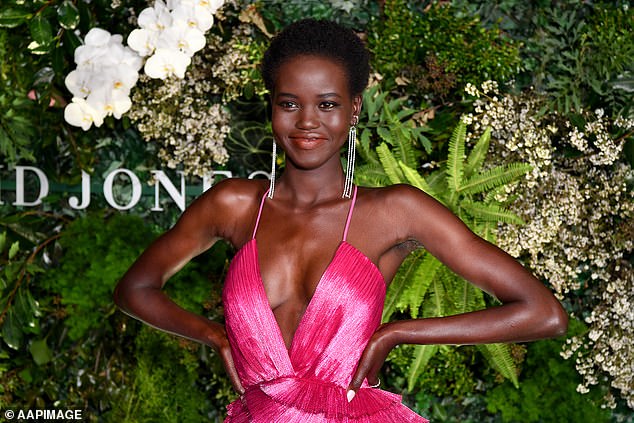 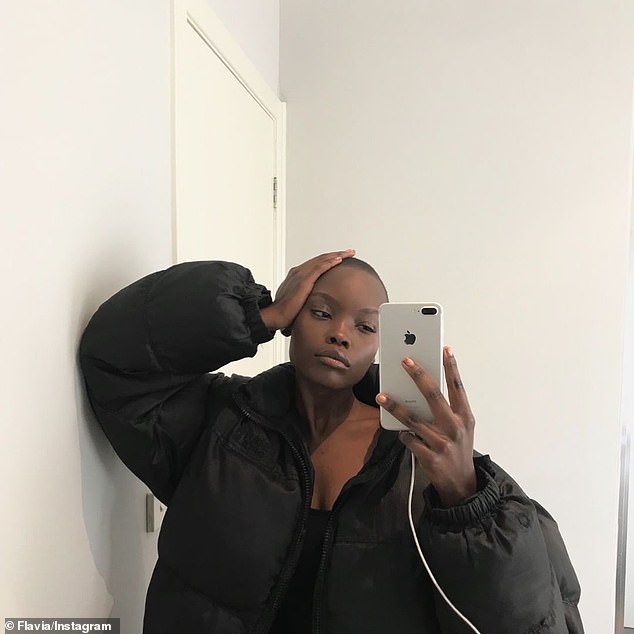 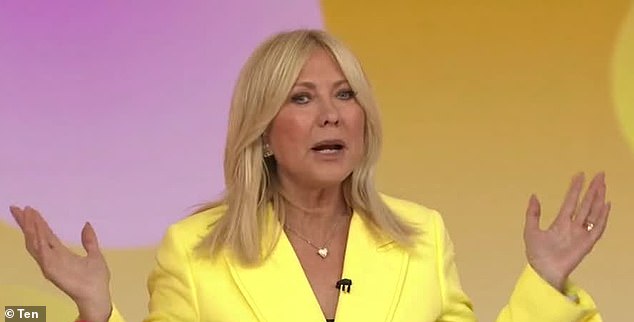 Host Joe Hildebrand even stepped in to support the view and said he did not agree the photo was an attack on entire culture.

‘For me it’s a bit like Cate Blanchett having a go at the cameraman who takes a shot at her dress and saying how dare you, you sexist.’

A clearly fed-up Bishop said she did not ‘equate’ it as she tried to speak over Hildebrand and Kennerley.

‘If you’re doing a story on her, it kind of matters to get the picture right.’ 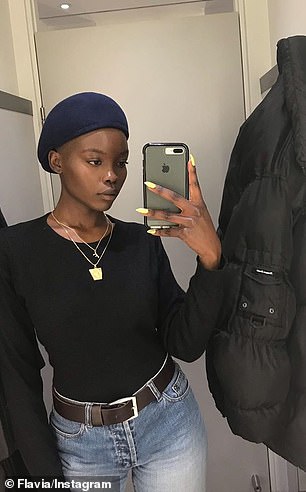 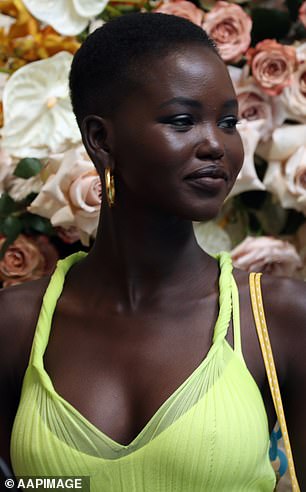 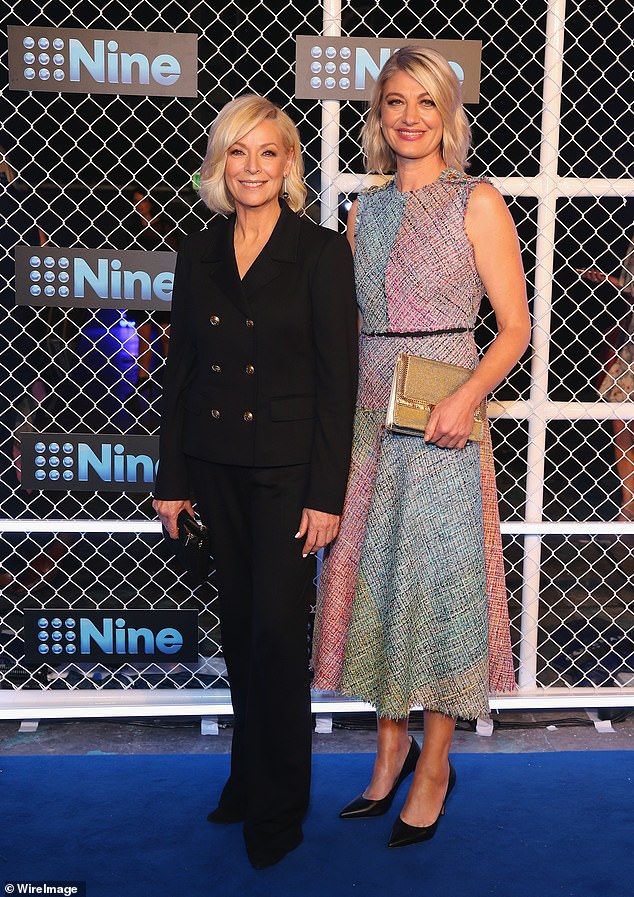 The verbal stoush on screen comes after Akech slammed the magazine and called it out for racism, saying the bungle wouldn’t have happened to a white model.

‘It is racist but obviously I know it was not intentional,’ Akech told Daily Telegraph. ‘It was a mistake.’

‘But it does come across … you wouldn’t mix up two white models’ names or use another white girl.

The mishap has been blamed on an administrative error, with public relations agency OPR saying it had sent the wrong image to Who.

‘The error was administrative and unintentional and we sincerely apologise for this mistake and any upset it has caused to the models involved, and our client, the City of Melbourne,’ OPR said in a statement.

Akech said it was ‘not the first time I have had a racist incident happen to me in Victoria’ on ABC radio on Wednesday morning.

Speaking to Today, she said the blunder illustrated how ‘big’ a problem racism was in Australia.

‘The entire industry is improving but there is still a long way to go and I think Australia is very behind.

‘When I saw it, instantly I felt so many emotions at once. I felt disrespected, I felt hurt, you know, I felt angry.’ 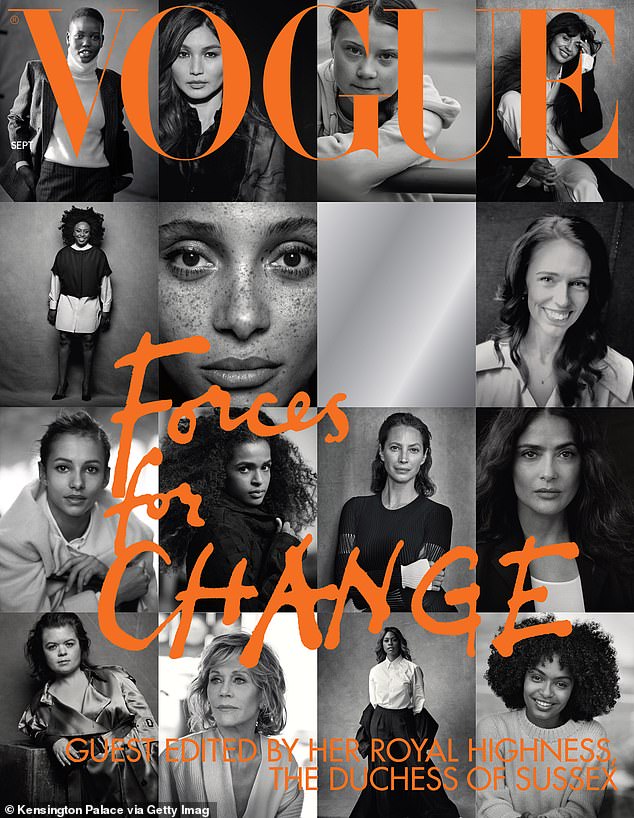 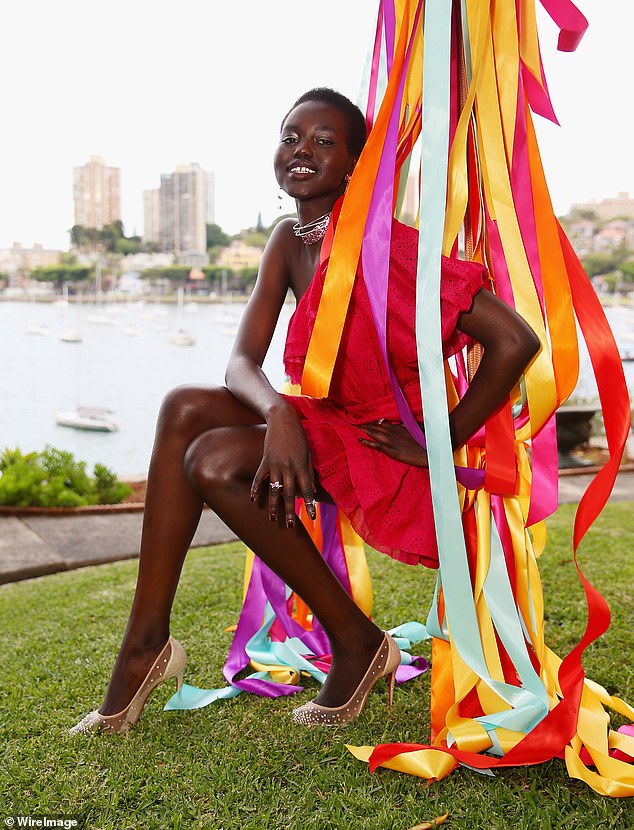 The verbal stoush on screen comes after Akech slammed the magazine and called it out for racism, saying the bungle wouldn’t have happened to a white model 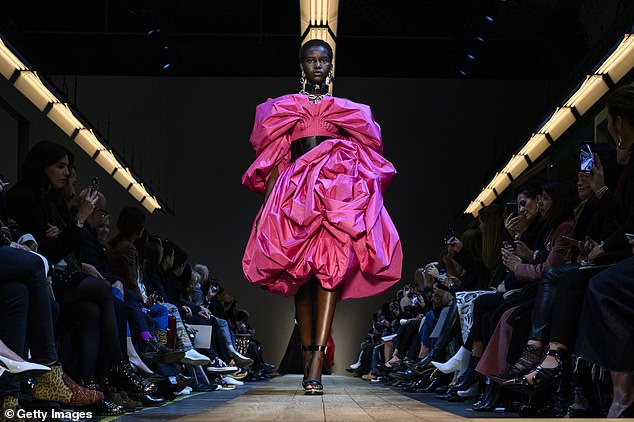