Those under the age of 70 were most likely spared the worst of 1950s food trends – but they were truly questionable if these stomach-churning vintage adverts are anything to go by.

It appears some rather horrendous recipes were inflicted on suburban dinner party guests around the world, according to an online gallery collated by Bored Panda.

Serving then-exotic fruits such as pineapple and bananas with meat and fish appears to have been particularly popular, as was turning celery into ‘dessert logs’.

Here, FEMAIL selects the most bizarre dishes on the menu…

The frozen cheese salad diet? Those on a Weight Watchers meal plan in the US might have feasted on this decades ago – but we can’t see ourselves enjoying it anytime soon 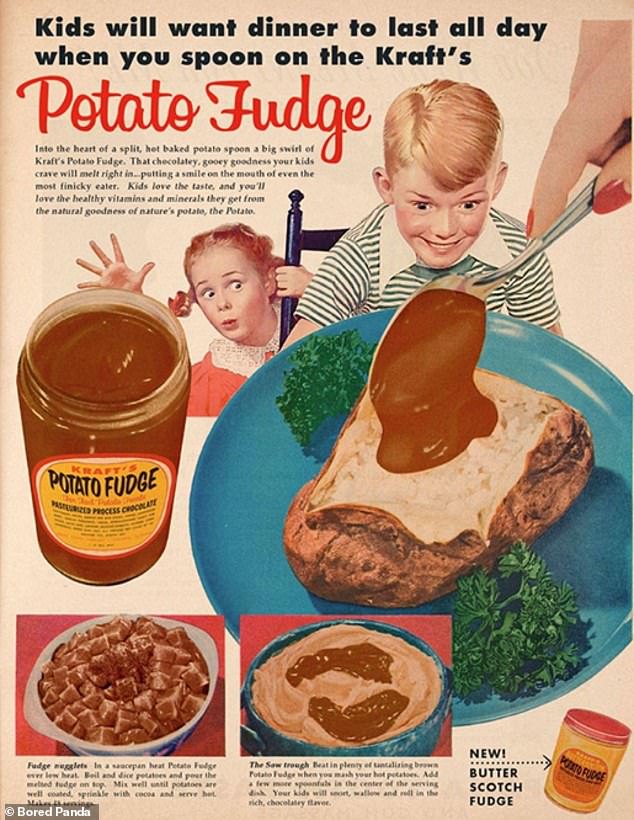 What the fudge? Rather than cheese and baked beans, it seems some shoppers in America wanted something sweeter for their jacket potato, and instead opted for fudge 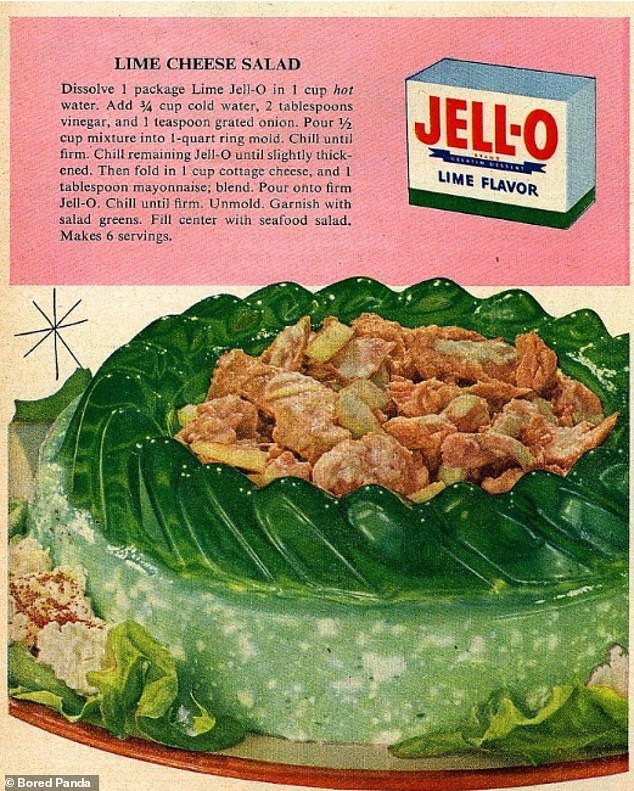 Mouldy-looking: Apparently there was a time when lime jello, cheese and tuna belonged on the same plate for US shoppers 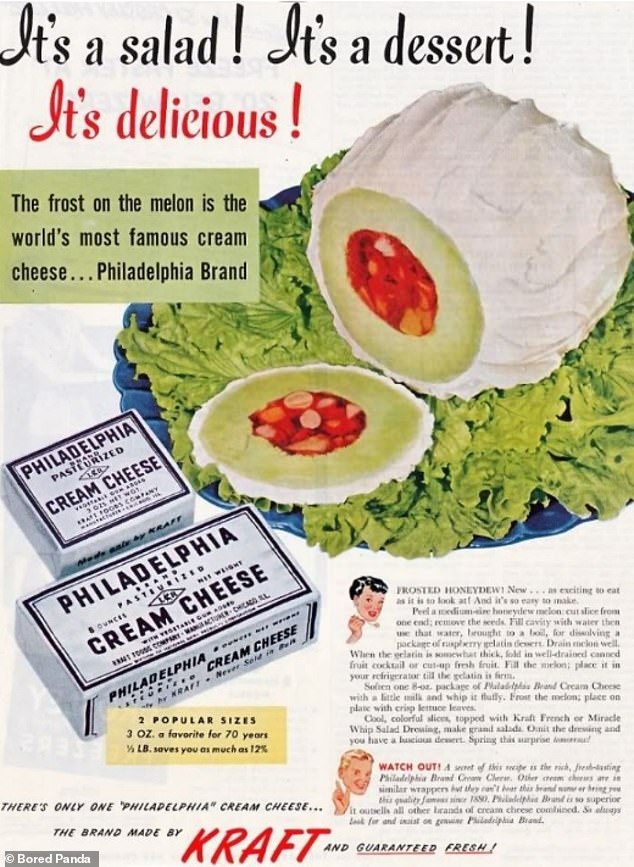 Philadelphia cream cheese wasn’t just for your crackers and bread in the 1950s, it was seemingly also used to decorate fruit in the US 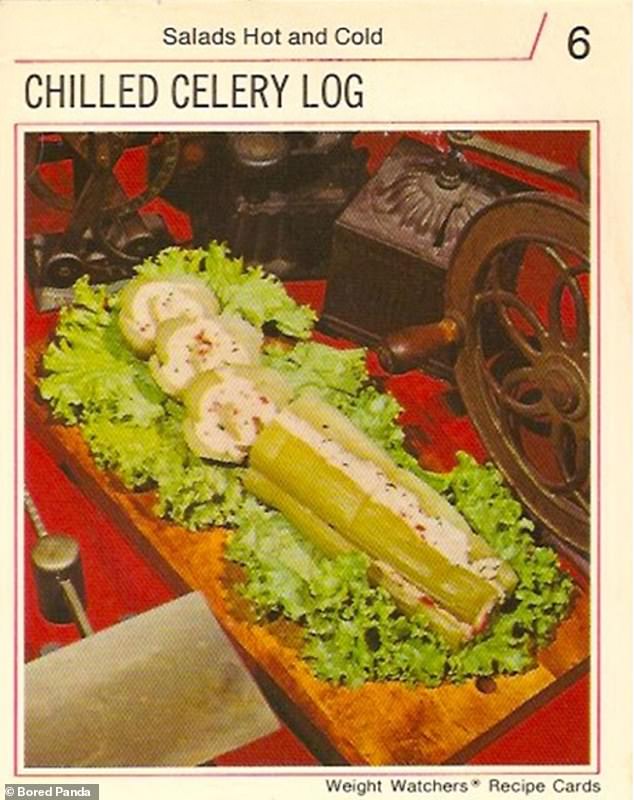 Not happy with only having salad for dinner, Weight Watchers customers decided to add celery to their desserts. It is unclear where this dish was created 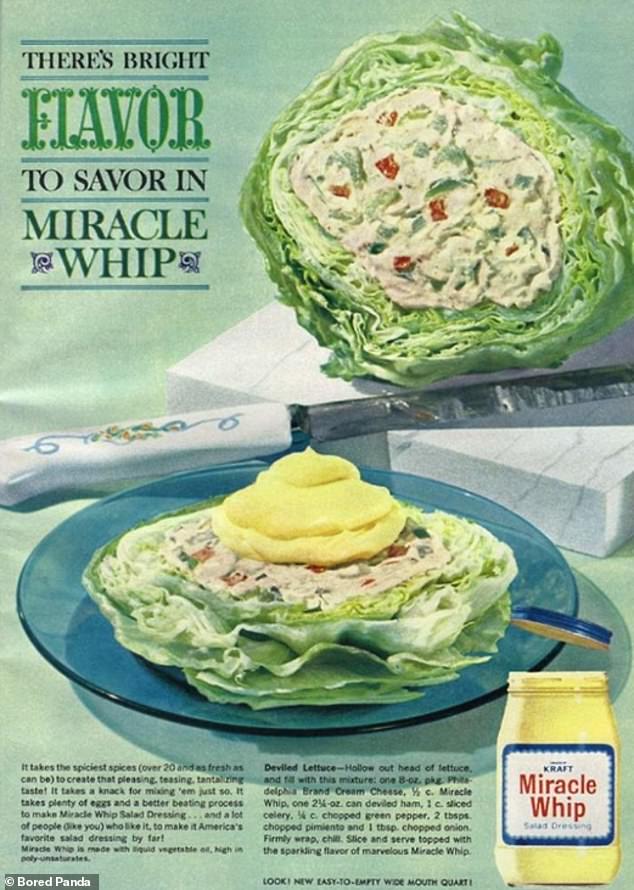 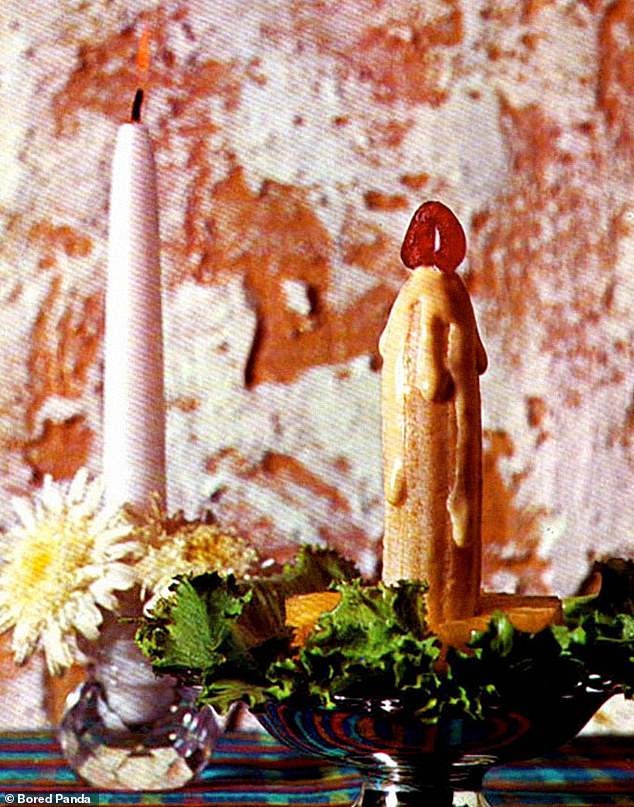 Pointed statement: A banana is dressed as a candle for this creative dinner dish. It is unclear where the image is from 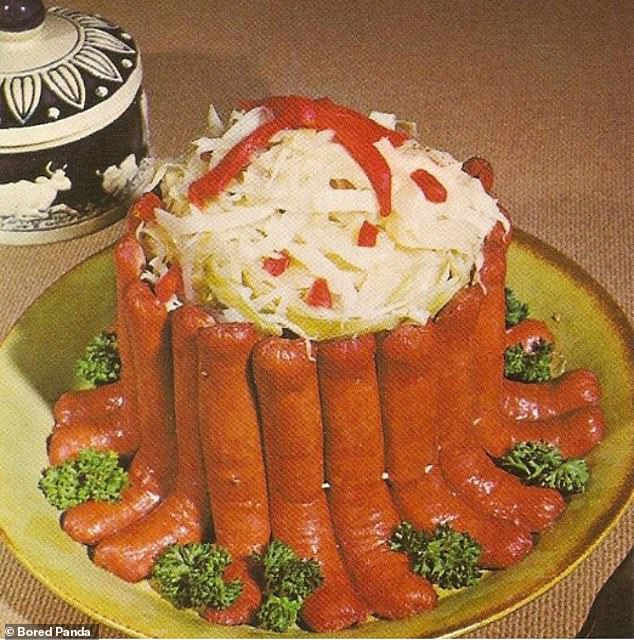 This decorative pie was made out of sausages and cheese and was clearly not popular enough to be a classic today. The location of the source of this dish is unknown 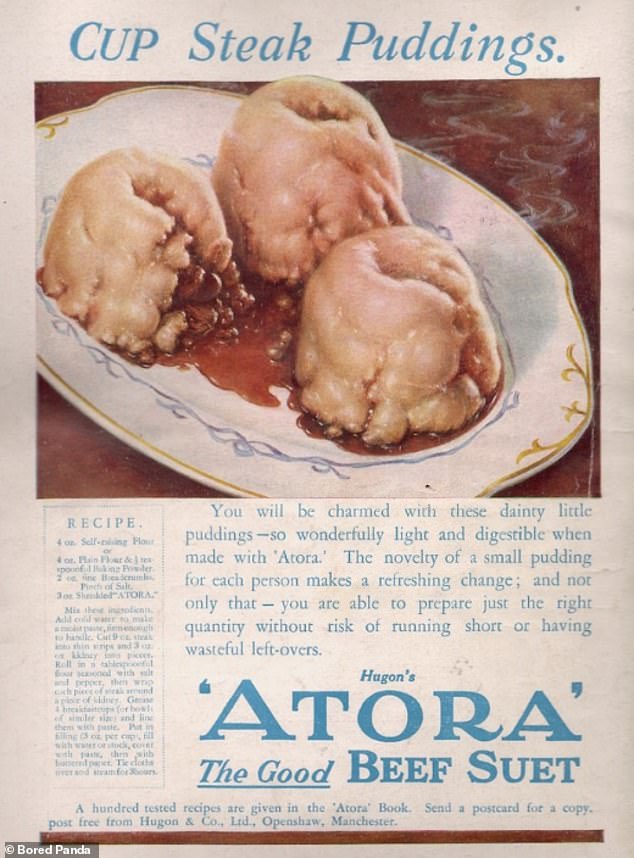 Unappetising: This recipe for Cup Steak Puddings is from Hugon’s Atora – ‘The Good Beef Suet’, in Manchester 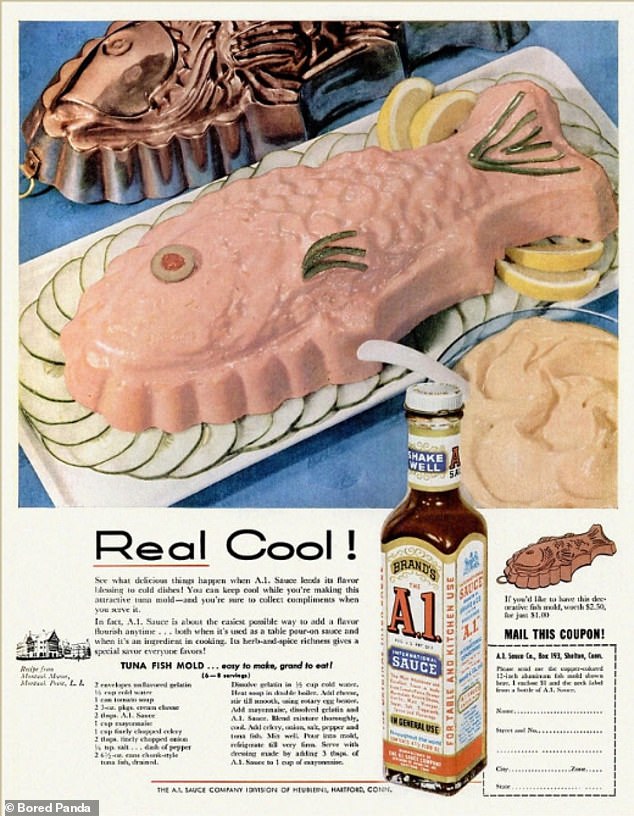 Who’s looking at you? This tuna was actually transformed into a tuna mold for American customers 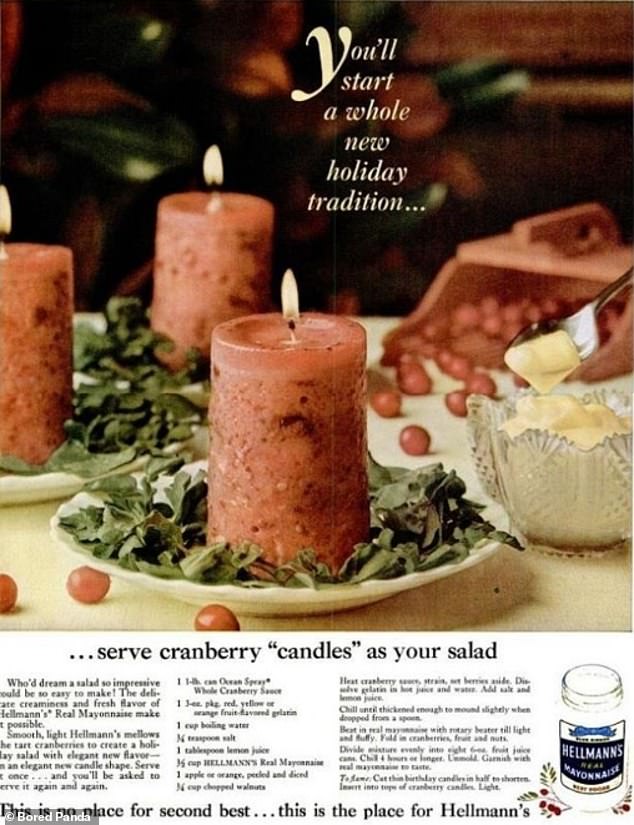 It’s probably for the best that the cranberry pate candles, pictured above, did not become a holiday tradition after all 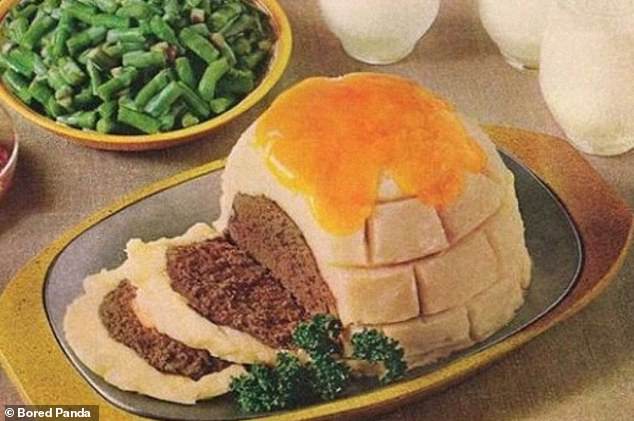 Igloo meat loaf: Melted cheese coats the ‘roof’ of this creatively-presented family meal. It is unclear where this dish was created