In the few years leading up to the pandemic, my wife and I were on a mission to visit every city in Ireland.

The last trip on our itinerary was Cork in March 2020, but this was cancelled due to Covid.

I took a voucher for the flights, which cost £303, from Aer Lingus so I could rebook when travel was allowed again.

Not so corking: Why won’t Aer Lingus refund us for the flight when it no longer offers the route?

But in the meantime, the airline has cancelled its route from Manchester, where I live, to Cork.

I’m unlikely to travel anywhere else before the voucher expires, and I’d prefer to have the money back so I can go to Cork with another airline.

But Aer Lingus says that as I originally accepted a voucher, I can’t now get a refund. I appealed this decision, but it was turned down. Can you help? S.L, Manchester

Helen Crane of This is Money replies: Travel trouble has been widespread this summer, as strikes and understaffing have led to thousands of flights being delayed or called off altogether.

But I am still contacted every week by people like yourself who are battling to get refunds for trips that were called off more than two years ago due to Covid.

During the pandemic, airlines, hotels and other travel firms were understandably worried about a raft of refunds putting them out of business.

As a solution, they offered vouchers for future trips instead – and many like yourself were happy to support the industry by taking them in lieu of cash.

But in your case, the situation has fundamentally changed, as Aer Lingus has now cancelled its Manchester to Cork route.

With your heart set on travelling to Ireland’s second biggest city to conclude your adventures around the Emerald Isle, the voucher is now useless to you.

I contacted Aer Lingus to argue that, as it now can’t offer you and your wife a like-for-like flight, the money should be refunded so you can book one elsewhere.

Thankfully I managed to secure you a pot of gold at the end of the rainbow, and you will now get the money for the flights back in cash.

A spokesperson for Aer Lingus said: ‘We have reviewed S.L’s case and as a gesture of goodwill a cash refund will be processed in place of the voucher.

‘The funds will be issued to card provided in booking within three to five working days. We apologise for the inconvenience caused.’

Now that’s what I call a Corking result. 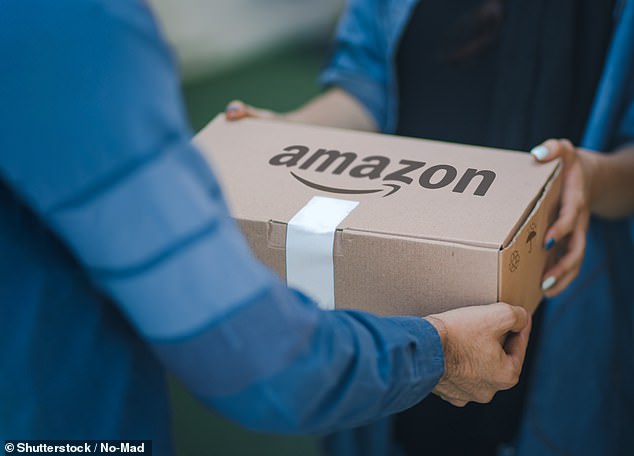 Driving change: Pauline said her Amazon courier took care to deliver her the correct books when one went missing in the van

Hit: Reader Pauline wanted to tell me about an Amazon courier who delivered the goods when it came to customer service.

She had ordered two of our sister title the Daily Mail’s quick crossword books, but was puzzled to find that the package she was handed had only one book inside.

She explained: ‘It isn’t often I come across good, sensible service. The Amazon delivery man handed me a brown cardboard envelope and asked if I had ordered one or two books. I said two.

‘He then showed me a book in his other hand and asked if it was something I’d ordered. I said yes. He told me that it wasn’t well wrapped and that it had fallen out amongst other parcels in the van.

‘The reason for writing is that this wasn’t the usual delivery – ring the doorbell, drop the package and leave. He took time and trouble to check.

‘You can imagine what a hassle I’d have had if I had just one book and had to contact Amazon about it. This delivery man deserves credit.

Those of us who regularly order online will be used to parcels arriving battered or with items missing, not to mention those bunged into a bin or over the fence.

Delivery drivers often get a bad rap, so it is nice to hear of one doing their job with care.

Not receiving one of her crossword books would have left Pauline very cross indeed, so I was glad that the delivery man was able to hand it over safely.

Miss: I was shocked to pick up an email from reader Ian, who appealed for my help in the case of his missing laptop.

He said Currys had accused him of sending back an empty box in an attempt to get a refund. Surely this couldn’t be right?

He bought the refurbished Asus computer from the Currys eBay store in March 2021, for £384. The troublesome piece of tech broke repeatedly, and in the first year he returned it to the manufacturer for repair twice.

When it happened again in February 2022, he decided to contact Currys instead as the product was almost out of its one-year Asus warranty period.

As it had repeatedly broken, Currys agreed to refund the purchase price and arranged collection via a DPD courier. 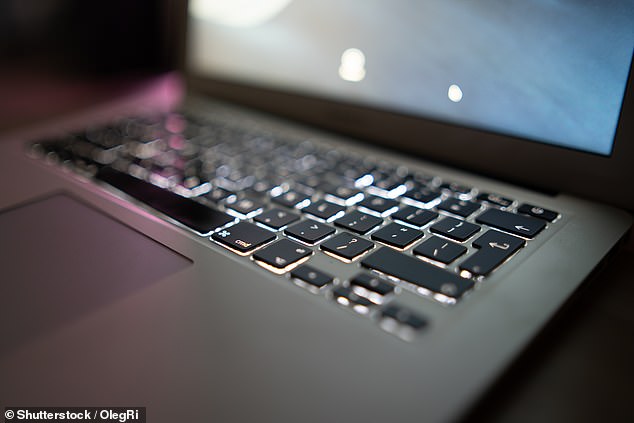 Lost laptop: Reader Ian insists he returned his broken computer to Currys, but the retailer says he sent it an empty box

Wanting to protect the laptop in transit, Ian placed it into the manufacturer’s original box and taped it closed.

Unlike the previous collections from Asus where it was unwrapped and placed in a secure box, Ian says the DPD courier accepted it in this packaging and it was taken away.

Currys said it received the laptop, but Ian was later told it had been ‘lost’ for around three weeks at the depot.

When it was found, Currys told Ian that the box was empty, and that they believed he had not sent it in the first place – an action that would amount to fraud.

He has since been told that the package weighed only 0.5kg – not enough for a laptop – when the courier checked the weight, although it is unclear at what point the box was weighed.

Ian was upset to be accused of trying to rip off the retailer, and I agree that this was unlikely to have been the case. 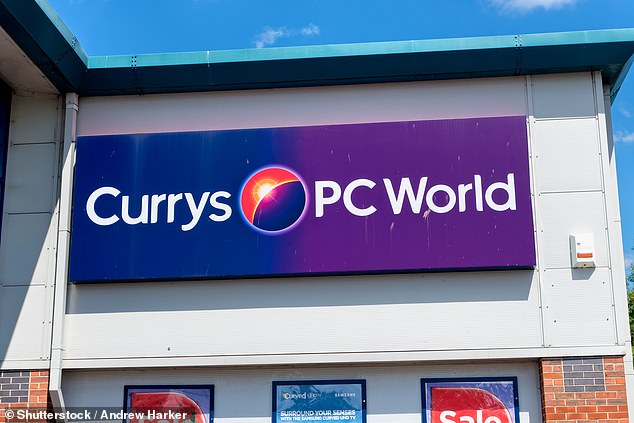 World of pain: Currys, which also runs the PC World business, is refusing Ian a refund

Why would someone bother returning an empty box in hope of a refund? They would be found out as soon as it reached Currys for inspection – Ian would have no reason for keeping a laptop that had broken so many times.

Ian was in contact with the customer service department for some time, but the firm failed to Curry any favour with him. When they were unable to resolve the situation, they gave him a head office contact and stopped responding to his emails.

In desperation he wrote to the managing director via a recorded delivery letter, but didn’t get a reply.

I contacted Currys to encourage it to see sense, but I am afraid to say that didn’t happen.

It said it had investigated the issue with courier DPD, and would not be giving Ian a refund.

It said the laptop went walkabout in the warehouse due to a sorting error, and that it has a photograph of the empty package after it was located. It also said that the package weighed only 0.5kg when it arrived.

That doesn’t prove anything in my opinion, as it could have been taken or lost on its way from Ian’s house to the sorting centre.

To accuse Ian of sending back a box with nothing in it was offensive, and I’m sorry he has been left with this empty-headed response.