An amazing aerial acrobatic dance group featuring tiny children being thrown into the air has stunned the America’s Got Talent judges.

Taking to the stage, the leader of the group named Zucaroh revealed to the judges that the group is not professional and they take people whether they have skills or not.

He also revealed that he wanted to appear on the show because it’s ‘the biggest stage in the world’ and the perfect place to showcase their skills and talent.

Winners: Zucaroh, an amazing aerial acrobatic dance group featuring tiny children being thrown into the air has stunned the America’s Got Talent judges 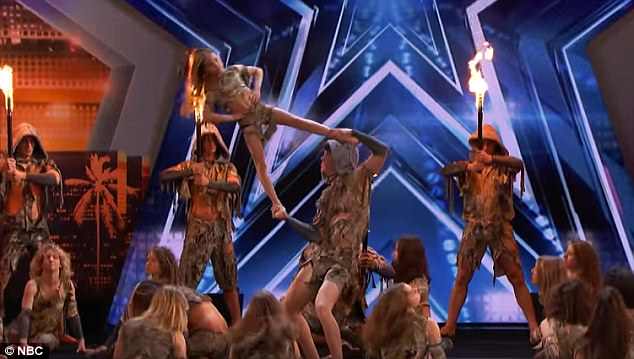 Amateurs: The group which hails from Brazil is made up of non-professional dancers and included adults and children 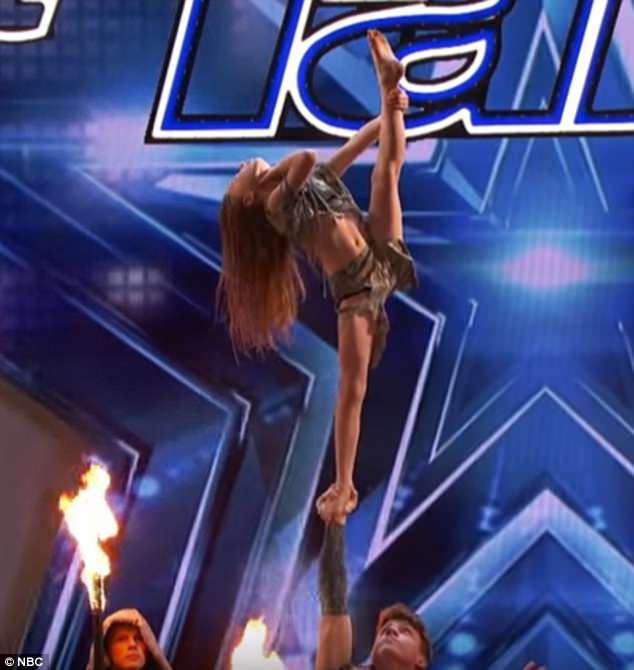 Talented: However, the second the dancers started off their routine, it became clear they were far from amateurs and the group immediately won over the audience 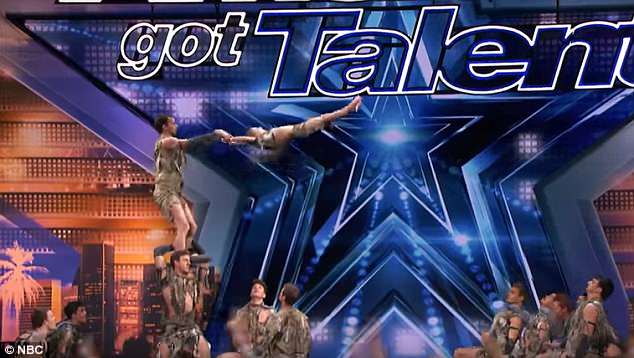 Technique: The group showed off amazing skills including throwing a young girl into the air and seamlessly catching her mid-twirl 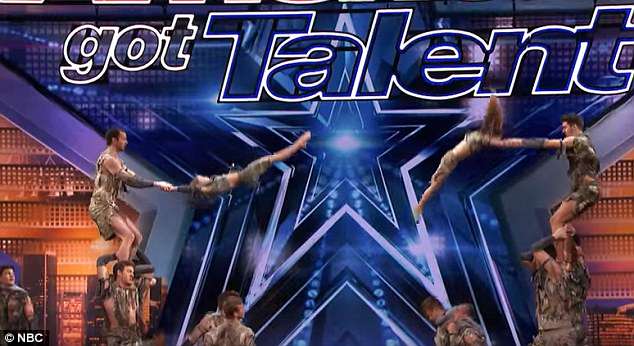 Daring: They also performed several tricky maneuvers without the help of any safety equipment

However, the second the dancers started off their routine, it became clear they were far from amateurs and the group immediately won over the audience after one of the children was lifted onto the shoulders of one of the adult dancers in a seamless yet highly technical move.

The young girl then showed off her incredible balancing skills and strength by balancing one leg on the raised hand of the adult dancer below her, while doing a vertical split.

The group then joined hands to create a human wave effect while some of the younger dancers were twirled around 360 degrees, to make it appear like they were doing cartwheels.

However, the real showstopper came when the young girl was thrown in the air, twirled mid-flight and landed safely back into the older dancer’s hands.

Swinging motions from a height without the aid of any safety equipment or props equally wowed the crown and judges who gave the dance troupe a standing ovation. 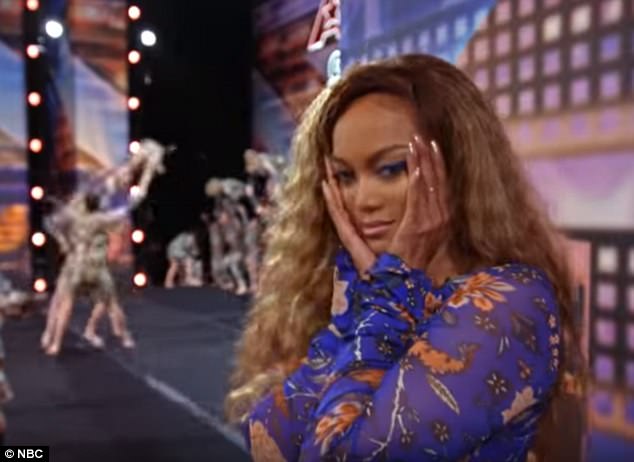 Gasping for breath: Host Tyra Banks seemed especially impressed with the group and shared that she was out of breath from looking at them 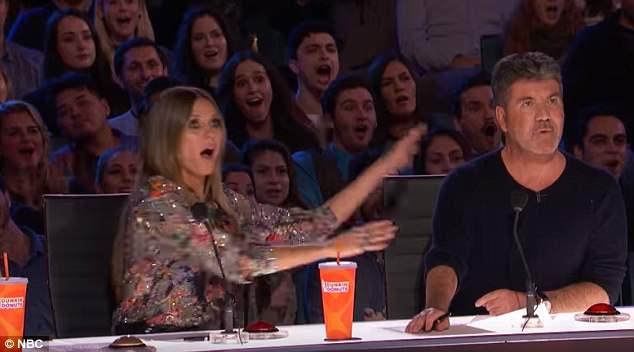 Shock: At one point, Heidi Klum clutched her fellow judge Simon Cowell as the troupe swung the smaller children in the air 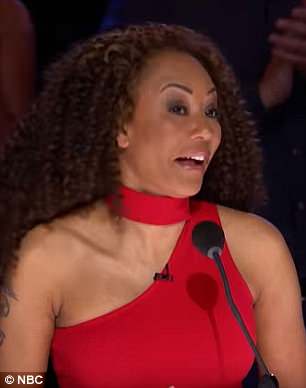 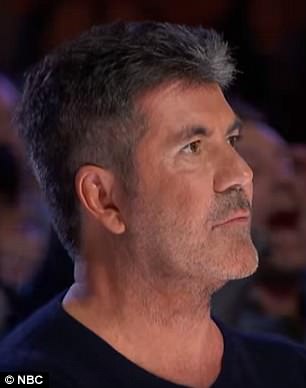 In awe: Mel B and Simon looked on in awe and shock as the group performed their death-defying moves 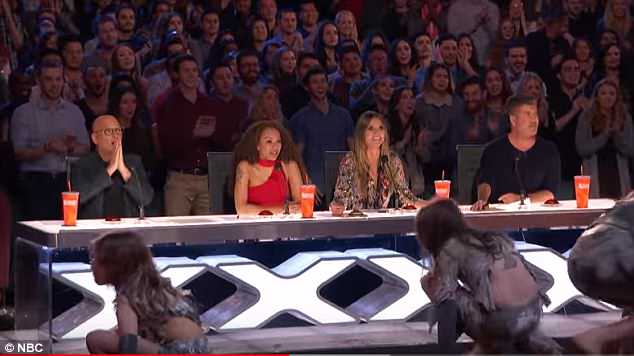 Mesmerized: Judge Howie Mandel (far left) clutched his hands together in prayer for most of the nerve racking stunts 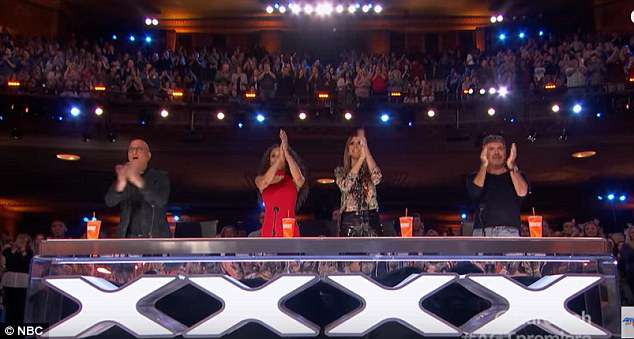 Golden ticket: At the end of their performance, the judges sprang to their feet

And before Simon could ask the judges for their votes, Tyra gave the only Golden Buzzer of the night, instantly sending Zucaroh through to the live rounds.

‘I am collecting my breath, I need some oxygen right now,’ she gasped after the judges all gave high praise for the troupe.

‘I’m like freaking out right now,’ Tyra added, before finally running to the judges table and pressing the buzzer, with Simon smiling: ‘That was a good call.’

He also was full of praise, insisting: ‘There’s something in the air right now. I’ve done this a long time, and this is honestly one of the most incredible things I’ve ever seen on any of these shows. I mean it was breathtaking and I’m absolutely honored that you would come on to our show.’

The troupe which specializes in incredible acrobatics with its youngest members, was started as a way to escape the violence in São Paulo, Brazil, where the leader said his closest friends all ended up dead. 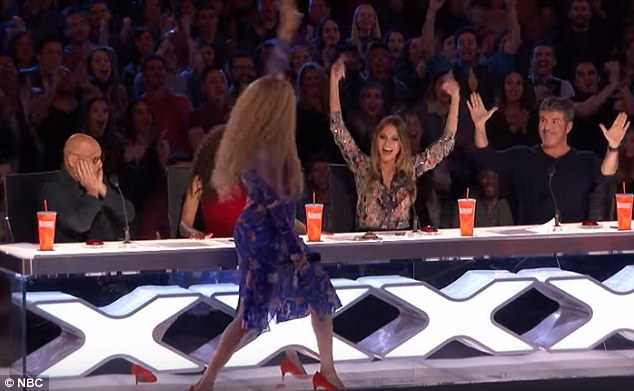 Appreciation: Before Simon could ask the judges for their votes, Tyra interrupted him, stormed the stage and walked towards the Golden Buzzer 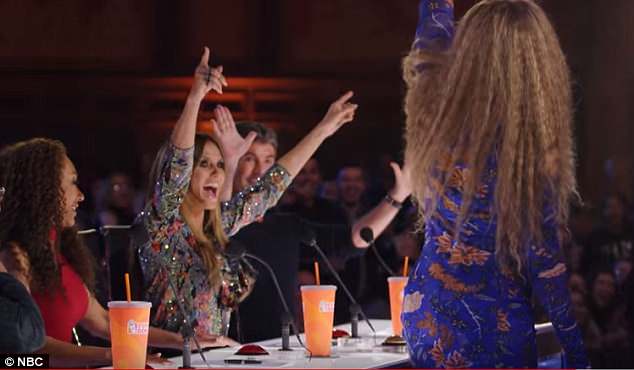 Winners: Cheered on by the judges, Tyra gave the only Golden Buzzer of the night, instantly sending Zucaroh through to the live rounds 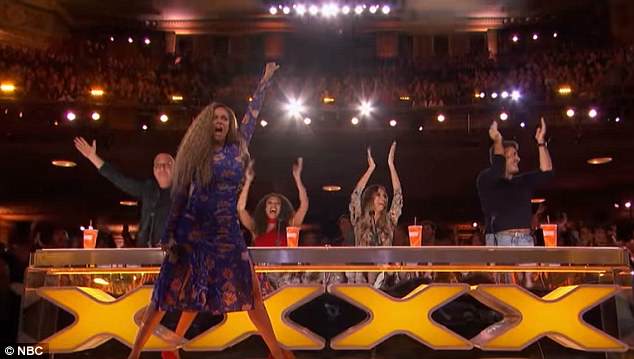 Ecstatic: The audience and judges erupted in applause and cheering after Tyra sent the dance troupe through 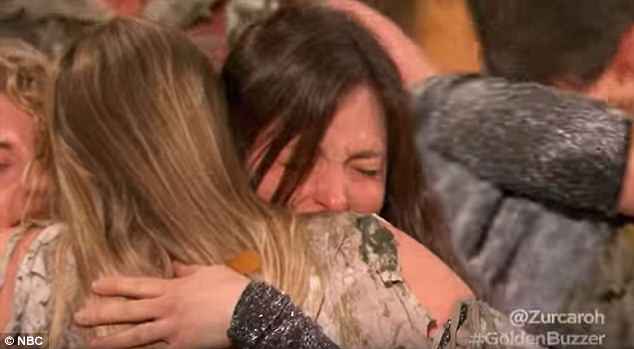 Overwhelmed: The group seemed overwhelmed by the decision with many bursting into tears 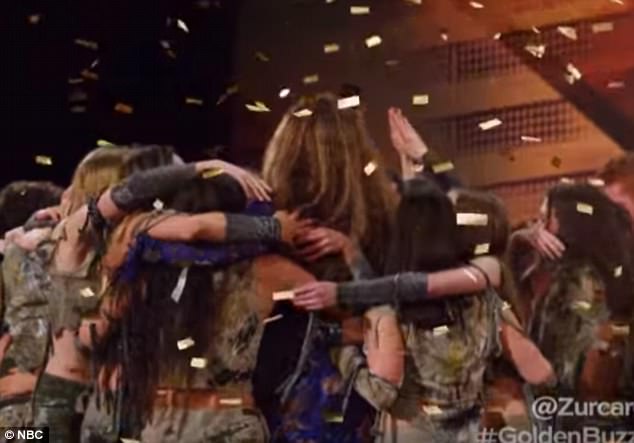 Celebration: The group then celebrated with Tyra as golden confetti swirled around them