Want to take stunning photos out of an aircraft window? Then follow these top tips from a high-flying aerial photographer (who produced amazing ‘demo snaps’ on a flight to Edinburgh)

One of the best parts of flying off on holiday is the chance to take some stunning aerial shots from the plane window.

Or, more likely – not-so-stunning aerial shots. Taking great pictures from the cabin, after all, is no easy feat.

Good news has landed, however, for those who are perpetually disappointed with their shots from the air – top tips on aircraft window photography from high-flying aerial snapper Jason Hawkes. 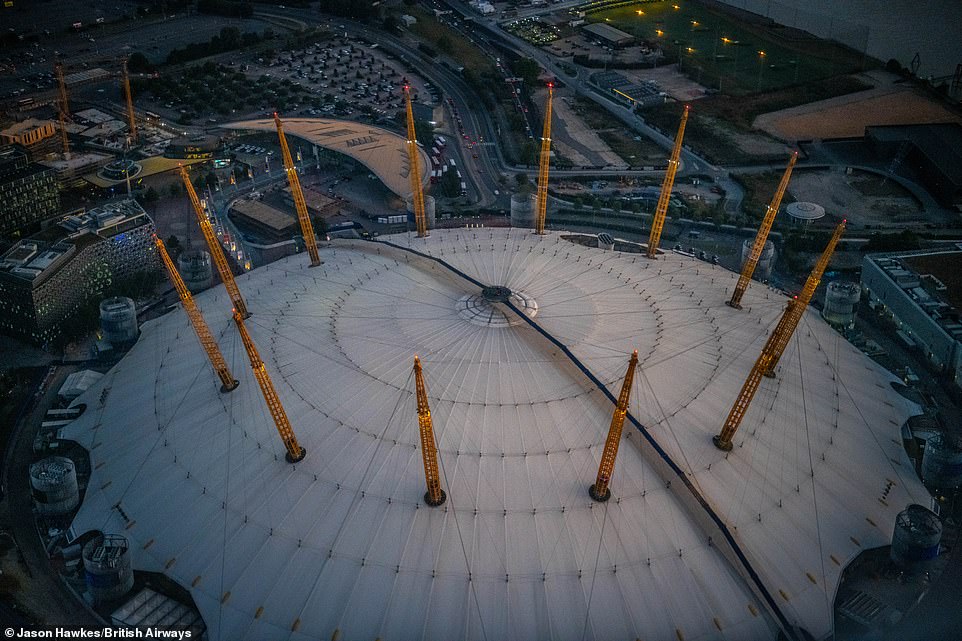 Here’s Mr Hawkes’ snap of the O2 Arena, which he took from the cabin of an Embraer 190 aircraft 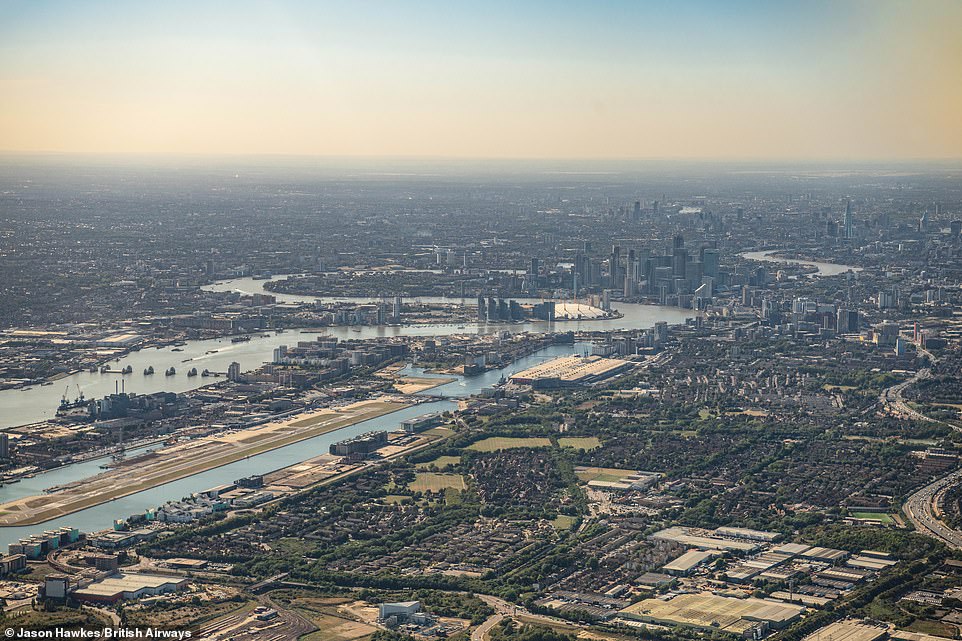 Capital stuff: A stunning view of London, showing City Airport in the foreground and the Thames snaking past the O2 Arena and Canary Wharf

Mr Hawkes usually specialises in photography from helicopters, so to become acquainted with the problems associated with shooting from a jet aircraft he went on a reconnaissance mission from London City Airport to Edinburgh, courtesy of British Airways, which is sympathetic with amateur photographers who see their pictures spoilt by, say, an aircraft wing or glare from the sun.

Jason, who usually specialises in photography from helicopters rather than jet aircraft, chose his seat carefully to ensure the perfect view from the Embraer 190 aircraft.

With two-abreast seating, so a choice of window and aisle seats on both sides of the aircraft, all he needed to consider was what part of the cabin to sit in. 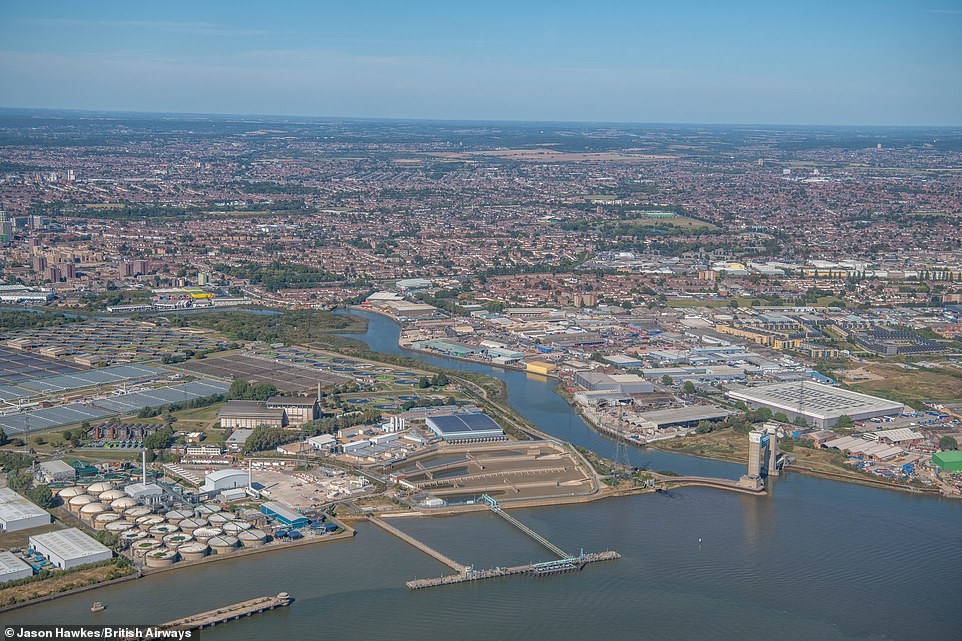 A view of the area just to the east of City Airport, with the Barking Creek Barrier guarding the entrance to River Roding

He chose window seats in row three in the front of the cabin to capture the perfect take-off shot over Canary Wharf and the approach over the North Sea into Edinburgh.

The result was a collection of picture-perfect demo images of some of the most iconic landmarks of the two capital cities.

They included the famous dome of the O2 Arena and the 95-storey Shard in London, plus the extinct Arthur’s Seat volcano, the commercial Calton Hill district and the Scottish Parliament buildings in Edinburgh. 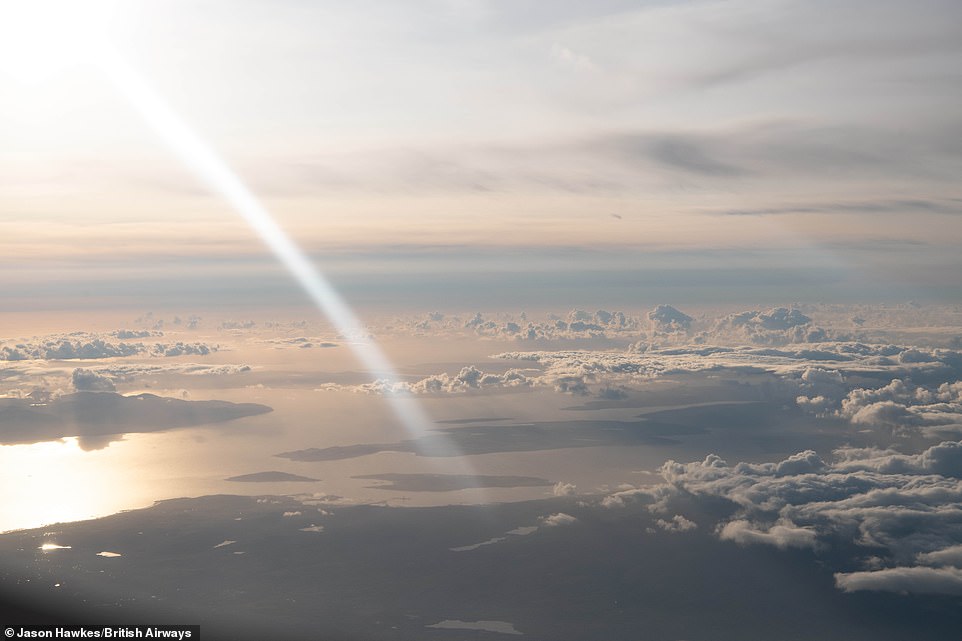 Jason said: ‘I’ve spent the past 25 years of my working life hanging out of the sides of helicopters shooting aerial views all over the world.’ This image is another that the photographer took on his trip to Scotland 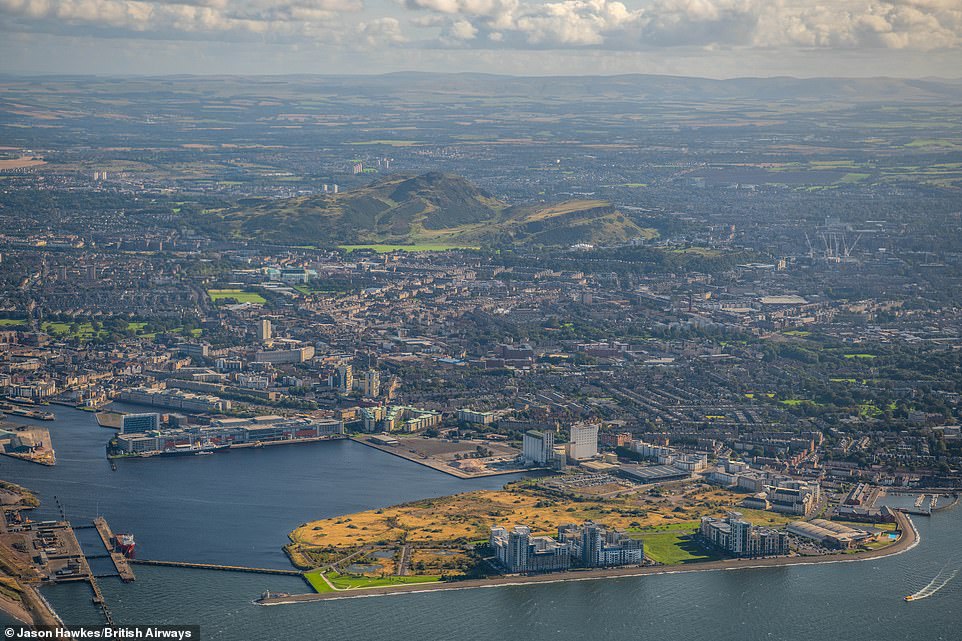 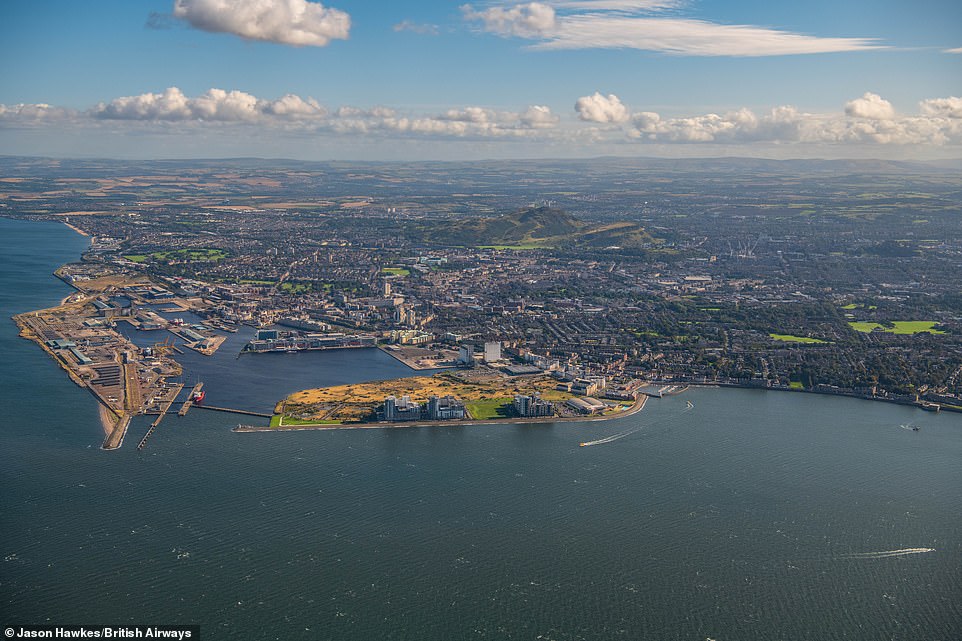 Hello, Scotland: On a clear day, the views from planes taking off from, and arriving at, Edinburgh Airport are stunning. Here Jason shows his prowess once more

Jason said: ‘I’ve spent the past 25 years of my working life hanging out of the sides of helicopters shooting aerial views all over the world. In a helicopter your first thoughts are safety, both for yourself and the pilot, and of course also for those below you on the ground.

‘It was a very different experience altogether shooting from a British Airways aircraft, certainly the first time I’ve been offered such good coffee whilst I’ve been working! In the helicopter the doors are either taken right off or open, but in a standard aircraft the first thing you’ll have to deal with are reflections and glare from the window.

So here are my top tips: 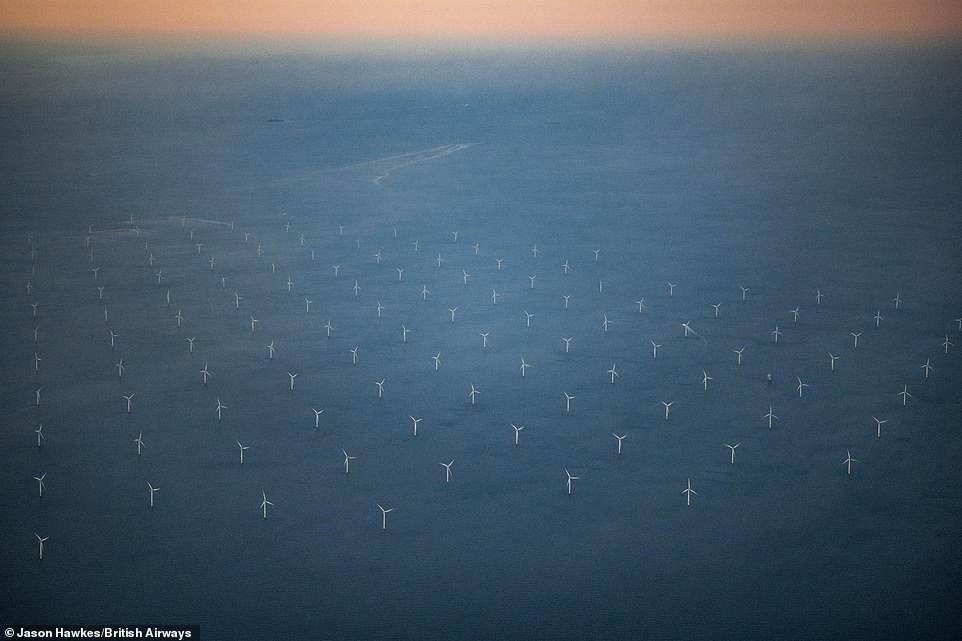 Jason said that reflections and glare from the window are two of the biggest problems when shooting from a plane. This image shows a wind farm in the North Sea

British Airways operates up to 10 return flights a day between London City and Edinburgh.